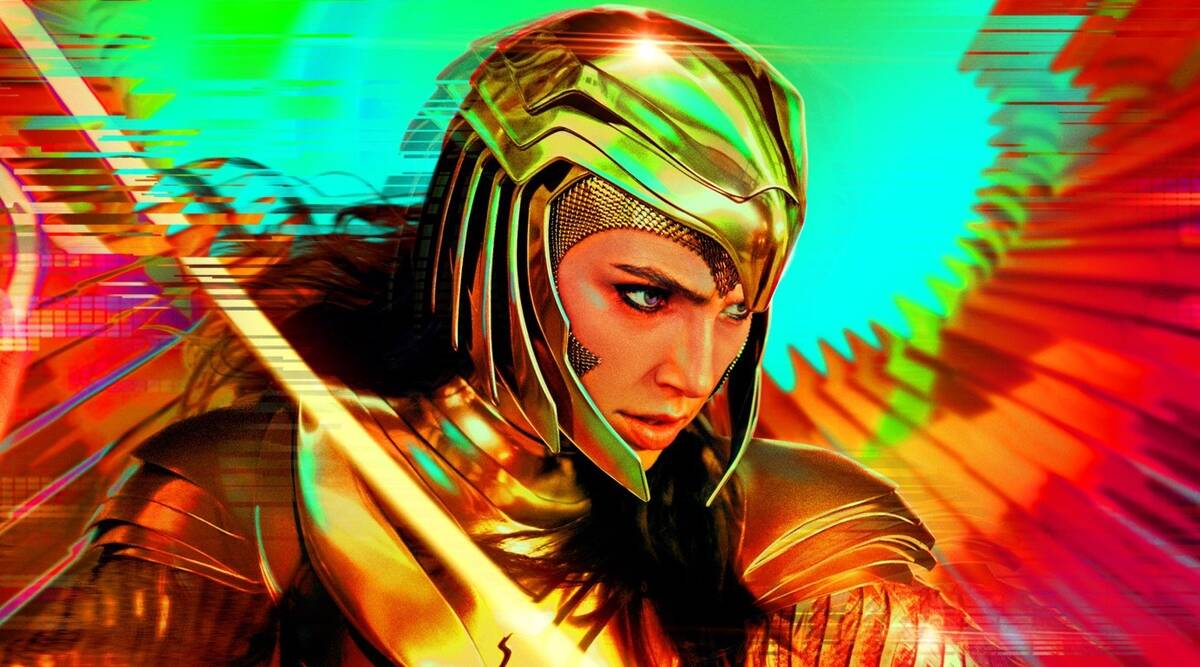 I loved Patty Jenkins’ Wonder Woman, in fact it may be one of my favorite Superhero films to date, at least the first 3/4. I loved it for a lot of reasons: bringing a character like Diana to the bleak, hopeless, setting of World War I is something I couldn’t be more on board with, the action was crisp and well-choreographed, and that fantastic No Man’s Land sequence can only be described as iconic. However, more than that, the thing I liked about the film was that no act of kindness committed by Diana was too small. I loved the humanity of the film and it really spoke to me. Wonder Woman 1984 was just released on HBO MAX and theaters as a simultaneous release as a smart way to cope with the changing times due to the world we live in now. So, today I watched Wonder Woman 1984 and I was really hoping that in what will likely be my last review of 2020, I could end out this trying year on a positive note… but sadly I can’t. To me, Wonder Woman 1984 feels like what the worst-case scenario of what Spider-Man 2 could have been if Sam Raimi returned just for the paycheck and chance to make a bigger movie, and not for the love of the character or respect of the universe.

So before I go on about the things that turned me off of this film, I want to say that there was actually a lot of things, earlier on that is, that I enjoyed about. Gal Gadot is fantastic and gives a stellar performance even when some of her lines are stilted. Kristen Wigg did a great job in my opinion and her character progression made a lot of sense, and I feel like you could really empathize with her decisions in the movie. The opening of this film sets up a fantastic overarching theme that really draws you in and it sets the stage very well for what could have been a much better film. Sadly though, this was where my positives end.

It’s really hard for me to pinpoint a good place to start, but I guess we’ll go with superficial stuff first and build to the more egregious things as we go along. This film is an editing nightmare. It’s got a wonky pace that makes the movie feel way longer than it is a lot of the time, and this pacing is not aided by the actual presentation of the film. While costume and set design are great, the seamless fight sequences and smooth visual editing from the first film that so brilliantly immersed the audience in the setting is just not there in this movie. There is a sequence that straight up feels like it was ripped from a Clark Running sequence from Smallville Season 1, and while filming like this could have been used as an intentional way to make the film feel retro, it doesn’t seem like this was the intention. Diana also trades out the sword for the lasso in this film, and frankly, while I am all good with most things since it’s a magical artifact, there were a bunch of displays that even I thought were a stretch and kind of dumb. This kind of serves as a segue into the next issue of tone.

Tonally I think this movie was trying to go for Captain America: The Winter Soldier. It’s funny because Kevin Fiege had once described The Winter Soldier as kind of an 80s spy thriller of political intrigue. However, this film kind of flips the concept by having a super campy Political intrigue story told in the 80s, and it honestly feels like they didn’t understand why The Winter Soldier worked, and what was successful to that film’s tone. The serious tone of that film was driven by the conflict of personal morality in Steve throughout the narrative. Being told he needed to get with the times. Steve was a fish out of water and this creates a very interesting obstacle for him to overcome. However, while Diana has been a frankly not-so- secret guardian (which has its own issues as while Gadot may be destroying video cameras, Jenkins clearly forgot that the profession of police sketch artists have been around since at least the 19th century), she has otherwise cut herself off from any personal connection. +

This leads me to the final point… the writing of the film. This film is rough in terms of its writing. Character dialogue feels stilted in a lot of places, however, this film had one MAJOR writing flaw that turned this movie from a film I likely would have given a 6.5- 7 out of 10 score as just an enjoyable popcorn flick, down to a 5, and that was the shoehorned resolution of the film. Maxwell Lord, played by Pedro Pascal, is the film’s antagonist. He’s set up to be this fraud businessman that is about to plummet before he gets these wish-granting powers, which I won’t bother going into how this is a massive departure from the comics, that brings him back to the top. However, Maxwell Lord is set up to have one big redeeming quality in that he’s driven by a need to prove himself to his son. All things said and done, this is not a bad concept. In fact, as a father of a 2-year-old myself, I really like this concept because it’s something that I can relate to, and I would have IF this was made even remotely genuine during the film. Maxwell’s son Alastair literally shows up initially to provide us this lens of Lord at his TRUE best, a father. However, this is interrupted by a business partner of Lord’s mercilessly tearing Lord down IN FRONT of his kid. Lord ensures his son that the man is a liar, and that Lord was going to prove him wrong. Then during the film’s resolution, Maxwell Lord finally rejects the power that he perceived to make him great, to embrace the thing that TRULY made him great, in being a loving father to this boy, which again would be solid, until you look back at how Alastair was treated after Lord got his power.

We see Alastair in 2 other scenes in the movie, the first of which happens not long after Lord gets his powers during which Lord gets angry that Alastair is there and blows him off. The second scene being Lord bringing his son in to showcase that he is the man he has always boasted to be. These scenes are not inherently bad, they are just misplaced. The moment Lord got these abilities, if fatherhood was supposed to be his redeeming quality, the first thing he should have done was call his son and have his son make the wish to SPEND MORE TIME TOGETHER and showcase Lord using this power to impress his kid. Then by the final act, we see how much the power has warped Lord because he ends up blowing off Alastair in the pursuit of more power. By effectively just switching those two scenes around, you get the earned resolution. But when I watched this film and saw Maxwell Lord reject power to save his son and embrace the truth, a scene that with the proper build-up would have made up for all the other issues this film has by effectively having a Doc Oc moment from Spider-Man 2, it was instead the straw that broke the camel’s back and effectively compounded all the smaller issues and made this movie worthless to me.

There’s not a whole lot left to say about Wonder Woman 1984 other than I wish I could have said I loved it. I wish that this movie was as good as its predecessor, or even exceed it, but the fact of the matter is that it’s a film that to me lacks any sincerity or genuineness to it’s message. For a film that exhaulted itself in being a representation of Truth in its own opening, I don’t think it was honest with even itself let alone its audience. Now this is not to say that you can’t like the movie. We all have different tastes, and that’s fine. However, for me, this film is a wasted opportunity and as much as Wonder Woman deserved a better film, her fans deserved one a whole lot more. I give Wonder Woman 1984 a 5 out 10. It has some enjoyable moments, but bad pacing, poor visuals, and a poorly paid off resolution prevent me from even considering recommending this to someone else.

‘Bad Impulse’ – Review
Opinion: After His Series Run is Over – Black Lightning Should Return As Lead Of A Justice League Spin-Off