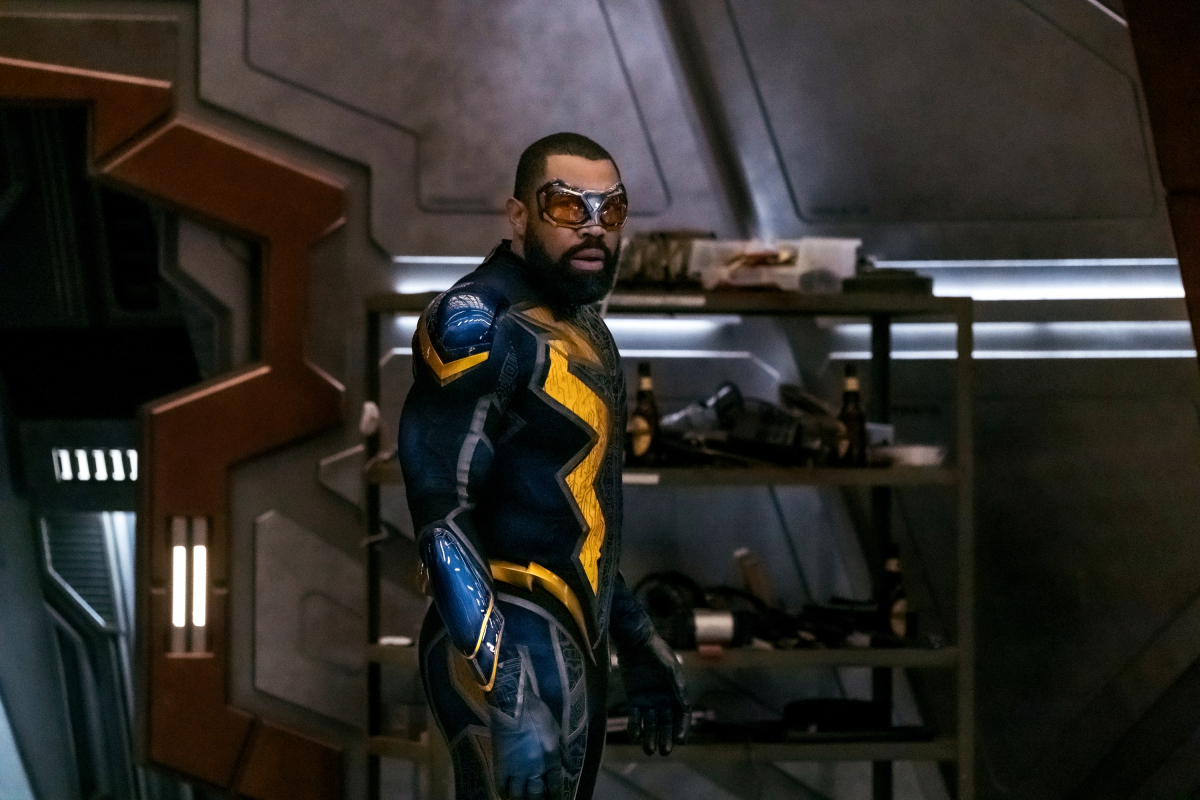 Recently news broke that The CW’s Black Lightning series would be coming to an end after it’s fourth season, which premieres February 2021. Many fans were disheartened by the news as the Black Lightning character has only recently crossed paths with the other heroes of the DC Universe in Crisis On Infinite Earths. The Crossover saw Black Lightning’s earth and history merge with both Earth One and Earth Thirty-eight to create New earth. Coming together after defeating the Anti-Monitor, the heroes of New Earth formed a team and base of operations for dealing with crisis level events. It’s understandable why fans would be upset to see Black Lightning go after only just recently interacting with the other Dc heroes for the first time, but maybe Black Lightning doesn’t have to disappear from the Arrowverse after his shows tenure is over. Black Lightning should return as the lead in a CW Justice League (or society) series .

Fans have clamored for a Justice League inspired series since the closing minutes of Crisis On Infinite Earths showed a team being formed featuring Black Lighting, Flash, White Canary, Superman, Supergirl and The Martian Manhunter. While many would say a full fledged Justice League series would be to much of a challenge to do on the CW, I think it’s possible if utilizing the format used by Justice League Unlimited where lesser known street level heroes got a chance to shine episode to episode and the core league members would appear in the most important plot driven episodes. If Black Lightning was a staple in a potential League series while having a rotating cast of new and familiar heroes, I think that would make for an enjoyable series. While Superman and Flash will be preoccupied with their own shows, those characters, could be saved for crossover events.

Black Lighting has been portrayed as a member of the Justice League throughout various comics and animated series for years and in the Cw’s Crisis On Infinite Earths, he was a founding member of the league. In the Outsiders comic and the more recent Young Justice Outsiders, Black Lighting was portrayed as a mentor to younger heroes — a role I think would suit the Cress Williams version of he character, who is a teacher, a mentor and has been a vigilante for many years whilst raising a family. Black Lighting would be perfect to lead this iteration of the League, having he most experience as a hero.

Some of Black Lightnings cast would be perfect for a League spin-off as well, like Thunder played by Nafessa Williams. Being a young up and coming hero under the tutelage of her father for the majority of Black Lighting, Thunder joining the league would be huge step for her character, showing she has become a full fledged hero in her own right. Thunder would be a great addition to the Leagues roster, adding strength as well as diversity, not to mention budget wise it may be easier to show Thunder’s powers weekly then say Superman or The Flash.

Would you like to see Cress Williams return as Black Lighting in a Justice League Spin-off? What other characters would be perfect to join him?Should the Arrowverse just use the character for Crossover appearances? Do you think a league Series could work without Superman, Batman, or Flash as a lead? Let us know what you think and as always thanks for reading!

“Wonder Woman 84” Falls From the Grace of it’s Predecessor (SPOILER REVIEW)
After An Explosive Finale, It May Be Time For Power Book II To Move On from The Ghost Subtitle