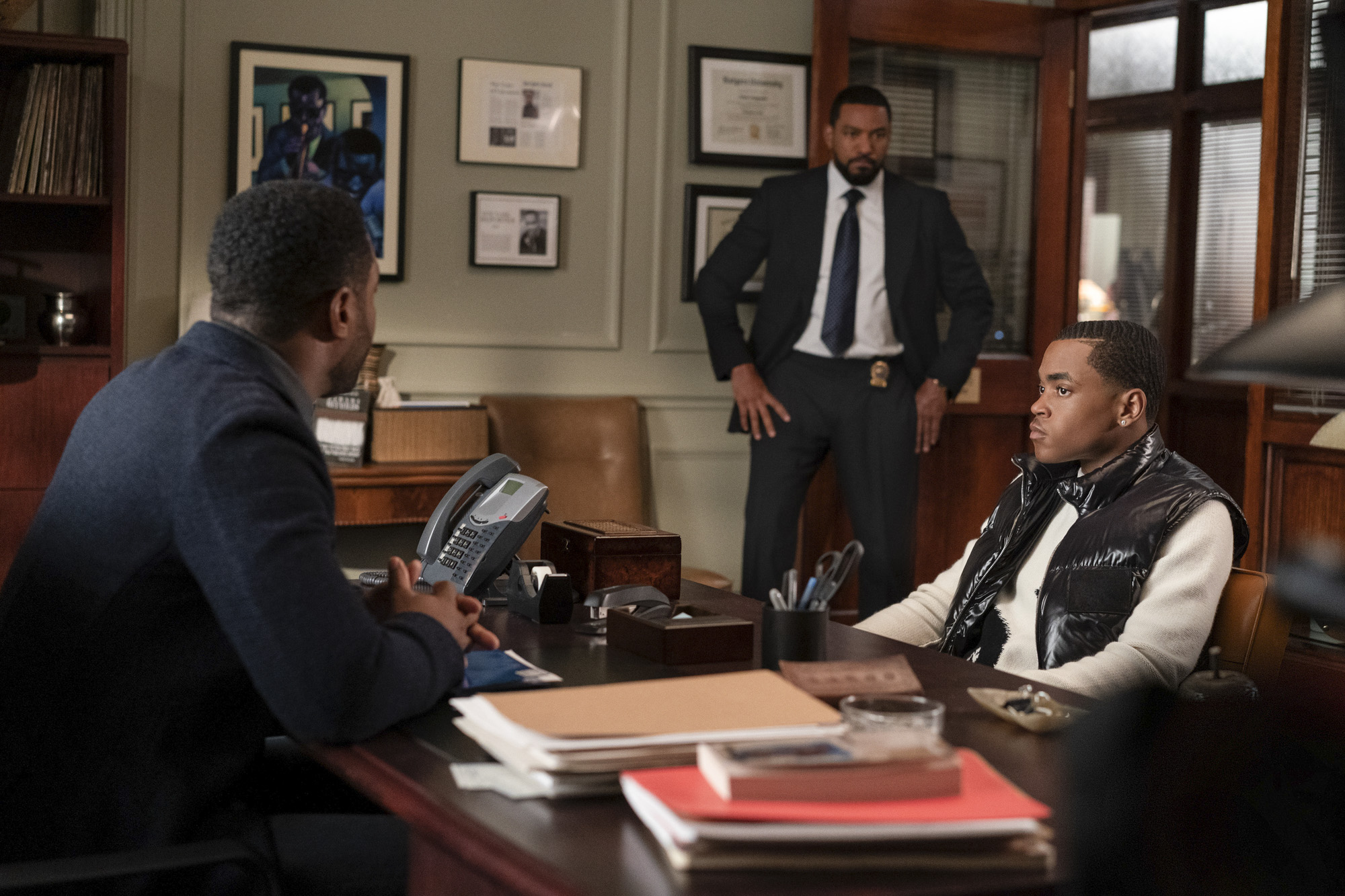 (Spoilers for the season finale of Power Book II follow)

Power Book II: Ghost just ended its first season with a terrific finale filled with twist and turns reminiscent of the original Power, leaving fans anxiously waiting for its Sophomore season. Before Book II aired fans wondered why the series had the subtitle, Ghost, seeing as the character had met his demise at the end of Power. Throughout the first season of Book II the aftermath of Ghost death plagues Tariq St. Patrick, his mother, as well the law enforcement men and women who swore to catch Ghost. The shadow of Ghost looms over all of these characters, something Creator Courtney Kemp has alluded to when speaking about the series, but after the season finale that may no longer be the case.

In the season finale Tasha was exonerated of crimes that were committed by Ghost as well as for his murder, before leaving to parts unknown, going into witness protection after Tariq feared Tommy Egan would kill her. Tariq has saved his mother from the consequences of him killing Ghost as well as seemingly coming to terms with having to kill his father, as well as their similarities, telling Monet Tejada “Ghosts never die” and telling Tommy Egan (who guest starred in the finale before appearing in his own spin-off Power Book IV) that his father was right to do things the way he did, indicating his father lives on through him. Saxe, the United States Attorney, lost his job and reputation, but found a new opportunity working with the shady lawyer Davis Mclain, effectively closing the book on the Ghost case for good. While Ghost will always have some effect on his son Tariq, he no longer effects the other characters in the same way, he isn’t that shadow looming over them anymore,and for the new characters he never was. All of this is why I feel Power Book II should abandon its Ghost subtitle, or replace it.

Recently Courtney Kemp went live on her Instagram to discuss Book II and it’s finale, as well as answer fans questions. When talking about plans for the next season Kemp spoke about Tariq taking an ethics course in the next season, and that ethics would play into the general theme of the season. In the first season the episodes were named after books Tariq read in class, and Kemp spoke on how season two would have a similar format, but what if the season as a whole took that approach? The series could temporarily take on a subtitle that represents the theme of the season, for example Power Book II: Ethics, with each season having a different subtitle. The changing subtitle could be something exclusive to Book II.

Do you think its time to move on from the subtitle Ghost? Or does the character still have too much influence on the world of Power Book II? If the creators do choose to move on from the title would Power Book II: Ethics be a good replacement? Or something else entirely? Let us know in the comments and as always thank you for reading Up Your Geek!

Opinion: After His Series Run is Over – Black Lightning Should Return As Lead Of A Justice League Spin-Off
Zaid Comics’ “Lost Pages”: The Key to a Fantastic Comic Anthology