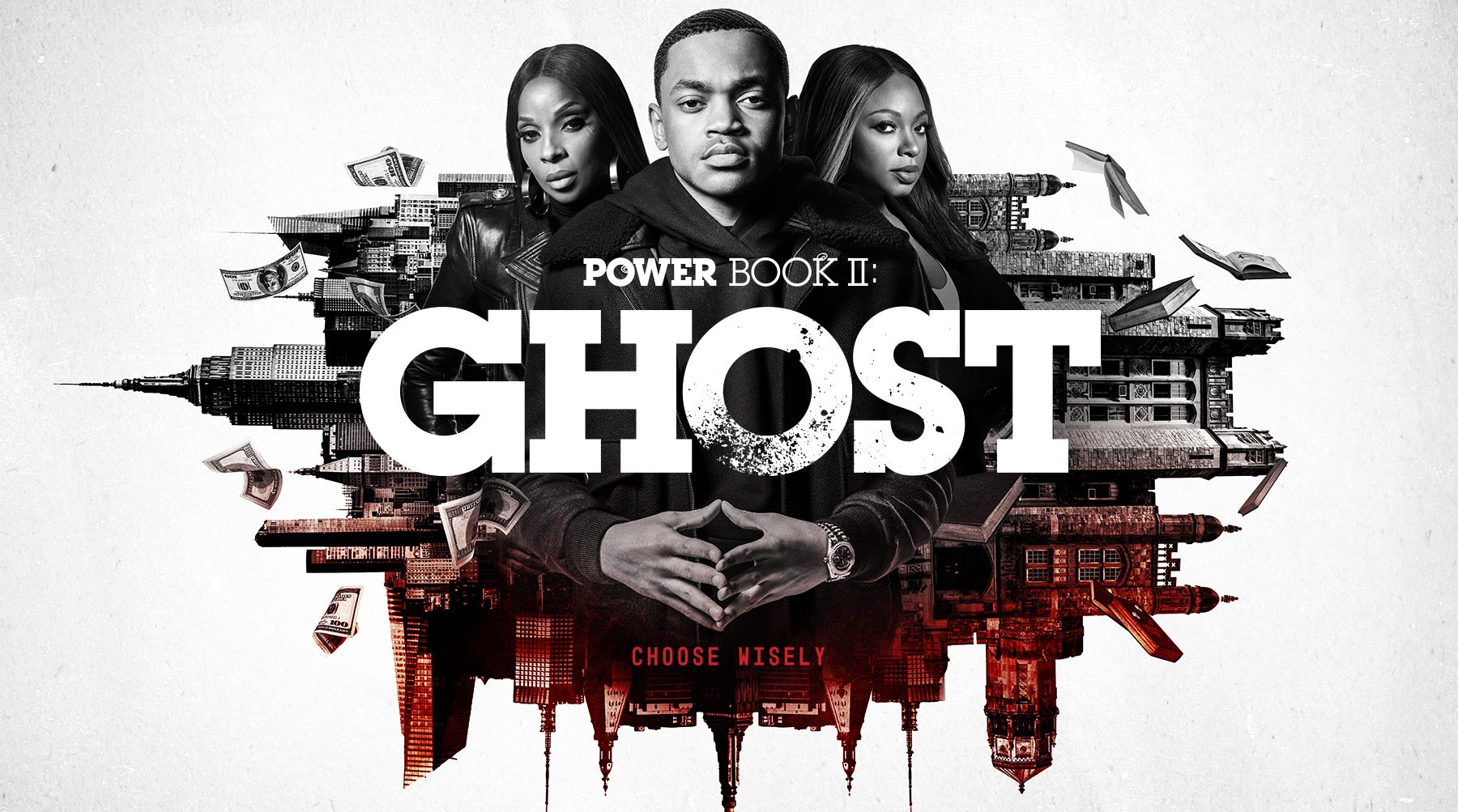 Starz has kicked off its first spin-off from hit show Power — Power Book II: Ghost. The series picks up mere days after the death of Power protagonist, Ghost, having died at the hands of his son, Tariq St. Patrick. Book II follows Tariq as he works to sell narcotics in the hopes of getting the money necessary to help his mother get out of jail, who is there for the murder of Ghost — taking the blame for her sons actions. Tariq is also tasked with completing a four year degree from a prestigious university, per his fathers will or he will not be able to gain any of his inheritance from Ghost.

One of my main worries for this series was that it would be hard for newcomers to jump into the story, with the spin-off picking up a mere seventy-two hours after the series finale of Power. Some of the original series plot lines have carried over to Book II — chiefly the story of Tariq and his mother. A new viewer may not necessarily understand why Tasha is being tried by federal prosecutors for the crimes of her late husband, or even why Tariq murdered him. A newcomer also won’t understand the relationship Ghost had with returning members of the cast like Saxe, a prosecutor who was a thorn in the main cast side for the majority of the original Power. The shadow of Ghost still looms over these characters in many ways, so I’d advise watching the original Power before beginning Book II.

Book II and the original Power share similarities between their Protagonist, both Ghost and Tariq must balance double lives, as well as having a penchant for multiple love interest. While James St. Patrick was a businessman, drug dealer, and later Lieutenant Governor hopeful — Tariq balances being a student and a tutor to a student athlete all while being the secret drug supplier at his school. While Ghost was attached to his famly in many ways, a lot of his motivations were self-centered. Similarly, in a lot of the later seasons of Power, Tariq was as well. However, in Book II Tariq is motivated by his own selfish ambitions no longer, instead he is motivated to make enough money to pay for a lawyer that can get his mother absolved of the charges she faces.

While Tariq has better intentions in this new series, his way of going about things is all too similar to his father, Ghost. Like his father, Tariq is willing to manipulate the people around him to get what he wants, be it friend or foe. We see this with his use of his friend Brayden, a Privileged rich child whose money and family name keep campus security from looking at him too closely. Because of this, Tariq Utilizes Brayden as the face of his operations, staying out of the spotlight and putting more of the risk on Brayden. Tariq also utilizes his relationship with the student athlete he tutors, Zeke, who is related to the drug affiliated Tejada family. Tariq convinces Zeke to get him closer to Monet Tejada, Zekes aunt and Leader of the Tejada crime family. After testing Tariqs skills as a drug supplier and making sure he is not a potential informant, she becomes his drug connect. Michael Rainey Jr, the young actor who has portrayed Tariq for seven years now balances the different sides of the character extremely well and has really grown as an actor since his early days on Power.

Monet Tejada and her family are one of the most interesting elements of Power Book II. It has been stated many times by series creator Courtney Kemp that Monet shares many similarities with Ghost, mainly their intelligence and ruthlessness. Despite their similarities, Monet differs in one huge way, she involves her children with her criminal empire, something Ghost refused to do with Tariq and his Daughter Raina. Through Monet and her family, Tariq is able to see a family like the one he envisioned his own to be. I speculate Tariq will see the advantages and the consequences of every one in a family being privy to all the aspects of a criminal empire as the season progress.

Courtney Kemp and company have set up an interesting ride for Tariq St. Patrick and the Tejada family while also giving us our first glimpse at the bigger Power Universe. With cameos from Rashad Tate and other characters from the original Power, it’s nice to see how these shows will connect to one another with Book II being the first of four spin-offs.

Do you plan on watching Power Book II? Or do you plan on waiting for one of the other spin offs set in the Power Universe like Raising Kanan Or Force? Let us know in the comments and as always thanks for reading!