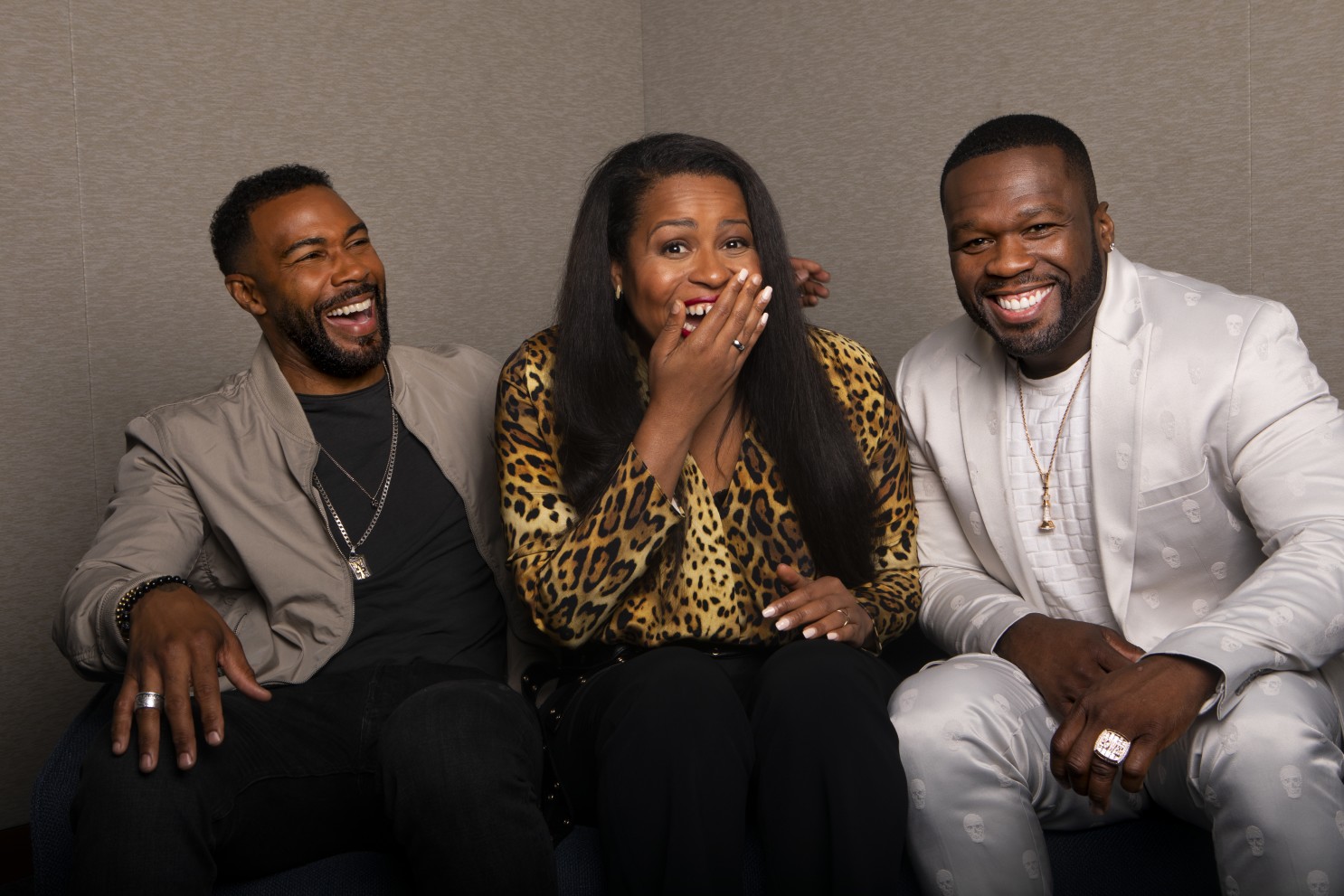 A couple of months ago Power creator and showrunner Courtney Kemp took to her Instagram Live to discuss the Power Universe with the fans of the hit series. While answering fan questions Kemp discussed the possibility of a Power Film, something Kemp revealed she has been pitching to the Starz Network for years. It was surprising to hear that Starz would be hesitant to release a movie based on its most popular franchise, especially since Starz has utilized its own streaming service for years. Major streaming services are putting out an increasing number of bigger budget films exclusive to their service — a Power film could be a great way for the Starz App to throw its hat in the ring with the streaming giants. The return of original Power protagonist Ghost in a film exclusive to the Starz app would possibly cause a rise in subscriptions. Kemp’s idea would do just that. Kemp told fans on her instagram live that her script for the Power film would be set in the past and would have Ghost, Tommy, and Felipe Lobos all return, but why stop with just one film?

When I think of Omari Hardwick and his place in the Power Universe, I’m reminded of Andrew Lincoln and his place in the Walking Dead Universe. Both universes were kicked off with series headlined by those two men, and both are arguably the most popular, as well as important character from their respective series. When Andrew Lincoln exited The Walking Dead in its ninth season it was announced that his character Rick Grimes would return in a film trilogy, showcasing Ricks solo adventure away from the original cast (still waiting on those Grimes movies). While I could see how doing something similar with Omari Hardwick’s Ghost would be a bit more challenging, as Ghost was killed in the series finale. This is where Courtney Kemp’s prequel idea comes into play. Instead of just one prequel film, Starz could release a series of prequels starring Omari Hardwick, exclusive to the Starz App. Kemp seems to have a specific story in mind for a first Power movie, but others ones could finally show fans moments only referenced in the series. Such as Ghost and Tommy taking on the Triads, or the early years of Ghost assuming control of Breeze and Kanan’s operation after killing the former and sending the latter to prison for ten years. Having the films set in the past could also bring back fan favorite recurring characters like Julio, Rolla, Anabol, Qdubs, and Ruiz, to tell the story of how these characters came to be involved with Ghost.

While there’s nothing fans of Power clamor for more than a return of Ghost, he isn’t the only character I could picture having their own film. Andre Coleman, the Power villain fans love to hate, played by Rotmi, could definitely carry his own film—Following him through his early years of drug dealing; family woes with his mother, and meeting the mother of his child, before going to prison and meeting Kanan. Angela Valdes is another character who would be perfect for a prequel film, showing her building her career as United Stated Attorney away from New York city and taking on criminals that she has no prior connection to.

Well what do you think? Should Starz give the green light to Courtney Kemp to go ahead with a Power film? Should more characters other than Ghost appear in their own prequel films? Would you rather Ghost just be revealed to be alive in the present? Let us know in the comments and as always thanks for reading Up Your Geek!