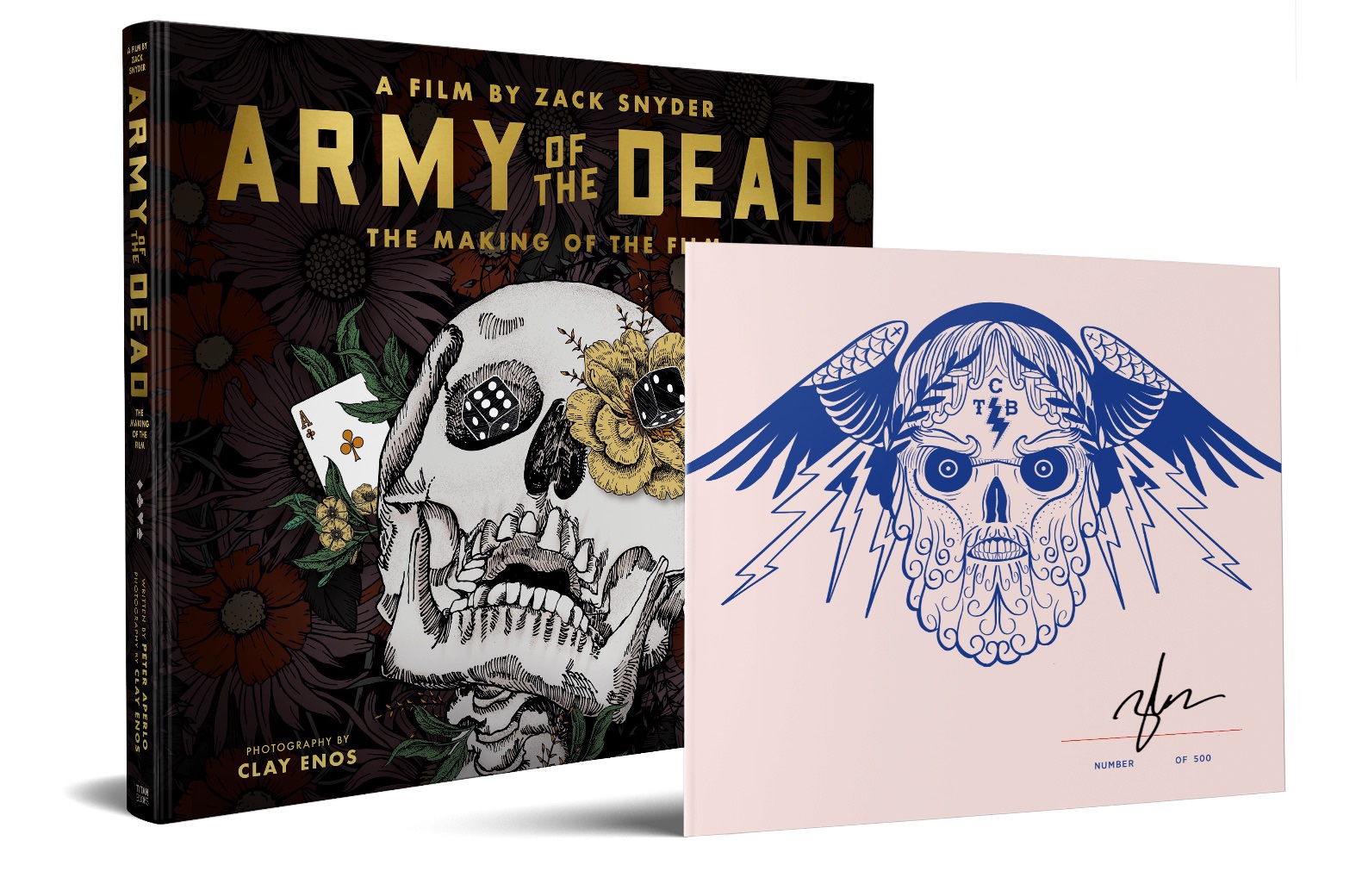 Speaking exclusively to Forbidden Planet TV, Snyder said: “Titan Books and Forbidden Planet have done amazing work with this curated exclusive edition. It’s been a real pleasure for me to have this exclusive partnership with you guys, we’ve produced “making of” books that span my filmography and they’ve all been amazing. For me as a filmmaker, just to have this record of the work that was done to create these films – all the hard work that the artists have done – these books are a service that really allow fans to connect with how these movies are made. The Army of the Dead book is really fun, it captures a lot of the spirit of the movie and the joy we had making it. Creating this special edition was a real pleasure and I’m excited for the fans to check it out.”

From the director of Dawn of the Dead, Watchmen, and Man of Steel, comes Army of the Dead, Zack Snyder’s eagerly awaited return to the zombie scene, staring Dave Bautista. Following a zombie outbreak in Las Vegas, a group of mercenaries take the ultimate gamble, venturing into the quarantine zone to pull off the greatest heist ever attempted. Army of the Dead: The Making of the Film takes readers behind the scenes of this much-anticipated film and reveals the locations, characters, and zombies. The book is full to the brim with exclusive on-set photography, costume designs, storyboards by Zack Snyder, and more, and accompanied by cast and crew interviews. Forbidden Planet’s beautiful worldwide exclusive edition, limited to 500 numbered copies, is signed by Zack, featuring a beautiful gold-foil hardcover and a unique signature sheet showcasing exclusive artwork created for this edition.

Forbidden Planet TV host Andrew Sumner said: “This interview with Zack Snyder is another example of the pop culture status that enables Forbidden Planet to attract high-profile creatives from the comic book and entertainment industry, whether it’s for an interview for our newly- launched online TV show, a store signing or an exclusive edition. Fans won’t want to miss out on this special interview, as Zack introduces his Army of the Dead: The Making of the Film worldwide exclusive Forbidden Planet edition, discusses the creation of his all-new zombie heist thriller The Army of the Dead for Netflix (debuting worldwide Friday May 21st), reveals his favourite heist movies and talks exclusively about the amazing journey to the screen (and global streaming success) of Zack Snyder’s Justice League and Zack Snyder’s Justice League: Justice is Gray.”

The new Forbidden Planet TV channel is available to watch on YouTube at https://www.youtube.com/c/Forbiddenplanetdotcom/videos – over 150 episodes are already available to view and four new episodes are posted every week featuring influential & creative guests from all spheres of the global entertainment industry.

The full interview with Zack Snyder will be available on Forbidden Planet TV from May 20th, 2021, 24 hours before the launch of The Army of the Dead on Netflix. For more information about Army Of The Dead: A Film By Zack Snyder: The Making Of The Film (Limited Edition Hardcover Signed By Zack Snyder), visit https://forbiddenplanet.com/