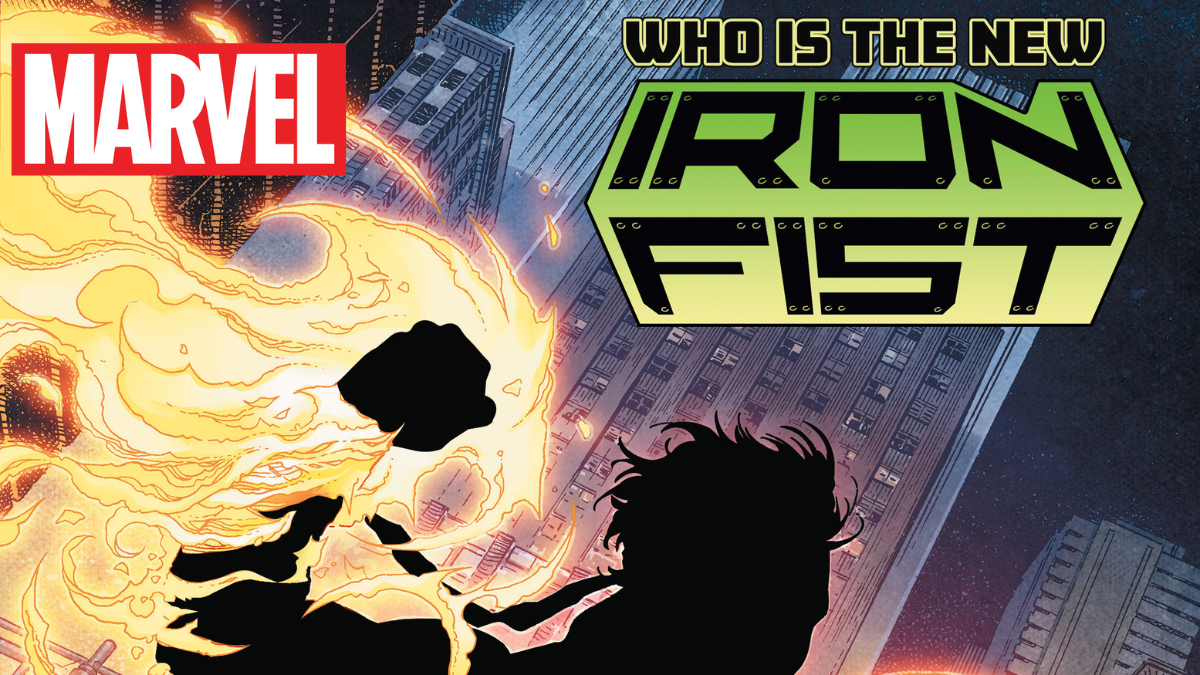 For nearly five decades, Marvel Comics fans have come to know Danny Rand as the immortal Iron Fist. Raised and trained by warrior monks from a young age in the mystical lost city of K’un-Lun, after his parents death, Danny would embrace the power and become the guardian of the gate, protector of K’un-Lun, and destroyer of the Hand. The character has grown and has been depicted across multiple mediums and has left a lasting legacy on Marvel fans as one of its unique and iconic characters.

Fans of Iron Fist, prepare for a new legacy. This February will mark a new beginning for the iconic super hero.

Award winning writer Alyssa Wong, known for her outstanding work on Doctor Aphra, will team up with artist Michael YG, an extraordinary artist making his Marvel Comics debut, in Iron Fist. The five-issue limited series will see the legendary mantle of Iron Fist passed on to a new hero in a revolutionary transformation of one of Marvel’s most fascinating mystical mythologies. Fans can expect an epic hero’s journey in true Marvel fashion as this mysterious character unlocks long-hidden secrets behind the history of his ancient powers and confronts a threat that only he has the ability to defeat!

After giving up his power to save the world earlier this year in Iron Fist: Heart of the Dragon, Danny Rand believes he’s seen the last of the Iron Fist. But when demons begin to attack cities around the world, a new hero appears, hands blazing with the Chi of Shou-Lao the Undying! Who is this new Iron Fist? And does his power really come from the Dragon of K’un-Lun… Or from something far more sinister? Fans will have to wait until the first issue to discover his identity but they can see him now on the stunning cover for Iron Fist #1 showcasing a brand-new costume design by superstar artist Jim Cheung!

Here’s what Wong had to say this upcoming series:

“It’s an incredible honor to introduce a new Iron Fist to the Marvel Universe. I’m excited to delve into the comic’s rich mythos and build on it. What does it mean for someone to take up the mantle of the Iron Fist right now, today? As a newcomer, how does one interact with legacy, and how does one honor it while forging a new path?

“I’m so stoked to work with artist Michael YG, colorist Jay Ramos, and the rest of the incredible team on this book. And writing this character, who views things through fresh eyes, feels very special to me.”

“Working for Marvel is a dream come true, yet it was beyond any dream to be trusted to carry the legacy of Iron Fist,” Michael-YG says. “It is such an exciting new direction, I can’t wait for you to read all about it because I’m giving nothing less than my best efforts!”

“The first issue is a dynamic, action-packed, eerie and…if I do say, charming comic,” Editor Mark Paniccia promises. “You’ll get the origin of this new Iron Fist but there are many cool mysteries that’ll unravel over the course of the series. Things even the most ardent Marvel fan would never expect!”

Fans can witness the rise of a new Marvel legend when Iron Fist #1 hits stands on February 16, 2022.