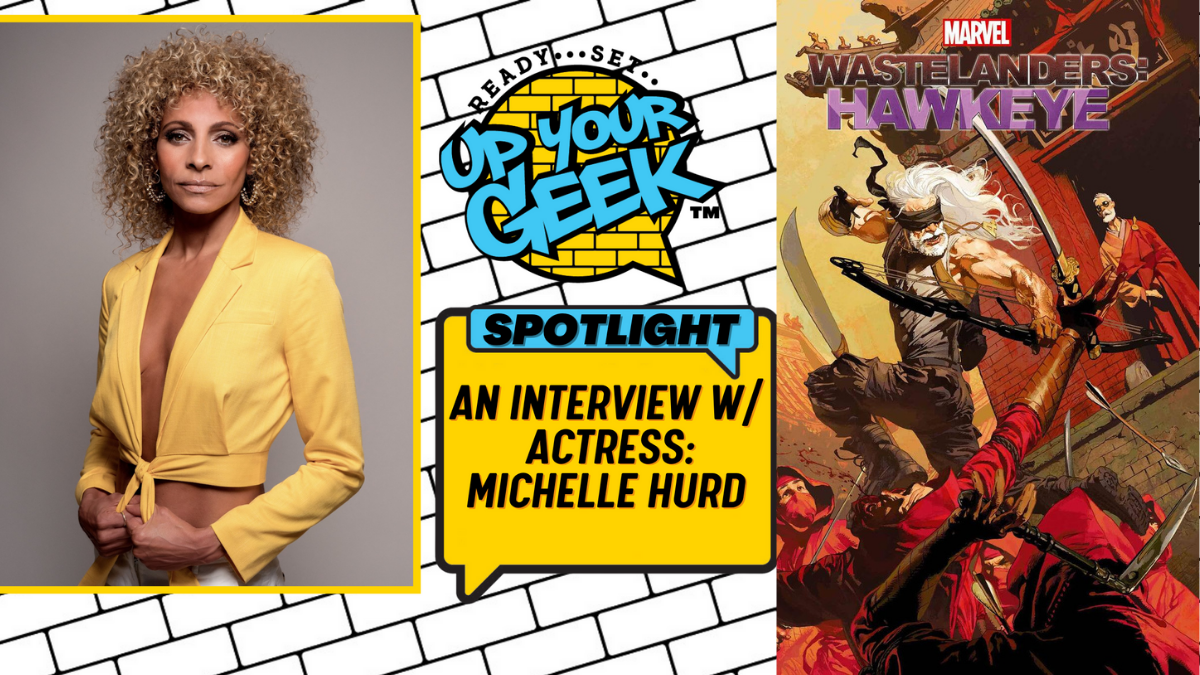 The story takes place is a bleak future where thirty years prior, the villains of the world rose up and killed all the heroes. Those more powerful and dangerous enough to stop them. The sole survivor of the Avengers, Hawkeye (Lang) is now a sideshow freak, re-living the worst day of his life for paying audiences. He’s surly, broken, and losing his sight, but there’s still that fire in him to be a hero, to avenge his friends. And he’s ready to do what needs to be done: killing every last person responsible for the deaths of those he loved the most.

When the Brotherhood Traveling Circus, Carnival and Ringmaster’s Road Show arrives at the Kingdom (in the territory formerly known as the southwest desert), Hawkeye gets an unexpected visitor, his estranged 17-year-old daughter Ash (Lane). On her own mission for vengeance after losing her best friend, Ash insists on following Hawkeye on his secret mission. In a world without heroes, Ash learns what a true hero can really be. Listen to the trailer and current episodes here.

Up Your Geek’s Lou Lamar Booker got a chance to interview actress Michelle Hurd who voices Bobbi Morse/Mockingbird in the newest installment of the multi-part Marvel’s Wastelanders podcast series. Michelle has had a long career and is best known for her starring roles as Monique Jeffries in the first two seasons of Law & Order: Special Victims Unit (1999–2001); Athena Barnes in the drama series Leap Years (2001); Colleen Manus in the crime drama series The Glades (2010–2013); Linda Bates Emery in the comedy-horror series Ash vs Evil Dead (2016), and Ellen “Shepherd” Briggs in the crime drama series Blindspot (2015–2018). She currently portrays Raffi Musiker in the science fiction series Star Trek: Picard (2020–present) opposite Patrick Stewart.

Listen to the interview below as Michelle discusses the series and story of a broken hero; taking on a strong heroine roll that other woman can look up to; her love for voice acting; and what it means to bring representation to a role, while not being judged by what to look like, but being a voice that listeners can bring their own imagination to.

Opinion: Why Sharon Carter Being A Skrull Would Be A Disservice To The Falcon And The Winter Soldier Story.
A New Hero Claims The Power Of K’un-Lun In All-New Iron Fist Comic Series