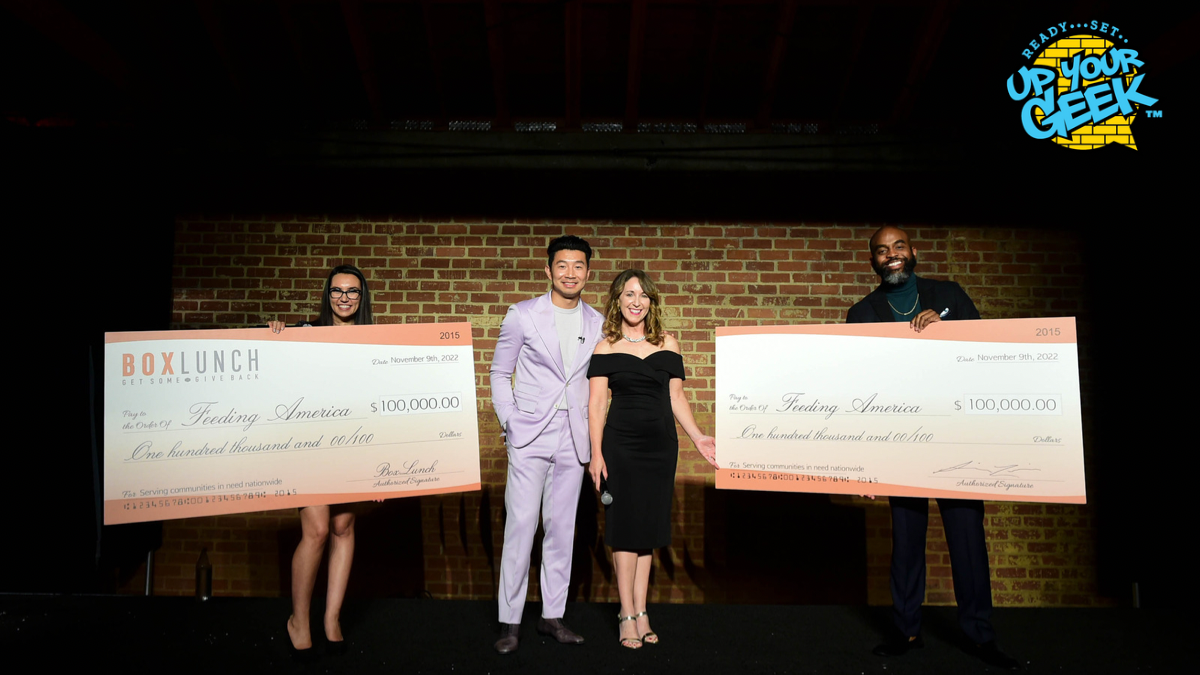 The highlight of the night came after Dr Strange and The Multiverse of Madness Star Xochitl Gomez introduced 2022 BoxLunch Giving Ambassador Simu Liu, who presented Casey Marsh – the Chief Development Officer for Feeding America – a check for $100,000 from BoxLunch to celebrate 150 million meals donated by BoxLunch since 2015. Simu surprised everyone in the audience and Feeding America by revealing that he was so moved by the evening’s festivities that he had decided to double the donation and give $100,000 of his own money to Feeding America. He produced a second check and signed it live on stage.

“Now, I have to make a confession…based on its name, at first, I thought BoxLunch was a sandwich shop. But I quickly found out that it was a place that could help feed more than just me!” Mused Simu Liu. “BoxLunch has an impact on people across the entire United States through the donations each retail store makes to its local community, and its donations to Feeding America’s nationwide efforts. Now I am thrilled to be a part of that. I couldn’t let the opportunity to help make a difference as the new Giving Ambassador pass, so I felt moved and honored to match and double the BoxLunch Donation and make it $200,000!”

“It is incredible to have the support of Simu as our Giving Ambassador as we continue to bring awareness to the missions of BoxLunch and Feeding America. Tonight was a powerful celebration of what we have done thus far, and it was an inspiration for what we can do going-forward,” said Steve Vranes, CEO at BoxLunch.”

In addition, for every like that attendees received on on their social media posts using the tag #BoxLunchHolidayGala BoxLunch pledged to donate an additional meal to Feeding America..

More in Causes in Pop Culture