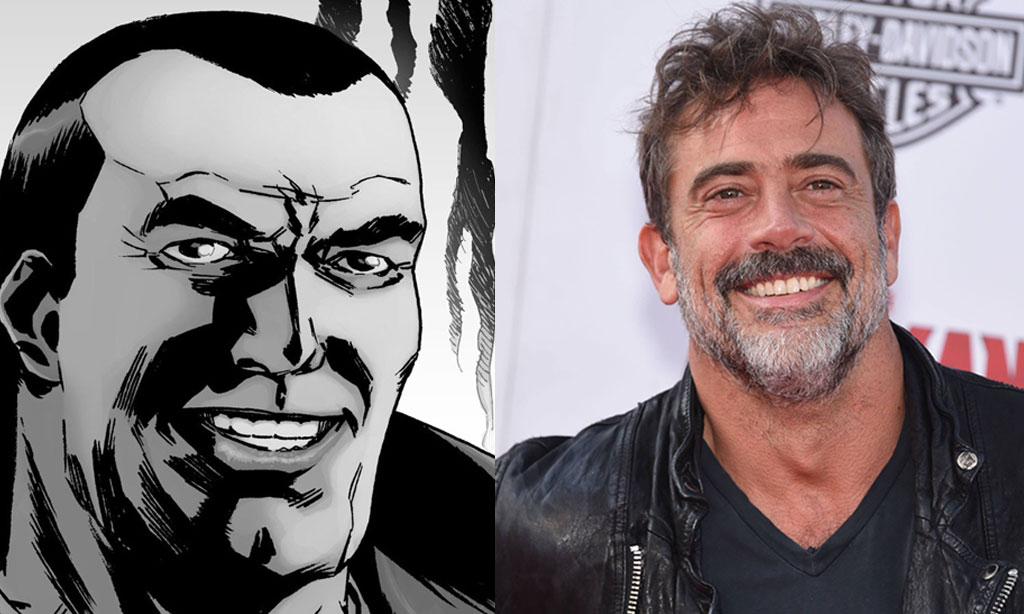 Jeffrey Dean Morgan appeared on Opie With Jim Norton’s show to talk about his upcoming role as Negan on The Walking Dead.

Morgan opened up a bit about the character he’ll be playing, “Soon-ish” on the AMC series, saying, “This guy is a no nonsense kind of guy.” As fans of the comics, we know that, but Morgan elaborated a bit more for those who aren’t familiar with the Image/Skybound comic. “He’s gonna put the hurt on people but he’s also got a great sense of humor.”

However, those of us who know The Walking Dead comics, know that Morgan’s character has a colorful vocabulary, to say the least. “Every other word is f—, f—ing, f—ity, f—!” Morgan semi-joked.

Surely, it will be tough for AMC to pull of the character as menacingly as Robert Kirkman did in the comics under the FCC’s censorship, but it looks like AMC is looking to continue pushing the limits on what is acceptable on cable television. “I know that in talking to the producers and Kirkman that they’re making pleas to AMC,” Morgan started. “They’re gonna push it as far as they can because it’s really important to this character. It’s a lot of how he expresses himself. Look, I’m prepared to swear up a storm and gleefully.”

Fans should be thrilled to see the foul mouthed villain come the second half of the Walking Dead in 2016.

How do you want to see Jeffrey Dean Morgan portray Negan on The Walking Dead?