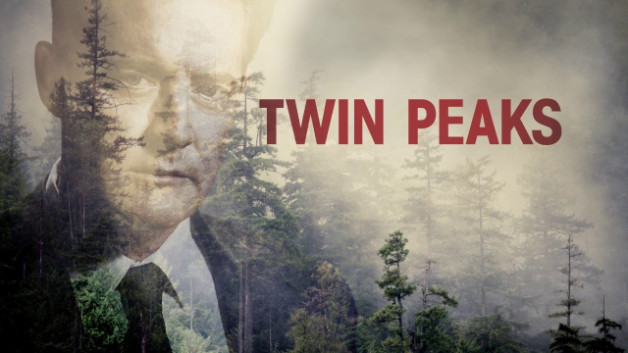 Twin Peaks debuted on ABC in 1990. It was the first crossover of the auteur David Lynch into the realm of television and it quickly became a surprise hit. It set up the mystery of who killed Laura Palmer and took the world by storm. It was critically acclaimed and was lauded with affection, but with larger intervention on the show the second season quickly wrapped up the Laura Palmer mystery which was never supposed to be solved and the second half of the season’s quality fell off a bit. The finale of the second season was a different story. David Lynch came back to direct the episode himself creating one of the most intriguing and surreal episodes of any television series delivering on his signature style in spades. Not long after the series was cancelled a film entitled Fire Walk With Me was released and met with lukewarm critical reception mainly due to the failing popularity of the series.

The show and subsequent film went on to become a cult sensation with people labeling the series as one of the greatest shows of all time and the film is praised as well for it’s fascinating departure from the shows campier tones in favor of a darker and more complex Lynchian feeling.  This new life in cult status led to fan speculation and hope that in an era of reboots and revivals that Twin Peaks would be the same and that fans would get an opportunity to see all of their favorite characters again and see them back to their old habits. What wasn’t expected was what we got when Twin Peaks: The Return aired in 2017. The show actively avoided being like the original series and while this may seem like a bad idea, it turned this season into a masterpiece.

Masterpiece is a lofty categorization to bestow on any form of art, but there are many reasons as to why this fits this series incredibly well. The first and most obvious of which is that the creative decisions behind the show make it work. Twin Peaks was originally created by Mark Frost and David Lynch. They led the show to success in the early days, but at that time television wasn’t seen as the art form that it is today. While there certainly were some incredible shows at the time, most shows told individual stories so that it would be easier for people to jump in on at any time. Once Twin Peaks hit, the series followed a straight narrative that continued each week. It was a shift in how television is handled and it kept viewers engaged. This shift is still felt to this day with many shows taking major influence off of what Twin Peaks accomplished so early on. With such an influential series beloved by fans it’s hard to imagine what the new season could bring to the table that could be groundbreaking. The answer to this came in the form of the film, Fire Walk With Me and how David Lynch’s style made an impact on the series as a whole. It’s crucial to explore his style to give context to show how The Return becomes a masterpiece in and of itself.

In 1992 the film Twin Peaks: Fire Walk With Me hit the theaters and as mentioned previously the film was met with widespread criticism. It was an incredible departure from the tone of the show and it didn’t help that the series had fallen out of popularity rather quickly. The film itself is a ride. Instead of being a direct sequel to the show’s cliffhanger it decided to go back in time and tell the story of the events that led to Laura Palmer’s demise. This film was not hampered by adhering to content for television and David Lynch had creative control. It’s a film that perfectly encapsulates his style, which is a heavy focus on symbolism, surreal imagery, and making the audience feel rather than observe a completely coherent narrative. The film itself bridges time and even gives fans more insight into the ending of the series in subtle, but engaging ways.

Lynch’s style is incredibly iconic. His style can be felt in his classic films such as Eraserhead and Mulholland Drive. These films are not meant to be told in a linear or straightforward manner, but in a way that captures the visual medium and allows for audiences to feel emotions. It’s manipulation of feelings is something that carries over into all of his work. His films never directly addresses the questions it raises in a manner that explains everything clearly. The truth is often hidden under layers that you’re forced to work out for yourself. The film in itself does this and with this in mind it perfectly sets up the tone in which The Return picks up on.

The Beauty of Subversion & Surrealism

Twin Peaks The Return premiered last year on Showtime fully embracing the style set forth by Fire Walk With Me. It was an 18 hour David Lynch film that took every frame to tell it’s complicated and bizarre narrative. Mark Frost is there to help guide the narrative and help to craft the lore, but Lynch is given the room to completely experiment with what can be done on television. While the original series dipped its toes in embracing the supernatural elements, The Return basks in it. It never holds your hand as it walks you through to the infamous Red Room and answers are sparse. It even manipulates time and space while not clearly stating exactly what is happening.

The show leaves you questioning the events of the whole series. It manipulates the characters while adding new characters, that may seem unimportant but happen to be just as important. Every thread connects even if it feels like it doesn’t. It even manipulates the tone leaving the new show without a lot of the same humor that it once had. It’s dark and dares not to take many breaks from this tonal shift even when it is comedic there is always a feeling of dread looming over.

There are moments in the series that seemingly don’t amount to anything. They don’t necessarily add up and they seem to add little value to the show on first glance, but everything is on the screen for a purpose. Whether it be to enhance the narrative or to manipulate the audience to feel things. Even if that feeling is one of frustration and confusion. Without spoiling Part  8 of this season is one of the most experimental episodes of television I have ever seen. It’s a perfect encapsulation of what this series’ goals are.  It’s impossible that anything like that could have aired during the original series where the majority of the episode takes place without any of the main characters appearing and without dialogue. The imagery is incredibly surreal and tells the audience everything while also showing nothing making it one of the most hauntingly beautiful and terrifying hours of television.

In addition to it’s incredible moments  of surrealism it dangles  the fan service moments away from you constantly. It does not try to retread the moments that made the original series iconic and it intentionally skews sideways. Even the return of the beloved character Dale Cooper is not an easy or straightforward one. It takes a majority of the show to even give the slightest moments of fan service. This can be incredibly frustrating, but taking into consideration that Lynch is manipulating how you feel you begin to realize the point of the show. It is in itself a slight commentary on the state of reviving old shows.

While most revivals play too safe, The Return intentionally goes against all expectations. It wants you to be frustrated, but when the moments that bring back that old feeling do arrive they feel earned. They don’t feel cheap. They feel like the series has led to these moments and it’s excellent, but these moments don’t last long. It almost feels as if the creative team has decided to bring back these moments to examine why people liked them and how they would feel if things changed. How audiences consume content without necessarily striving for something different. It’s a brilliant dive into self-reflection and how surrealism can be used to have deeper concepts.

It’s obvious that David Lynch and Mark Frost felt like this was a perfect time to Return. The World is a different place than it was all those years ago. Times change and to expect Twin Peaks to not change up would be unrealistic. It is not the easiest series to jump into especially if one is not familiar with Lynch’s previous work, but those that do can uncover the layers that this intricately haunting series contains. It’s a Masterpiece not only because it revives a much beloved series, but because it dares to be different in an entertainment landscape littered with safety. It’s a difficult challenge to take risks and the entirety of this season was nothing but risks. It asks that the audience uses their mind to find things that speak to them. It does not tell you how to feel during a lot of it. Some moments can either make sense based on how you interpret it or they can be completely irrational.

This type of surrealist show does not come along often and because of this it has pushed this to near cult status. It’s difficult for this to catch on to wide audiences, but the audience it does have understands the haunting and terrifying beauty of this incredible series. It deserves all the recognition it has gotten and it deserves to be recognized as one of the greatest shows of all time.