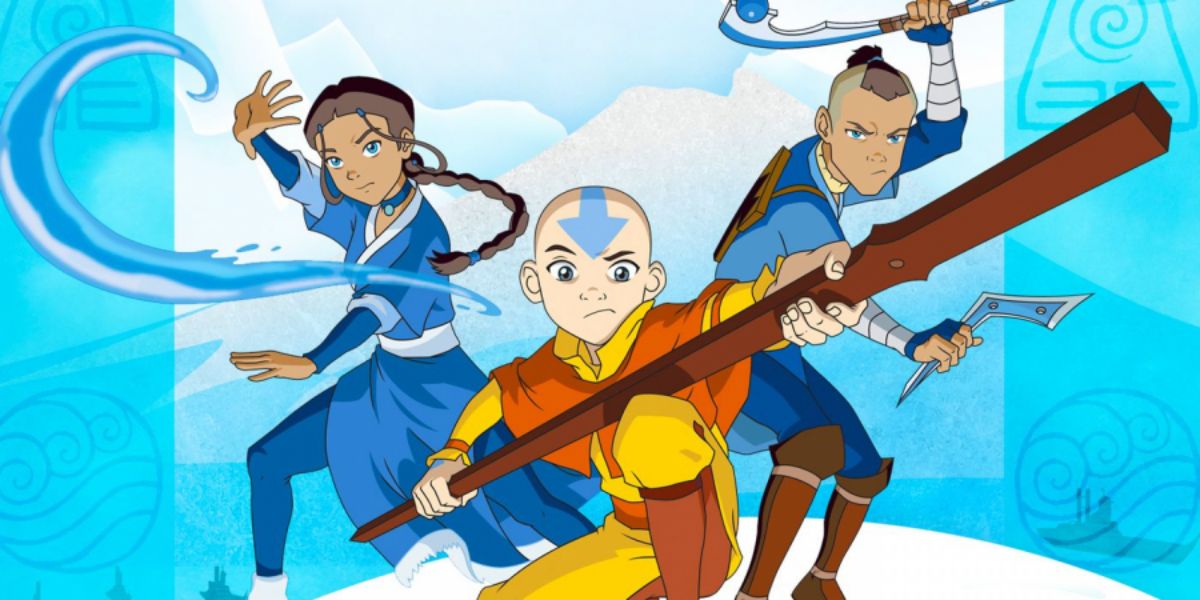 It is not difficult to notice that often times the incredible versatility and ability of television to tell stories is overlooked in favor of film. While film has a certain level of freedom, television has time to really dive into the hearts and minds of viewers with the complex characters presented. Avatar: The Last Airbender is one example of a series that not only succeeded in the entertainment factor, but gave audiences complex emotions to tackle. It challenged viewers on a channel mostly associated with children’s programming, Nickelodeon. This series has touched the hearts and minds of so many people. Very recently the entire series finally returned to Netflix and has seen a significant reemergence of the fandom in new and exciting ways. This reemergence is one that asks the question as to why the show has had such a long lasting legacy in the pop culture landscape. This deserves examination and analysis, but to understand its legacy we have to first understand why the series works as well as it does.

Avatar: The Last Airbender lasted for 3 action-packed seasons from 2005 until 2008. It followed the adventure of young, Aang in a world where people have the ability to bend and manipulate the elements in a skill called bending. Aang is an airbender who discovers that he is also the Avatar, which is the one person with the ability to control all 4 elements and after being frozen in ice for over 100 years he is awakened by young waterbender Katara and her brother, Sokka. This leads them on a journey to end the reign of the imperialistic Fire Nation and bring peace to the world.

This series had all the possibility of being just be another simplistic story with a good vs. evil narrative that could have been lesser, but what made this show stand out was its ability to empathize and give depth to so many of the main characters. Every single character had their own wants and needs that avoided a lot of the tropes of action shows and especially action shows made for a younger viewership. The narrative was at the core of this series and while the characters were fleshed out the world brought so much depth and understanding to other cultures that hadn’t really been represented in that way in an animated series outside of Anime. There was quite a lot of care and structure to this show and with it being limited to just 3 seasons allowed for a broader exploration if the lore and Universe, while still staying focused on the story at hand.

Most of the time programming meant for a younger audience avoids trying to tell a cohesive narrative in a season. They are often more concerned with making sitcom style series with a different adventure every episode so that it would be easily syndicated and this is especially true for when the time this series was airing. Avatar broke those conventions not only in the format, but in the tone. The show has many moments of levity, but the overall story is a somber and serious one with genuine risks and emotions fairly portrayed. This enthralling narrative is one of if not the main reason people care so much about this property. Having an animated American show depict genuine emotions and excitement over a 3 season arc was not common and it has stuck around because of its boldness in doing so.

When dealing with a medium as difficult as animation sometimes the quality of it can either make or break a show. You can have phenomenal writing, but when the craft and technical aspects fail to execute then that series can completely crumble. Luckily this was absolutely not the case for Avatar. The show had a beautiful combination of more modern artistic choices, while drawing on classical inspirations which created something incredibly unique and influential.

Avatar is an American produced show that draws heavy inspiration from Eastern people and culture. This reflects heavily in every moment of this series. The animation is top notch using the modern techniques of the time alongside studying the art and styles of actual martial arts to create fluid sequences based on genuine research of Asian philosophy. The animation has such impressive range from expressing subtle moments to the biggest and most elaborate looking fight sequences filled with such beauty. The show uses its animation to appropriately tell the story and often times some of the most impactful moments are just moments of silence or reflection based on the gorgeous art designed for the sequence. This extremely impressive art style speaks volumes on its own, but the entire production is just as much responsible for its beauty.

Paired with the gorgeous art and animation is the entire team that designs the World and provides the voices. The voice cast is made up with extremely talented young actors put alongside some veterans including Mark Hamill and the late Mako. All of their performances really let what’s on the page in the script hit hard. They carry the emotional weight and as the show progressed they all got more comfortable in their roles, which allowed for greter reflection of the character and an indication of their journey. The cast is aided by every other aspect of the production that came together to bring something that really hasn’t been done to this scale for Nickelodeon again, which is a shame because this is arguably their best creative endeavor as a network.

The measure of worth for any artistic property is how it stands the test of time and how it impacts everything around it. So many films, songs, and works of art have all impacted other artists and creators to go on and create similar pieces and to help form the medium itself. Avatar is one of these properties that come only so often and completely reshapes how we view animation as a whole. It was a step forward and impacted the work of so many others.

The biggest thing that I have seen been directly impacted as a result is the confidence other shows had in exploring a narrative that asks more from the audience. The format of shows simply sticking to a sitcom approach is common, but now more than ever have we seen more animated American shows tell season long story arcs and go beyond what is expected. Some of these shows have hints of Avatar throughout whether it be the balance of tones or the real laser focused approach to understanding the lead characters. There are so many modern shows that have taken on the Avatar approach, but Dreamworks animation has been trying to find that right balance with their popular reboot of Voltron and their highly successful reboot of She-Ra, which concluded its 5 season story not long ago. So many shows attempt to capture that magic whether it being telling an action show with a similar style or more appropriately finding their own niche that takes cues from the characters of Avatar and changes things to make the new work its own thing. Inspiration in media can come from anywhere and Avatar has inspired more things than people probably even realize.

The show’s legacy persists into 2020 as the hype around its return to Netflix was surprisingly high. The show came back to Netflix and found itself at the top watched content on that entire platform, which is impressive given Netflix’s vast array of original content. It stood its ground among the competition and the fandom is still just as strong as ever, which is incredible given the longevity of most shows don’t go much beyond their original airing. It’s all because of how deeply fans have connected to these stories and that connection is what is allowing the continued success and upcoming live action adaptation to thrive nearly 15 years after the show’s inception. That is a powerful legacy to contend with.

Avatar: The Last Airbender is not only one of the best animated shows it is also one of the best shows of all time. The series has lasted way beyond what it should have and proved that American audiences can be receptive to deep and emotionally fascinating stories using the medium of animation. The recent revitalization of the property is a testament to the quality of the work that was put into it. I see this show making waves and gaining even more fans as time goes on. If you have yet to see it I highly recommend it now that is has made its way back to Netflix. You won’t regret it and maybe you will find yourself a part of this ever growing and ever persisting fandom.

From AMC To VOD – The Future of Cinema
Strange Adventures #4 Review: The Adventure gets Stranger (Spoilers)