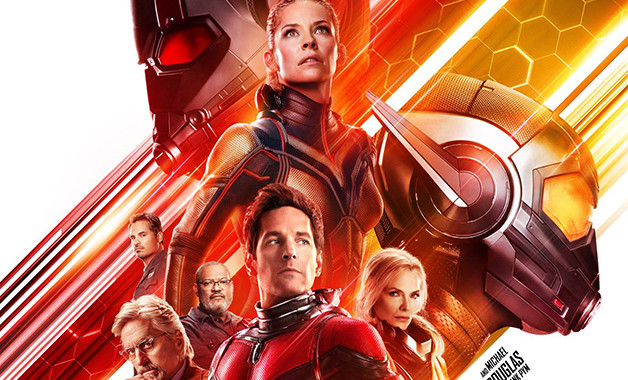 2018 has been a massive year for the Marvel Cinematic Universe with both Black Panther and Avengers: Infinity War doing well not only critically, but financially as well. They both were shining examples of the best the MCU has to offer and while their year is beginning to wind down in terms of films there is one last movie certainly worth mentioning. Ant-Man and the Wasp is the sequel to 2015’s Ant-Man. That film was successful in having an excellent and lovable performance from Paul Rudd in a fun heist movie setting with superheroes. It was a fun ride that may not have hit the same heights as other MCU films, but it still had charm and a great cast. The expectations for Ant-Man and the Wasp to be better than the first film are through the roof. There is a sense that people expect better from sequels in the MCU and there is quite a lot of curiosity as to whether or not this film will be successful. I went in not expecting much of anything and I’m happy to report that the film certainly is a worthy entry in the MCU although not as excellent as the MCU’s previous two films this year. Here’s my Spoiler-Free Review of Ant-Man and the Wasp.

Without divulging on the more spoiler elements of the plot the film follows Scott Lang serving out the remainder of his two years house arrest after the events in Captain America: Civil War where he fought the Avengers. With him nearing the end of the two years he’s maintaining a good relationship with his daughter and things seem to be going well. That is until now fugitives Hank Pym and Hope Van Dyne are researching the Quantum Realm to find Hope’s mother, Janet. With a revelation of the Quantum Realm Hope and Hank kidnap Scott to make headway into the research, but a new foe emerges in Ghost whose intent is on stealing the now portable lab of Dr. Hank Pym. This embarks upon a race against time for not only Scott who if found out is not at home will serve 20 years in prison, but in also finding out where Janet Van Dyne is.

The Plot while simple in manner is effective. It’s story is one of the weaker elements in the film in that it’s fairly typical, but it still works regardless giving some very familiar, but satisfying points. It also is great to find out where these characters have been during the recent events of the MCU and the most obviously connected was that of what happened in Captain America: Civil War. The actions in that film influenced the characters’ stories and in particular how Scott is treated. The race to discover where Janet is is probably the most engaging aspect of the story and it works because this plotline was introduced in the first Ant-Man. While it may not be that impressive of an element, the plot still is a worthy component that makes for a highly entertaining journey with these characters.

The first film had a lot of behind the scenes issues with Edgar Wright leaving the project and Peyton Reed stepping in to handle the film. While I would have loved to have seen Wright’s vision that film still had a likability and charm thanks to Peyton Reed’s direction. His strengths lie not in the ability to tell the most convincing of narratives, but in the execution of the humor, which these films are essentially lighthearted MCU comedies. The tone is the same as the first film and in many ways feels exactly the same because it is handled by the same director. It’s writing team consists of Chris Mckenna and Erik Sommers, who wrote on Spider-Man Homecoming as well as Paul Rudd himself. Their strength in the writing comes forward in the very well handled and hilarious comedic gags, which many of them are executed brilliantly. These talents behind the camera do a great job at supporting those in front of it.

The cast is an extremely talented group of actors including the always likable Paul Rudd alongside Evangeline Lilly and Michael Douglas. They return to their roles as if they never left them, which makes them have great screen chemistry. In addition to the returning cast there is a plethora of new characters that make an impact and these include Laurence Fishburne, Michelle Pfeiffer, Randall Park, Walton Goggins, and Hannah John Kamen all in significant roles. Kamen portrays Ghost and she does a great job at not only being an intimidating villain, but a sympathetic character with more depth that I initially expected of the film. The new cast in general is able to fit into their parts well doing a good job at giving what is needed for each character they are  portraying. It’s a stellar cast of talented people that all do well even if the material at times doesn’t give them as much to work with as Paul Rudd or Evangeline Lilly have.

On the technical side of the film the cinematography and overall look of the film is very standard for the MCU, but the action is very well handled and is a lot of what really works about the film. The fight choreography alongside the CGI and use of the suits shrinking and growing abilities are standout moments with some of the most clever use of these fantastical elements. This film in comparison to the first feels much more like a superhero film in these fight sequences alone. They definitely help to elevate the film’s unique qualities amongst the crowded superhero movie genre.

The sound in the movie is just as important as visuals and unfortunately the accompanying musical score by Christophe Beck isn’t that memorable. It still captures every scene well, but it leaves room to be desired. This isn’t a big downside seeing as the sound foley on the other side is very good and it fits the film extremely well. The sound in general does a good enough job to successfully tell the story and for the moments of humor to shine through.

This film is a lot of fun and has some of the best moments of humor the MCU has seen. Without spoiling there are also some broader MCU connections that appear and those moments elevate the film beyond just being a standalone comedic superhero movie. They are certainly worth the price of admission. Ant-Man and the Wasp isn’t a perfect film by any means, but if you enjoyed the first film like I did than I am sure that you will enjoy this film and you might even like it more. While it may be the weakest MCU film this year it still plays a part in helping build the ever growing narrative of this connected universe and it takes the time to have fun while doing so. I definitely recommend it.

Retro Review: ‘Metal Gear Solid 4: Guns of the Patriots’
The Permeating Issue Of Toxicity In Fandoms