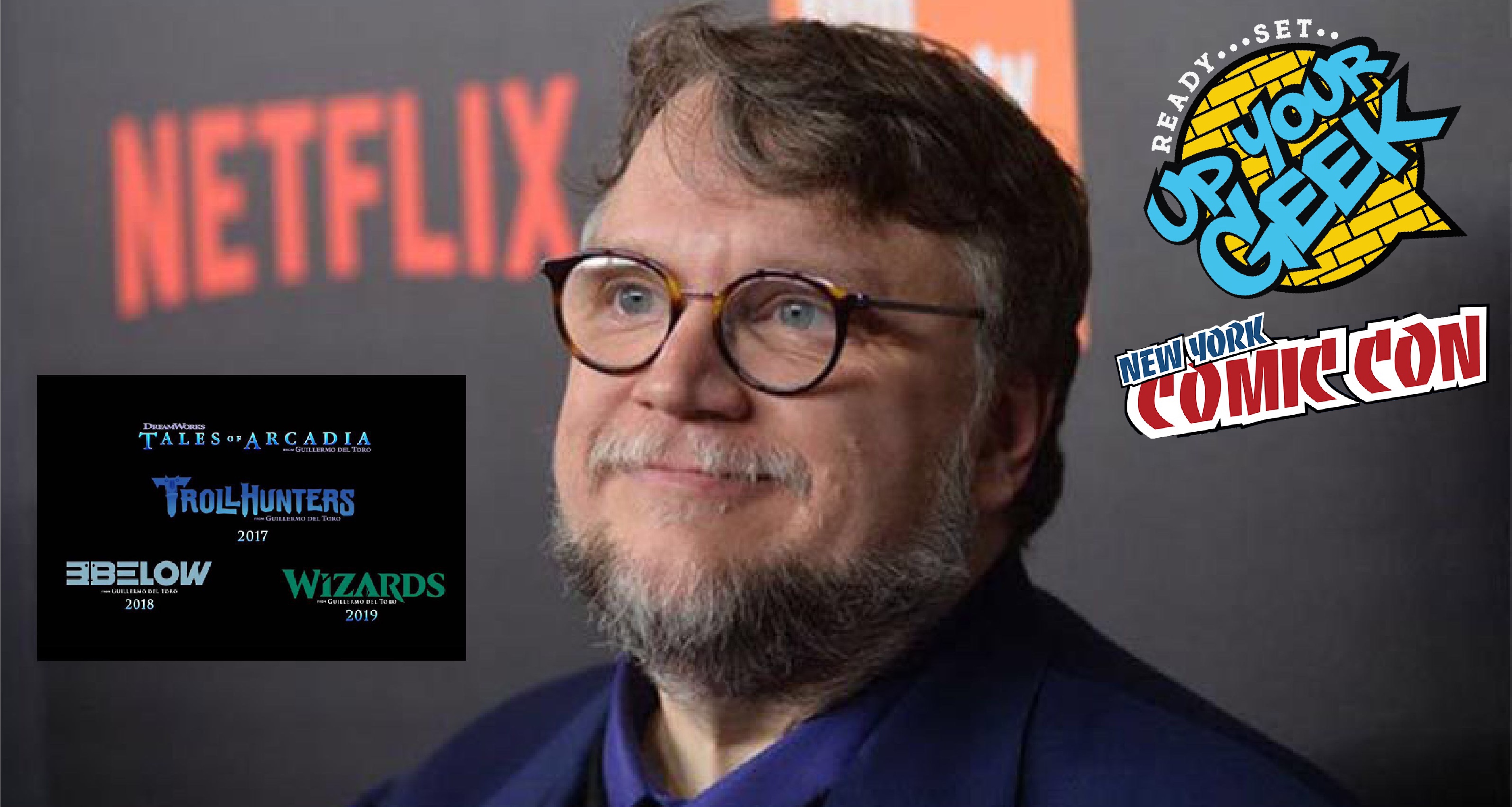 DreamWorks Tales of Arcadia:  3Below to debut at The Hulu Theater at Madison Square Garden

Creator and executive producer del Toro, alongside series star Diego Luna, and fellow executive producers Rodrigo Blaas, Marc Guggenheim and Chad Hammes, are set to provide a first look inside the upcoming Netflix original series DreamWorks Tales of Arcadia: 3Below, the second chapter in the DreamWorks Tales of Arcadia trilogy.  Fans of the 7 time Emmy®-winning Trollhunters can expect to find several familiar faces in 3Below when two royal teenage aliens, Krel (Luna) and Aja, and their bodyguard flee a surprise takeover of their home planet by an evil dictator and crash land in Arcadia.

The series is set to debut in 2018. DreamWorks previously announced the series will feature Luna and Tatiana Maslany in the lead roles of Krel and Aja. Additional details for the panel can be found below (talent appearances subject to change):

DreamWorks Tales of Arcadia: 3Below, a Netflix Original Series

Guillermo del Toro offers a first look inside his upcoming Netflix original series DreamWorks Tales of Arcadia: 3Below, the second chapter in the Tales of Arcadia trilogy. The panel will also include executive producers Rodrigo Blaas, Marc Guggenheim and Chad Hammes, and actor Diego Luna. The series follows two royal teenage aliens, and their bodyguard who flee a surprise takeover of their home planet by an evil dictator and crash land in Arcadia. Now on the run from intergalactic bounty hunters, they struggle to blend in and adapt to the bizarre world of high school all the while attempting to repair their ship so they can return and defend their home planet.

DreamWorks She-Ra and the Princesses of Power, a Netflix Original Series

She-Ra is back! Inspired by the popular ‘80s series, DreamWorks She-Ra and the Princesses of Power tells the epic story of an orphan named Adora, who leaves behind her former life in the evil Horde when she discovers a magic sword that transforms her into the mythical warrior princess She-Ra. Join executive producer Noelle Stevenson (Nimona, Lumberjanes), Aimee Carrero (voice of Adora/She-Ra), Karen Fukuhara (voice of Glimmer) and more as they offer a first look at the highly-anticipated series.

In addition to the panels, DreamWorks will also offer an immersive fan experience inspired by the imaginative world of the highly-anticipated series She-Ra and the Princesses of Power at Booth #502. The activation will include a larger-than-life She-Ra statue, as well as interactive photo opportunities that will transport guests straight to Etheria, the Whispering Woods and Hordak’s lair. Reservations are required to attend the fan experience. Please look out for more information on New York Comic Con’s social channels.

About the DreamWorks Tales of Arcadia trilogy:

On the surface, Arcadia appears to be a slice of timeless Americana, but it is no ordinary town.  It lies at the center of magical and mystical lines that will make it a nexus for many battles among otherworldly creatures including trolls, aliens and wizards.  DreamWorks Trollhunters, the first installment in the DreamWorks Tales of Arcadia trilogy, will be followed by two additional series 3Below in 2018 and a final chapter Wizards set to debut in 2019.

DreamWorks Animation Television is one of the world’s leading producers of high-quality, animated family programming, reaching consumers in more than 190 countries.  Creating a diverse array of original content in a variety of formats and delivering deep, fully immersive worlds served up with compelling characters, the prolific studio has garnered 22 EmmyⓇ Awards since inception in 2013 and is home to such beloved series as DreamWorks Tales of Arcadia: Trollhunters, Spirit Riding Free, Trolls: The Beat Goes On!, The Boss Baby: Back in Business, Voltron Legendary Defender, The Epic Tales of Captain Underpants, Harvey Street Kids, Dragons: Race to the Edge, All Hail King Julien, The Adventures of Puss in Boots and the upcoming She-Ra and the Princesses of Power, Kung Fu Panda: The Paws of Destiny and 3Below. DreamWorks is a division of the Universal Filmed Entertainment Group within NBCUniversal, a subsidiary of Comcast Corporation.