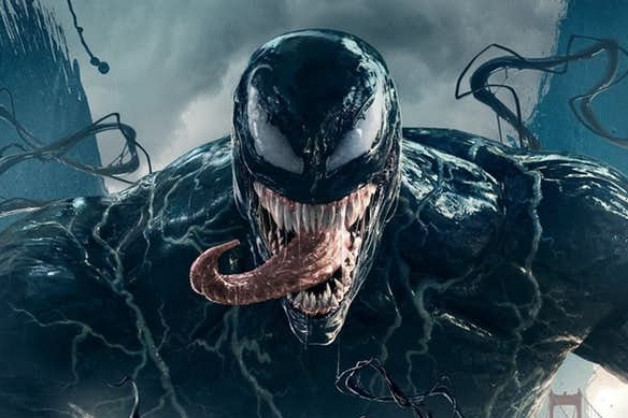 Superhero films are everywhere. They are either constantly being announced or they are constantly being promoted. Even in the world of television, superhero properties are a constant. There is no way to avoid seeing them and for many people including myself we love having the variety of these comic book characters on multiple screens. There are many examples of excellent shows and films that have come about from the genre. With this being said there has been a recent trend of films that normally would not get the green light. There have been some projects that have made fans question why they are happening and the two that I want to focus on as being great examples is that of the new Joaquin Phoenix’s Joker film as well as Tom Hardy’s Venom film. These two films have seemingly come out of nowhere and they each have gotten interesting reactions. The two of these films work as perfect examples for how Hollywood and fans can often be at odds with the properties that they both love. It’s an excellent example of not only the relationship between fans and filmmakers, but also Hollywood’s attitudes towards these properties. With the release of the Joker images there is no better time to look over this growing and fascinating trend.

Why These Villain Films Have Garnered Mixed Fan Anticipation

When you happen to be a fan of the superhero genre and specifically comics in general then you often have a very protective attitude towards the characters you’re fond of.  They mean a lot to you because you have put time and effort into following the stories about them and you have a perception of who that character is. With that being said there is an ownership that is felt in that way and sometimes this can be toxic, but often times it can be something positive and very personal. The idea of a super villain spin-off is something that has been done before and sometimes quite well in comics, but it’s an entirely different medium than that of Film. With the two films of Venom and the Joker project there is a lot riding on them. They are being produced by Big Hollywood studios and their decisions are often dictated by financial decisions rather than artistic decisions.

Venom is set to hit theaters this year and there is a reason why Sony would want to do a Venom movie. The character is extremely popular and a really fascinating villain from the comics. It comes with a huge fanbase, but a lot of what makes the character interesting is his relationship with Spider-Man. The origin is so closely tied into Spider-Man that this film’s vision has really made fans worried. While he may look good as Venom it seems that Sony is completely changing the character from a Spider-Man villain to a Tom Hardy anti-hero. This is a difficult thing for fans to get behind. It’s a complete reboot of the character and while Sony is more than willing to change things to fit their needs to fans it seems like the film has no reason to do so other for the obvious reason of Sony wanting to keep making money off of their ownership of Spider-Man movie rights. It’s a very business-like film production and the fans can easily tell this.

In addition to the Venom movie, Warner Brothers is currently in the process of filming their new DC film, Joker in which it would be the origin story of the clown prince of crime. While the Joker has been given some backstory in the comics most of the time it’s usually vague as to who he is and where he came from. WB hopes to make the film a solo story with an extremely popular character, but in a similarity to Venom’s case they forget that what makes him really interesting is the relationship with Batman. Their back and forth is at the heart of who he is. If you take that away it can certainly make him to be more hollow, which fans like myself certainly don’t want. There is some excellent talent involved including Joaquin Phoenix, but in another similarity to the Venom film this one doesn’t seem to do much besides use a popular character to headline a film even if that character probably doesn’t work as the lead in a film. It’s an oversaturation based upon the assumption of Hollywood Studios.

With all of these films coming about as well as other proposed projects having similar choices it seems as if these properties are being used to make as much money as possible without the right intentions or thoughts put into them. While both of these films could turn out to be good there is no denying that fan reaction being mixed isn’t a good thing for either. They have done little to take the fans’ thoughts into account for these projects and they are feeding into what they believe could be lucrative. Business decisions are important for Hollywood films, but the business can often get in the way of the art of it all. It’s reflective of a recent trend Hollywood has been latching on to. Specifically the use of superhero films because they have proven to make money and it is not just these two films that have been a part of this.

The Overarching Superhero Trend In Entertainment

Hollywood is absolutely saturated with Superhero entertainment. It is ever-present and it is pervasive whether it be in film and television. This trend is  due to the superhero films that took risks and allowed the genre to be successful. They are often big money makers for studios and we are seeing an influx because of their successes. The trend in Hollywood to have a superhero property is very strong. It has a built-in following and often times it can bridge the gap between adult and child viewers because they rarely go into the more R rated territory and when they do that doesn’t mean they make less money either. The Deadpool series has proven that.

Marvel has done an excellent job at building and maintaining a shared Universe that has spanned for over a decade and still doing well commercially and critically. Other studios are most definitely taking notice and more and more superhero properties are arising because of the success. It’s a constantly moving system of studios needing a comic book property because they see the value in adapting an iconic character. It is inherently easier to do this than risking things and creating a new property to work with because it could easily be a major disappointment. Hollywood Studios often want to feel secure in their investments and with the constant success in the geek cinema genre it is way easier for them to put money into something that could make them money even if creatively it might not be the most unique or interesting thing.

The super villain origin films are definitely odd choices for films if you follow the characters, but having the context of the trend in superhero films and the need to make returns on investments choosing them for variety makes a lot more sense. These films may be getting medicore early reception from fans, but  they are still drawing interest. They are being discussed about and people are remembering they exist and they could very easily make the studio money even if the quality of the films might not live up to what fans want. This is certainly a terrible thing for the quality of art present in these films, but the reality is that money can oftentimes be seen as the driving force in entertainment and it is certainly the reason why the Superhero genre is as prevalent as it is.

It’s difficult as a fan of great film and as a fan of superhero films to swallow that Studios care more about the financial gain than the actual property. This isn’t always the case, but it happens often enough that it is a major negative aspect. The Villain Origin films are merely a result of the superhero trend and while they could easily surprise people and be great it is not great that they seem to be out of touch with what the fans want of these characters. It is apparent that while the good can be great, such as many superhero films breaking new ground, there will always be those that are purely business decisions. We have yet to see how Venom and Joker will play out, but regardless there is very little stopping the trend that is Superhero entertainment in Hollywood.