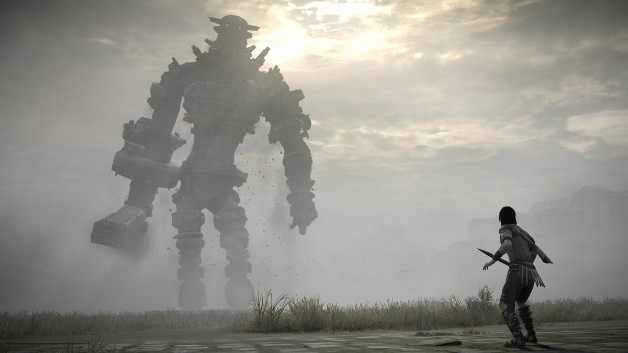 Gaming is a staple is modern life with it becoming more and more prevalent in the 40 years since its arrival in the 1970s. There constantly is new changes being made to the medium and technology is rapidly improving giving gamers more to choose from in terms of video games and the way that they play them. It’s a massive medium of art and it’s extremely popular, but it’s not the most respected form of art. In many cases there is a lot of people who still look down upon gaming as a serious form of art and dismiss it entirely. With those that consider themselves to be gamers this is confusing seeing as the artistic craft of game development is ever present in all of gaming. So many games are working to not only make the biggest and most detailed experiences, but they are working hard to express things that can only be presented in this medium and they are constantly attempting to break the mold and bring new experiences. Its place as an artistic endeavour has been brought into question from those with little experience, but I feel like it is important to look at the reasons why it is still so looked down upon and to look at how that could change as time goes on. Games are art, but it is crucial to see how its perceived and how to change that perception.

Video Games have been around for quite some time. Their invention is close to half a century, but in the grand scheme of things they are still an extremely young medium. The invention of them has come on the heels of computer technology making the critical and fast leaps in their processing power. With moving from the 1960s into the 70s and 80s it was becoming more apparent how important computer technology would be to improving daily life. While computers themselves saw major advancements including the home computer being brought to the consumer market in the 80s, the technology that could be possible because of these computers became an even more dominating concept. While computer games were a thing since the 1960s the way we look to gaming began with the release of Pong. The simple game of two paddles and a ball in the middle paved the way for the rest of the home video games to come about and by the 1980s developers moved on from games with simple graphics to more detailed sprites and environments. These more detailed aspects began integrating multiple facets of artistic expression into the games including that of music and story.

This was an important step for game development as well as for more themes to be heavily integrated into gaming and while adults did play many of these games an even larger audience were children. This still is extremely common, but because of this the generation that has viewed these games are purely just toys for consumption have refused to look upon gaming as a serious artistic craft. It’s newness and immediate connection to children has caused certain people to look down upon the medium as a whole. What isn’t recognized was the constant work that has been put into gaming as the times have changed. Games have gradually become more and more visceral and often times moving experiences. Their nature as a medium is unique and while things have changed rapidly, attitudes about how new it is as a medium have in some ways stayed the same. In the last few years some changes and more acceptance of it has begun, but it has been met with opposition to its credibility. This in many ways is similar to how Film as a medium wasn’t looked upon as a serious art form at first. It was often seen as throw away entertainment, but after time and after visionaries made changes film has now become a serious and respected art form that gains recognition universally. Visionaries in the field of video games are fighting an uphill battle against its own youth as a medium. This is beginning to change little by little, but it is a difficult transition.

While the artistic qualities of Games can’t be contested, the constant observation from those that don’t game or that don’t care often point to the interactivity as a criticism against its validity as art.  What makes games unique as an art form as opposed to other mediums is the ability to control the character or events that transpire throughout the course of the game. With those that look down upon gaming the argument is that art is meant to be a passive experience in that the people who view said art shouldn’t have an impact on the art itself, but more in the interpretation of the art. They say the interactivity takes away the original creators artistic intent and puts it upon the player, which loses the quality. This argument has been brought about by several individuals, but there are some serious flaws in this logic.

Art is essentially an expression of something. It’s an interpretation of an emotion, thought, feeling, or even action through a creative outlet. Art can be nearly anything that presents any of those things in a manner and to deny the interactivity as an aspect of the art is a short sighted approach. In a lot of ways interactivity can enhance an experience for the narrative or concepts presented. A few years ago the game, Gone Home was released. There is no overall objective but to explore an empty home. The interactivity of the exploration puts you into the shoes of the character coming home and through notes, clues and other things you can discover a very emotional story about a family falling apart. It’s a beautiful example that if this story was told in any other way or just told to you it wouldn’t have the same impact as the act of finding these things on your own. The creators of these virtual worlds create interactivity to have the player experience something and that experience isn’t any different from the experience one can gain from analyzing a painting or viewing a film. It’s just as valid and while it’s understandable to be wary of games and how art is handled it does not determine its validity as something with substance.

While the previous issues tackled the medium itself and last and most valid reason for it to be looked down upon comes from something that is extremely difficult to tackle and that is the toxicity presented within its fandom. While there are many games with many individual fandoms the gaming community has a huge issue with toxicity.

The Gatekeeping among white male fans is ever present and rampant. They often use their privilege to attack those that are different from them. While racism and sexism is present everywhere it can be especially bad in Gaming fans. The brunt of these issues comes from the way in which men attack women who like to game. Whether it be with questioning their validity as players or giving them the respect they deserve it often taints everyone who enjoys games. I’ve seen several examples of women being attacked because of their gender when it comes to online play and even if they aren’t attacked they can be overly harassed sexually. It’s an incredibly disgusting thing that still occurs and it makes it difficult for women to be into what they like without dealing with other toxic fans. While women face it often it can happen to multiple people including members of the LGBTQ community as well as people of color. It’s common to see young white men lash out at people’s differences and Gaming has been at the center of it for years including the now infamous Gamergate incident a few years ago. The incident dealt with a group that talked about ethics in journalism, but in reality it was a mob of angry and irrational people with misogynistic intentions. These examples of misogyny and bigotry has put a black mark on Gaming culture and it has driven people who already weren’t fond of gaming away from it without taking a step back and looking at the amount of people playing.

The toxicity in the Gaming community is a big issue, but not everyone feels this way. There are a lot of people who are honest, accepting, and progressive. The toxic fans do not speak for everyone and considering the progressiveness in many games it is obvious that it does not speak for the developers. This is an issue that drives people to look down upon gaming as a whole, but it is up to the non-toxic community to present ourselves in the best light and focus on the constant improvement in gaming as a whole.

Looking down upon art solely because it is a medium that you don’t like or understand is not only a narrow minded thing to do it is also plain ignorant. The art present in Games are currently rivaling and one-upping Hollywood. Games are an incredible medium with incredible potential that shouldn’t be dismissed. As time goes on this will be seen more and more and the next generation will be creating some of the most incredible works of art through this medium. The future of gaming and progress artistically is promising.

JORDAN PEELE TO PRODUCE A CONTEMPORARY SEQUEL TO THE HORROR CLASSIC ‘CANDYMAN’
Red Dead Online: The West is as wild as ever, but it’s gonna be a grind