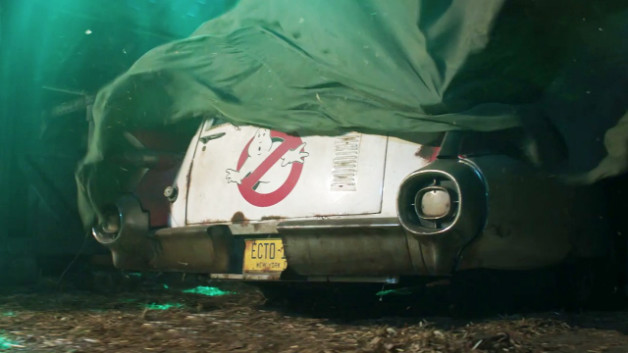 If you are a fan of 1980s cinema and popular culture in general it is incredibly difficult to escape the influence that the 1984 original Ghostbusters film had on cinema. The film brilliantly matched supernatural elements with impressive special effects and very well handled sarcastic comedy that is still instantly quotable to this day. There is a reason why it has had such an influence and the quality of that film stands the test of time. While the movie had a sequel a few years after as well as a video game sequel, the main series has been dormant for quite some time. In 2016 it was rebooted, but the reception to that film was incredibly heated so it was inevitable that Sony would take a step back and look at bringing back the franchise. It was with a surprise that recently announced is a brand new film set in the original film’s universe acting as a legitimate sequel. This is incredibly exciting news to people who have been fans of the franchise and have wanted to see a story that continued the adventures of the original story. As a fan of the franchise there are certainly things I want to see in this film and it is the perfect time to discuss what we hope to see in this new Ghostbusters sequel set to be released in 2020.

The thing that is immediately exciting about this new film is that many of the film’s original cast are set to return to the roles that  they haven’t portrayed in live action in close to 30 years. It is incredibly exciting to know that we will see the surviving members wear the outfits and possibly fight ghosts again. With this being said there is rumors about the original Ghostbusters handing off the reins to a younger group of newcomers and while this is a great concept I’m still hoping to get the chance to see the original characters have their stories continued in major ways.

While Harold Ramis who played Egon passed away a few years ago I would be more than happy to see the characters reference him and pay tribute to not only his character, but to the man who brought the character to life. I’m certain that from a narrative perspective that shaped the remainder of the characters not having him around. I think they could easily continue their story and acknowledge his passing, which would make it very emotionally gripping. Having an emotional center would really be a great way to honor the legacy of the characters and bring a more interesting narrative forward making the film be rooted in more than just cheap laughs. While Egon was incredibly important what has been equally important was the relationship between Dana and Venkman portrayed by Sigourney Weaver and Bill Murray respectively. The two of them had an on again and off again relationship and continuing that story would be a great way to get a closure to their story. It will be great to see if they ever ended up together or if they drifted apart and that would give the film an even deeper emotional layer.

The second Ghostbusters film explored the possibility of them losing their careers as the Ghostbusters. It showed them taking on other jobs to sustain living and I’m curious as to if the new film will go a similar route or if they will still be busting ghosts, but have to pull back. The main hope that we have coming into this film is that we will get a good amount of time with the original characters in addition to the time spent developing the new characters. This would be a great way to give something to the fans of the series who are excited to see these characters make a comeback.

It is 2019 and our art it has shown a push towards more progressive ideas including diversity of talent and a push towards representation and inclusion, which has been a great thing that needs to be continued as time goes on. The Ghostbusters series has a history of this most recently with the 2016 Reboot. While I may not like the film it did attempt at creating an all female team, which in a way was certainly admirable in its attempt, but in doing so it alienated a lot of people and also riled up a fierce barrage of racist and sexist trolls who attacked the people involved in the project. I think a knee jerk reaction would be for Sony to stick to making the new Ghostbusters an all male project, but that would be a huge mistake not only for the sake of giving into the troll demands, but also at the exclusion of a potential for a great narrative.

The current rumor about the new film is that the original Ghostbusters will find a team of young people to take on the mantle of being Ghostbusters and I’m hoping this means the inclusion of a multitude of different types of people of different genders and ethnic backgrounds. I’ve stated before in multiple articles here that inclusion and representation means so much to people and giving the audiences heroes that they can see themselves in is such a beautiful thing. If they do go the route of a new team I hope to see a team of people you wouldn’t have seen if the film came out in 1984 like the original. The times have been changing and there has been power in diversity. Ignoring the shifting culture and ignoring the potential to bring new people in would be a wasted opportunity.

The most important thing to continuing the Universe of such a popular property is that of building a narrative that is indicative of the past, but also embraces the future and potentially creates something that is grand in scope. This is what Star Wars has been doing with their recent films, but in a sense I hope the new Ghostbusters film takes the time to build a story worthy of the franchise.

The Ghostbusters films and in extension the video game created an incredibly rich and fascinating Universe of spirits, demons, and supernatural phenomena. This is ripe for a larger than life narrative that can really work as a tool for creating a threat for our heroes to face. They easily could deal with an enemy that threatens the lives of everyone involved and the original Ghostbusters must work alongside a new, young team of ghostbusters to stop this threat and save the people of New York City. There is also the possibility of diving into the familiar with the return of the main antagonist from the first film, Gozer. Whether it be having Gozer be the villain again or creating a new entity that could rival the team this Universe has the potential to create a larger mythology that could expand beyond just the one film in 2020.

A film that acknowledges a deep lore within the world would give this series the needed boost to possibly expand. A right balance of narrative lore with still the same level of humor and love can make this new film stand out and I hope this is the case.

I hope that Sony has learned from past mistakes and put that into making a film that honors the legacy while also doing new things and  simultaneously feels inclusive. It has the potential to be a modern twist on something people have loved and I hope the film reaches its goals and that people will love it. I’ve been a fan of Ghostbusters my entire life. It has influenced my taste in humor and my taste in film in general. I hope this series can be thrown back into the mainstream attention and can put behind the controversy of late because  this series should be for everyone to enjoy and for everyone to feel included.