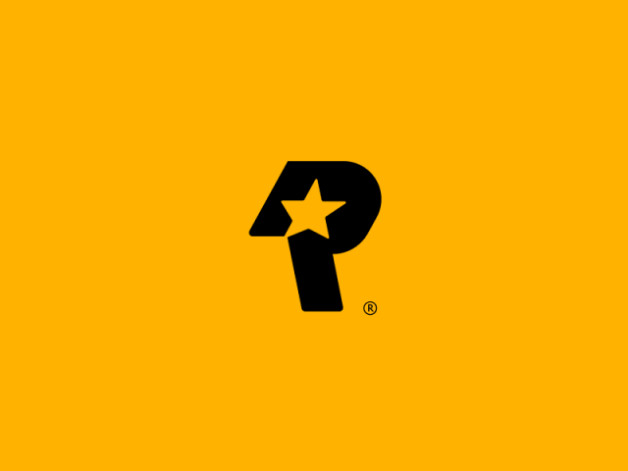 Rockstar Games is one of the largest high profile publishers in all of Gaming. Their video games have single handedly sold the most out of any form of entertainment to date. They are an incredibly impressive and powerful company that have been changing the face of gaming for more than 25 years. Their games have created the free roaming sandbox style games that have continued to remain popular and relevant to this day. With this being said there has been a theme that has been present in a majority of the games they have created. Their games revolve mostly around bad people doing bad things and the repercussions of said actions, but there is a lack of variety when it comes to their protagonists leading to the  obvious realization that these games all revolve around Masculinity. Whether it be toxic masculinity or the perceived notions of what it takes to be a man. These games both question toxic behavior, but also uphold it in many ways. Their lack of female protagonists is also incredibly telling in their handling of gender diversity. With the recent release of Red Dead Redemption 2 it is a perfect time to analyze their perception of Masculinity and all the forms it takes in many of their games.

Masculinity in itself is measured on multiple levels and many people have different interpretations of what Masculinity is and how to express oneself. With Rockstar their games have established different ideas behind what it is as well. The Genders presented in these games have a strange rigidity about them. Gender is something that never changes within the context of the Game narratives and that deserves a good understanding before dissecting Masculinity.

One of the things that Rockstar has faced when it comes to creating games is the role that women have within their games. While Rockstar is great at making very interesting characters this falls short sometimes when dealing with women. Women are often presented as stereotypes across the board in many of their games and especially in satirical entries. They are often presented as nagging or materialistic. Even in their more grounded narrative games they are often put into subservient roles and while there are a few exceptions women haven’t really been given proper focus. They are often secondary to the male protagonists and something for the player to gawk at like in the strip clubs in the Grand Theft Auto Games or something to see as inferior like the prostitutes in Red Dead Redemption. This portrayal is incredibly problematic, but the real reason I bring this up is to discuss the male gender roles at play in these games. The men aren’t given very much respect even if they are held to higher esteem than the women.

The Male protagonists of these games tend to share similar traits in that they are brash and quick to action, while still often seen as more level headed next to the other male psychopaths that call these virtual worlds home. They often are shown to be terrible people with selfish intent and the player is made to identify with all of their awful traits and in a lot of ways this works. Their games are incredible at showing terrible people and forcing you to follow a character you normally wouldn’t want to be associated with. These traits are inherently gripping and fascinating, but it’s very telling in their commentary on inherent traits of Masculinity. Gender is very rigid and it is never questioned or debated, but the men in these games constantly vie for dominance not only about themselves, but above the women and the other men in their environment. They are incredibly angry most of the time and they exhibit toxic traits by their strong showing of perceived masculinity. It can be incredibly difficult to know whether or not the characters are meant to be the ideal standard of men or if they are supposed to be shown as cautionary tales.

Gender roles are incredibly important to the themes of these games and Masculinity is the theme they keep going back to, but there are different ways of looking at how it’s presented, which means the context needs to be explained in just a bit more detail.

According the majority of definitions pertaining to satire it is said to be the use of parody and exaggeration to make fun of the vices of whatever is being satirized. Satire is a constant element used in many art forms to not only hold a mirror up to society, but to make something that is normally dark much more humorous and enjoyable. Rockstar Games never shies away from stepping into the Satirical and that is most felt in their extremely popular series, Grand Theft Auto.

The use of Satire is core to the theme of Masculinity in the GTA series. This theme drives each of those games and I feel like it is best represented in Grand Theft Auto 5. This game has three playable protagonists which the player gets many opportunities to switch between them. Each of these characters are terrible people, but to a different exaggerated degree with Michael being the delusional psychopath who feels he is morally superior, Franklin believing he is better than others in his community, and Trevor being the shining example of someone who does not care and is completely off the rails. These characters work well as exaggerated stereotypes of masculine attitudes. They exert themselves over others with little disregard over the lives and the existence of people they should be caring about and this is often played for comedy. It is exaggerated and works comedically, but in a strange way it hits the parody of toxic ideologies that real men often have. Toxic Masculinity can stem to men trying their hardest to be superior whatever the cost even if it hurts people in the process.  Even if real men may not be as ridiculous as presented in this game the toxic attitudes can still be found and it is acknowledged in this game.

The Satirical edge in which men are represented in the GTA series and especially in 5 is that men aren’t shown in a positive light. Rockstar’s tactic with this series is showing everyone in a bad light which can often be problematic especially when it comes to women, but in all fairness men are shown to be terrible people as well. Rockstar Co-Founder when discussing GTA 5 specifically stated that “the concept of being masculine was so key to this story.” This statement shows the clear intent of the studios willingness to present Masculine protagonist and to dissect what it really means. Satire and comedy is one way in which their games have presented this, but they have often also looked at it from a more genuine and serious approach in some of their other series.

While the Grand Theft Auto series employs comedy they have other games that tackle Masculinity in a more serious tone and these games include the Red Dead Redemption series and LA Noire.

The Red Dead Redemption games in a way mirrors GTA in that the protagonists, John Marston and Arthur Morgan are troubled characters with dark pasts and even darker actions. These two have moments of levity, but they aren’t the overly exaggerated takes we see in GTA. They are more genuine takes on a masculine hero, but in a way they are still portrayed as deeply flawed and in reality terrible examples of humanity. They still push the same toxic ideals of men and they do evil things while at it. While both of these are likable and very entertaining characters that you care about you understand that in reality these would be bad people. They are examples of the West’s ideology of Masculinity and even though they may treat innocent characters better than most of the other characters in the Universe they are still examples of the toxicity present in all of their narratives.

In comparison to Red Dead Redemption, LA Noire is set in the late 1940s and follows Detective, Cole Phelps as he moves up the ranks in the Police Department. He is a departure from other Rockstar characters in that he isn’t a criminal or an outlaw, but he solves murders and brings people to justice. It may be very easy to paint Cole as a hero you learn over the course of the game that he may be one of the most nuanced characters Rockstar has ever accomplished. He suffers from the effects of the War and has his own ways of justice, but depending on how you play you get to see the darkness within him. He still holds a fair amount of the prejudices of his time especially towards women. He has more violent tendencies that come out even though he does everything he can to seem by the books. His masculinity is reflective of the time period and it feels like the most real approach to a character that Rockstar has done. It’s telling how the view of being Masculine changes by the time period these games are set in and how the protagonist interacts with the world that is put in front of the player.

The genuine attitudes of these Masculine protagonists only help to enforce that Rockstar has a tendency to focus on men and all of the terrible things they can do. Their commentary of the toxicity is present and while their men are painted as the heroes of the stories they are never shown as purely good. They are complicated and stubborn and often times very shitty. They don’t care about what others think of them and that is reflective of a broader sense of how sometimes men can see themselves. In a way it makes sense why male gamers can relate to these characters, but idolizing them is an issue that occurs that really shouldn’t.

Whether Rockstar is intentionally making a statement on toxicity or if they just happen to hit those notes it still is powerful how it is a trait present in all of their work and I often feel like the fans can really miss the point. These characters aren’t meant to be anyone’s role models. They are terrible examples of humanity and it seems as if Rockstar will keep making men their protagonist. While I am a fan of many of their games because of the incredible effort put into them I wonder if they couldvv ever break out of their comfort zone and do a game with a female protagonist. It seems as if they have been seeking to avoid that.  It’s hard to determine what the company and creatives think of women, but their track record for representation is terrible. It seems as if they are intent on making stories about Men for a majority male audience. I just hope they make stories to not glorify toxic traits, but to dissuade others from seeing these protagonists as an example of what a man should be.