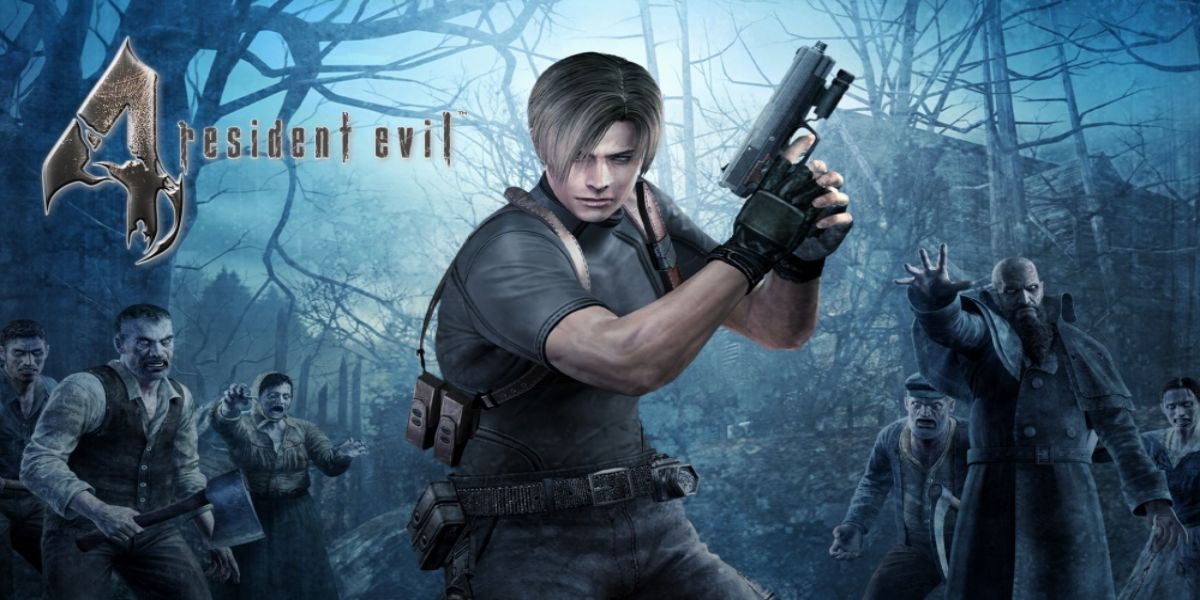 The Resident Evil series of games is one of the most influential and unique series in all of gaming history. Over the last 24 years the games have evolved and released on a fairly regular basis with the games often attempting to be many things at once including action, horror, and survival. Horror is where Resident Evil  has its roots and if you ask many people what their favorite entry in the series is, I bet you would get different responses based on the individual’s specific tastes. The early games are very much about horror and survival, while some of the later games gave that a backseat to spectacle and action. With the recent release of the remake of Resident Evil 3 I had wanted to look back at the games as a whole and find an entry that I felt stood out amongst the rest and I kept coming back to Resident Evil 4. It is extremely popular, but that’s for good reason. It shifted the series and took it into an entirely new direction, while being one of the cleanest and most well-structured entries in the series that deserves recognition for shaping the entire franchise. With this being said, here is Why Resident Evil 4 Is Still An Impressive Game.

Set several years after the events of Resident Evil 2, Leon S. Kennedy has moved on to being a government agent. He is sent to a remote village in Spain where he must rescue the president’s daughter, Ashley who has been kidnapped. When Leon arrives he finds this village to be infected by a new parasite known as Las Plagas, which turns the villagers into mutated zombie-like creatures. It’s up to Leon to fight this horde of infected people, stop the cult that has taken Ashley, and get back to the US safely.

This is the first entry in the series that doesn’t focus on  the Umbrella Corporation, which is the company that created the zombie virus in the first three games. It has a new parasitic strain that is unrelated and because of this it changes the way in which the narrative is approached. This is a rescue mission for a Government trained agent who is fully capable, but has this almost disconnected sense of humor throughout the story. In a lot of ways the game amps up the silly factor of the dialogue and story, while having genuinely tense moments throughout as well. It feels like an over the top action film with elements of horror that come together quite well and in a lot of ways it is this combination that makes it one of if not the best story in a Resident Evil game. A lot of what works is that the characters are all memorable and for the most part very likable. Leon is a relatable and fun protagonist whose demeanor really helps sell every scene that he is in. He is who you play as and you want to get him through this situation. Ashley is known more for her screaming of Leon’s name, but that has become an enduring quality to fans. The mysterious merchant has also become iconic in his own right from his exaggerated voice performance to the fact that we are never told anything about him. All of these characters keep the narrative not only engaging, but intentionally and unintentionally funny while still serving up several scares and even more ridiculous villains.

It’s often overlooked how much a story can do for a gaming experience. Oftentimes the story is the motivation for continuing further into the gameplay. The story in this game is one of juggling tones that could have been extremely difficult to juggle if not in the hands of these talented developers. They crafted a memorable adventure with plenty of interesting moments along the way. It’s a great example and one of many reasons why this game still is appreciated.

The single most important element to video games are the gameplay. It’s what brings the player in and keeps them coming back. The best games find a way to make a new or polished set of concepts and controls to utilize those to get the best experience possible. Resident Evil 4 not only does that, but simultaneously shifts the control scheme to something extremely different from the previous games, while still keeping the series’ best qualities.

Up until this point the Resident Evil series followed the fixed camera angle perspective meaning that when you entered an area you had no control over what you could see and your movement was also often somewhat restricted. This decision was one to make the player feel uneasy and for the most part that style worked, but wasn’t nearly as unique or popular by the 2000s, which is what inevitably led to Resident Evil 4 forgoing the fixed camera angle for an over the shoulder experience. Instead of being at the mercy of the camera you had more control over what you saw, but what kept the series’ unique brand of horror alive was in how many blind spots you had. The camera wasn’t nearly as maneuverable as it is in other games. It was still only able to see what was in front of you causing you to have to turn around to see if there were any of the enemies quietly sneaking up behind you, which leads to some frightening and startling moments. Coupling that with the intense atmosphere and the need to conserve resources the horror was ever present in all of its design choices. This is even further on exemplified in the fact that you cannot shoot and walk at the same time. Just like in the other games before it you had to stop and aim, but this time you are given a more precise way to aim and you could strategically shoot off limbs or other important targets by having a laser sight on weapons. There is quite a lot of freedom to the aiming mechanic and it makes for a thrilling and strategic combat experience that expects you to strategically aim in certain places.

The game not only had small, intense encounters, but also quick time sequences as well as large enemies and bosses to contend with. Some of the boss battles are incredibly difficult intentionally making you go through quite a lot of ammo. It’s the ultimate balance of using your resources when you need and also trying to conserve as much as possible. The bosses are unique and stand out from one another. The quick time sequences can be stressful at times and one wrong move could send you back to your last save point. It kept that tension constant throughout, while also having some puzzle sequences to keep you on your toes. The gameplay doesn’t forget where it came from, but it was such a drastic change on overall feel that it in essence changed the way they approached future Resident Evil entries afterwards. I think that is worth appreciating and surprisingly this game and its gameplay mechanics hold up very well in 2020.

Saying that Resident Evil 4 is an influential game is an understatement. It not only changed the direction of the Resident Evil series, but it also changed the ways people looked and played horror in a more modern and action oriented setting. It is often cited as one of the best games of its era and I have seen many games take inspiration from it.

At the time there wasn’t an immersive horror experience quite like this. This was a time when a lot of other studios were attempting to do horror, but it is something that can be hard to really capture. Its biggest success with influencing the genre has to be in borrowing elements from action games to reinvent how you think of horror video games, but its influence goes beyond one genre. The biggest influence this game has had specifically is within the third person shooter mechanic as a whole. There are quite a lot of games that have taken direct influence. Some very popular examples include Gears of War, Dead Space, and even the Batman Arkham series. They have each taken that immersive over the shoulder approach to how you view and play the game. It forces you to be right there in the action, which makes for games that can be heavily reliant on their storytelling. I still see reflections of it in more modern games and I guarantee its strengths will continue being  ever present moving forward.

After this game’s success the Resident Evil Series continued to add new entries with this same approach and while some of them have been hit or miss, for the most part recent sequels including the remakes of 2 and 3 are both heavily inspired by 4’s over the shoulder perspective with its blend of horror and action. The games were changed forever with its innovations. It took the series into an action perspective and sometimes that didn’t work, but it still became a much more diverse franchise because of that. It is why Resident Evil 4 is often touted as one of if not the best entry. It stands apart and simultaneously reinvents what people thought they knew. It is a great example of how being bold and trying new things can lead to immeasurable success and artistic reinvention. I guarantee it will continue to shape every future sequel in addition to influencing Gaming as a whole.

Resident Evil 4 is one of the most replayable and well-produced games over the last 20 years. It spawned countless copycats and influenced gaming as a whole. This is no easy feat. I still consider it to be one of the best games I have ever played and it deserves to be on the list of all-time greatest games. 15 years ago it was released to glowing reviews and is still very well regarded. The Resident Evil Franchise has certainly evolved and moved forward, but it still can’t ignore what this game did first so very well. If you have yet to get the opportunity to play this game I strongly recommend you do so especially since it is now easily available on every console, including PC. It is a modern classic that I hope will continue being preserved for future Gaming generations.

7 New Shows on Quibi Monday – 50 States of Fright, #FreeRayshawn, The Stranger, Elba vs Block, and more
Sam Raimi Confirms He Is Directing ‘Doctor Strange: In The Multiverse Of Madness’