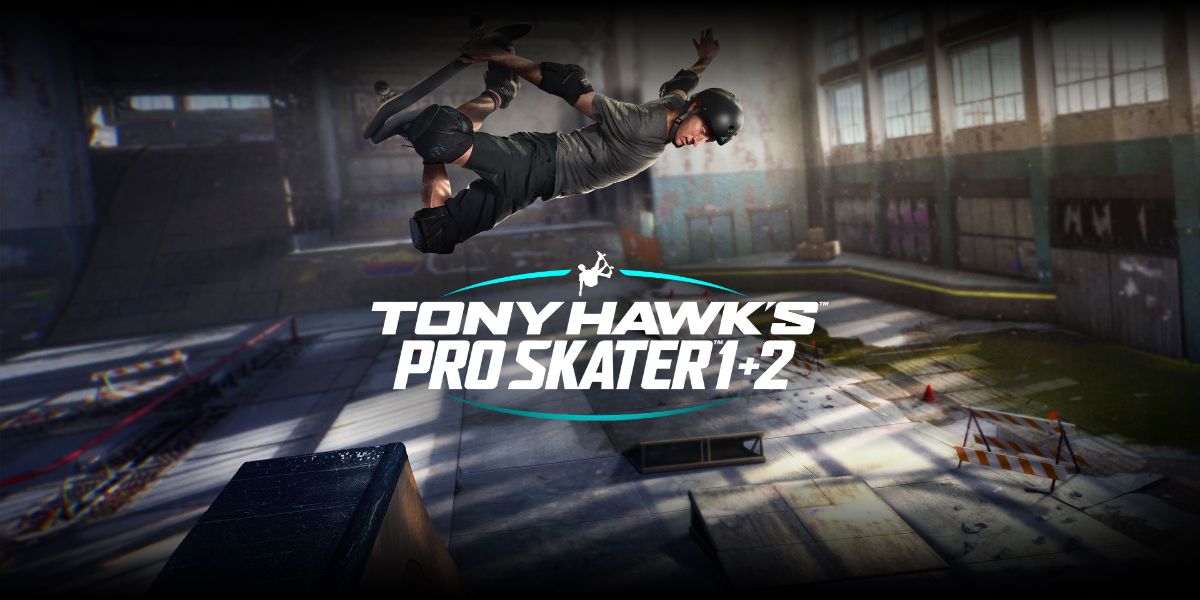 It is fascinating that one of the most recent of sports is one that comes with its own identity and cultural baggage. Skateboarding is a more recent type of sport that came to fruition in the 1970s and found its place in the cultural zeitgeist for years until it hit big in the 1990s. Recently it has not been as popular as it has been, but there is still this massive community that rally behind it passionately. At the top of the popularity for skateboarding culture is legendary skater, Tony Hawk. He is probably the most well-known professional skater and some of this has to be attributed to his brilliant strategy of lending his name to a series of extremely well-regarded video games. It has been recently revealed that the first two Tony Hawk’s Pro Skater games will be released in September under a brand new remaster that is said to overhaul the look of the game from the ground up, which has gotten fans like myself incredibly excited. This franchise is more than just your simple sports series of games. The series has become beloved by many in addition to having sold extremely well and being critically praised for nearly every aspect. With the remaster on its way there is no better time to look back at these classic games and see what makes them so beloved by fans.

The first and arguably most relevant position to take when discussing why the Pro Skater series took off has to do with timing. There was no better time for those games to exist and the sales numbers of the time show that is was in large part due to the cultural appreciation of Skate culture that was massively popular during the late 1990s and early 2000s.

Tony Hawk’s Pro Skater was released in 1999 when skateboarding and the culture associated with it was at the top. The X-Games were incredibly popular and you had some of the best skaters to have ever participated competing at the highest levels. The sport was being taken more seriously than it had been before in addition to influencing a fresh group of young people who wanted to emulate the moves and tricks of these professionals. Skating is such an inherently dangerous sport that some people didn’t want to risk personal injury to experience a little bit of the thrill or they were looking for something to add to their skating obsession and for those people these games were there. They were released at the perfect time and they capitalized on the inherently popular status of the culture. The games were aware of the time period and tailored everything around that time. They are very much of their era, but that in a sense made them last in people’s mind and their hearts for the nostalgia. A lot of people who ended up playing those games got a greater love for skating in general with some attempting it, while others just finding an appreciation for the culture.

The games also had the distinct luck of having Tony Hawk’s name and insight attached to these projects. Tony cared about the games and in turn wanted to make the best he could with his oversight. The fans who may have already loved him immediately loved the game. He is such a big draw to the sport and is well loved among its fans that it makes the most sense that they capitalized on his celebrity status to sell them, which has proven to be a brilliant decision. Without Tony and the height of skating hitting at the same time it is impossible to imagine those games selling nearly as well. Timing is everything with this and if they didn’t strike while the iron is hot they would not have had the same success. It was a stroke of genius to make this game when they did, but this is just one of the reasons why it was successful. The quality of the game itself is worth mentioning.

Gaming was at one point over-saturated with mediocre cash grabs that used famous people or movies to quickly make money. It is why so many movie tie-in games are more often than not poorly made and forgettable. It is a sign of greed, but the Tony Hawks games broke the mold. They may have been made to bank on the popularity of the skating scene, but they were crafted with the utmost care and love to making the best experience that it could be.

Tony Hawk’s Pro Skater works because it is an excellent game from the people at Neversoft. The mechanics were designed with a mix of skill and arcade fun. It emphasized the fun and the Skating culture as opposed to trying to make the most realistic experience possible. Each game in the early half of the series added something new to the mix so that the controls would be tighter and the level of tricks and variety would be expanded upon in a meaningful way. It was incredibly satisfying to hit a ramp and get a trick right. It was fun to see and explore new areas in addition to finding every secret that was hiding in each of the levels. I don’t know how one would approach making a game like this work and feel so well because it was a control scheme that hadn’t really been done before, but it felt natural and the developers nailed it. It gives the players that sense of reward and satisfaction when being able to pull off any number of seemingly impossible tricks and moves, which leads to a game that in a lot of ways feels fresh and exciting compared to any other previous attempt at bringing skating to home consoles.

The games also had a large variety of other modes that had you completing tasks and collecting items to progress into unlocking certain things such as boards, clothes, and characters. As the series made its way to Tony Hawk’s Underground in 2003 it added the ability to get off your skateboard making certain tricks easier to line up in addition to the brand new story mode that helped to make that game one of the most memorable and beloved in the entire series. Each of the main games during that late 90s and early 2000s era meaningfully improved upon the original game in many ways, while adding elements that made for a better overall experience. These additions and elements made the gameplay addicting and because of that nature it has helped to instill a sense of nostalgia in the fans that had found love in it when they were younger. The Gameplay itself is important, but it is also supported by other elements of the game, which includes the incredible music.

It is impossible to think about Tony Hawk games without thinking back on one of my favorite elements of the game, the soundtrack. The music presented in these games is a huge part of the experience and it was always one thing that fans wanted intact whenever a remaster was to come about. The music is just as much a core element as the gameplay is to people’s enjoyment.

The games featured a soundtrack consisting of many licensed songs. The songs were particularly curated to have a wide range of genres including rock, rap, and Ska songs that fit the skate culture extremely well. They had songs from KISS, Disturbed, and a whole plethora of extremely popular artists in the span of this series. Often times certain songs were attached to specific levels in the game. In the original game the first song on the first warehouse level, “Superman” by Goldfinger has become connected with that level and that game. It is rather astounding how an iconic collection of great music can make the experience of playing a game so much better, but it was something quite unique for its time. Skating around while listening to great music is something that just stays with you as the player and it often introduced me to music I otherwise wouldn’t normally have come across.

The entire series has welcomed music from all different eras and really captured the sounds associated in the culture around Skating. These soundtracks in addition to the stellar gameplay and the time in which it was released all play significant factors in why the series is still treated with a lot of love and care by its dedicated fans.

The Tony Hawk series was revolutionary for the time it was released in and each game became some of the best games of their era. That is an incredible feat for a series of sports games. Neversoft’s dedication to making a fun experience, while capturing the attitude of Skating is something that has inspired all of gaming going forward. There was love and care put into this series, which is why it has endured popularity for as long as it has. It’s beloved because of the intoxicating positive energy it put forward and for perfectly embedding into the nostalgia of so many people. With the remastered versions of the first two games being released soon I hope that for those of you who haven’t played the games that you give them a shot. They definitely have earned their place in the hearts of fans for years to come and it’s safe to bet it will keep adding new fans as time goes on.