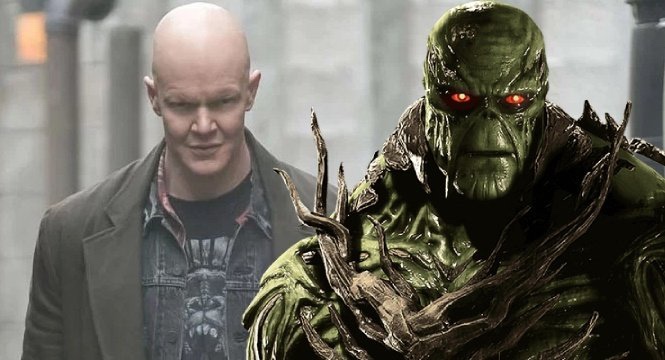 We earlier discussed a rumor widespread that Swamp Thing was in trouble over at DC Universe streaming service and maybe be even cancelled. We have learned that the show was not cancelled, instead did go through some production cuts. DC went on damage control quick quickly with the release of the Swamp Thing series trailer revealing their shows star and release date.

The show will go on and if that’s not enough, producer James Wan made it clear on his verified Facebook page with a post and answer to a fan:

Rumor patrol is in high alert with this one.

The order allegedly came from WB producers, who are said to be questioning the future of DC Universe as a whole. No one can quite confirm if this allegation is true, however, Swamp Things actress, Virginia Madsen appeared to confirm the news in a since-deleted Instagram post.

“I’m beyond sad. What a terrible decision. We have been cut to the core by those who have never set foot into the Swamp. And despite the rule I am going to use the hashtag,” she concluded while hashtagging ‘swamp thing’.

This is surprising and upsetting news, if true as many have been looking forward to the continued growth and development of the DC universe and it’s online content. Madsen’s words certainly seem to mean an end or at least a disruption, but we want to be clear that it doesn’t mean the show is cancelled for sure.

Swamp Thing “follows Abby Arcane as she investigates what seems to be a deadly swamp-born virus in a small town in Louisiana but soon discovers that the swamp holds mystical and terrifying secrets,” according to the show’s official logline.

“When unexplainable and chilling horrors emerge from the murky marsh, no one is safe.”

Swamp Thing Premiers May 31st on DC Universe. Check out the exclusive teaser:

What are your thoughts Freaks & Geeks?

The Academy Awards And How They Have Been Hurt By Controversy
D&D newest adventure book, ‘Ghosts of Saltmarsh,’ available everywhere!