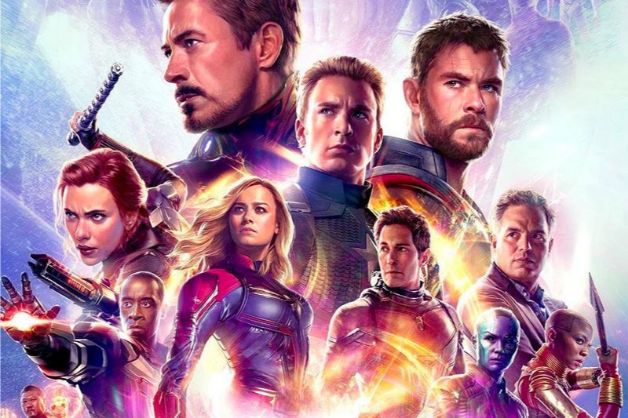 It has been 11 years since the beginning of the Marvel Cinematic Universe. This cinematic influencing series has had it’s long periods of ups and downs with the characters progressing over their entire narrative arc. We have spent so much time with each of these characters and the story has been leading to a point. This point has been the Infinity War storyline. Last year I saw and reviewed Avengers: Infinity War and since then audiences have been left on the edges of their seats waiting to see what happens with the Avengers next.

I know that I have been anxiously waiting to see the conclusion to this arc. Avengers: Endgame is the culmination of this storyline and all of the MCU films that have led up to this point. This film is massively hyped and overwhelmingly going to be a big financial hit, but the thing that is most important is how the quality of the film is. I got a chance to see the film early and I can tell you that if you are a fan of this series and these characters you will love this film. Here is my Spoiler-Free review of MCU’s massive spectacle, Avengers: Endgame.

The plot of the film is incredibly important so that is why there isn’t much to discuss in terms of the story in fear of spoiling anything. In the most basic of narrative explanation the story revolves around the direct aftermath at the end of Infinity War. That film ends with a world shattering event known as “The Decimation”. The Decimation resulted in the loss of exactly 50% of all life with the motivation being to sustain the shrinking resources. This event has broken the Avengers spirits. This loss of life is devastating and so many heroes lost the people they love. Endgame picks this up with their goal to find a way to stop Thanos’ plan by whatever means necessary.

The story is extremely well handled as it was in Avengers: Infinity War. That film was an incredible build up film that showed the heroes together for the first time and it brought so much to the table with the looming evil presence of Thanos. With this film, it certainly has the same narrative approach as the last film and it feels like the necessary continuation. The original title for it  was “Infinity War Part 2” and it certainly feels that way while watching it. This film’s story shows why these films have made as big an impact as they have.

Each of the major characters gets their own time to have moments and this serves it well because this definitely feels like a major conclusion. The care that was put into this story was palpable and it was a love letter to the fans that have been with them since the beginning. It’s an incredibly moving ride with great moments for many characters and the end of their arc for others. I cannot and will not spoil this for anyone because it just has to be experienced for oneself if you are a fan of this story.

This film sees the return of Joe and Anthony Russo to the director’s chair and gives them the opportunity to continue what they started on Infinity War and they are still provided with a screenplay by Christopher Markus and Stephen McFeely. This team seems to know and understand all that there is about the MCU. The Russos have a specific narrative vision and they are great at executing that stylistically. Their tone can be darker than other filmmakers in the MCU, but the darkness is only highlighted by their ability to balance the film out with moments of levity.

Their apt direction and the solid script give the entirety of this project a sense of needed weight and importance that maybe lesser directors wouldn’t have been able to handle. The talent is on full display here and it is incredibly impressive to see how they have succeeded on all fronts. Their ability to tell a story with as much moving parts is something to be admired. This series was built on collaboration and that is on full display here. The talent even includes the incredible cast that has been assembled.

The cast of the film are so diverse from so many different series in this franchise that it can be hard to just single out individuals that do great work because every character has their importance in the story and they all act in character. The people that really shine though are the remaining Avengers after the events of Infinity War and this goes specifically for Chris Evans and Robert Downey Jr. The latter arguably delivering one of his best performances in this series in giving so much weight and nuance to his character.

Some of the other cast members are given so much great material to work with and I was impressed by Jeremy Renner’s Hawkeye who gets a lot of great emotional moments to express his talents. I feel like Hawkeye is often overlooked, but I was thoroughly impressed by his presence. There is quite a lot of great character moments that are just heightened by the caliber of talent bringing them to life. They all do some of their best work and it is obvious that the Russo brothers really do understand how to make these characters the best they can be and how to get this out of the actors.

It is impossible to talk about such a spectacle without diving into the technical side that makes it all come alive. The film is a technical powerhouse with great moments of needed special effects and visuals that are heightened by the impressive work from the artists crafting the CGI. The film like the last one was able to beautifully craft both new and old locations gorgeously , but with such a spectacle there are moments that don’t look quite as good as others, which is expected when making a film on this grand a scale. The weaker looking moments do not harm the film in any meaningful way or detract from the films great cinematography. The visuals in this film are a sight to behold and lend themselves well to the quality of the entire production.

The music is also incredibly well thought out and executed by Alan Silvestri who returned after scoring Infinity War. He brings so many epic moments to realization and uses a lot of familiar themes to iconic moments that absolutely deserve the fanfare. His style is not intrusive, but highlights each scene beautifully. This score in addition to the sound design really make this film sound as good as it looks. The film relies on familiar sounds with certain weapons and elements that make narrative sense so that it fits in with the rest of the MCU. The technical side of this film in general is impressive and definitely deserves as much recognition as the talent, the story, and the cast.

Avengers: Endgame is a film made with the fans of this franchise in mind. It is an excellent reminder as to why we all fell in love with this franchise to begin with. I can not wait for more people who are fans to see this movie with their friends and family because it is such a great event that wraps up so many necessary moments as best as possible. It is a giant thank you to the fans that have stood by the franchise and it is obvious that they put all their effort into crafting a film that would be a satisfying resolution. As someone who has followed these films since the beginning and has become a fan I was completely and utterly satisfied with everything about this film. It’s an epic event that is the culmination of all these years of World building and absolutely should be seen as soon as possible. It is a film that benefits from a big screen and I highly recommend that you see this Marvel Masterpiece.

REVIEW: ‘On/Off’ A DUST Exclusive Short Film
Why The Marvel Cinematic Universe Is A Massive Success