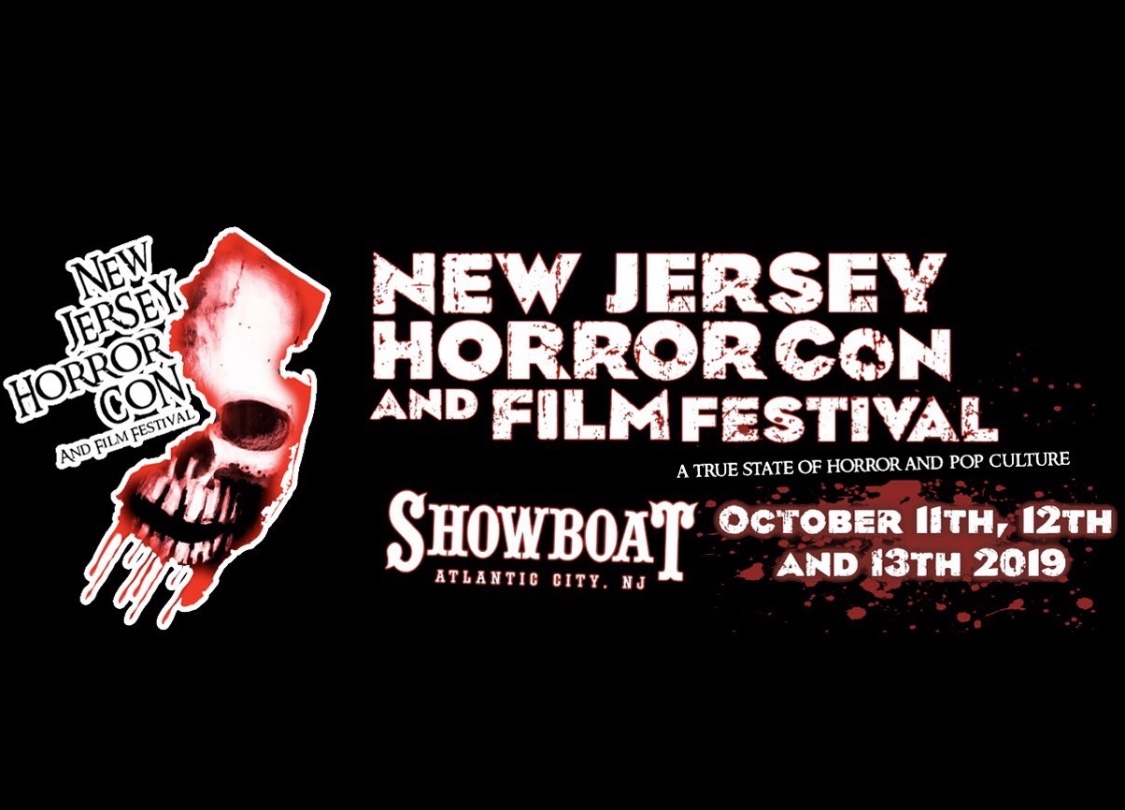 Hey there, Freaks and Geeks! The NJ Horror Con & Film Festival will be hosting their annual convention later this year at the Showboat in Atlantic City, NJ! Starting October 11th through the 13th, the NJ Horror Con & Film Festival will take place in 801 Boardwalk, Atlantic City, NJ. The convention focuses in independent cinema, celebrities who have appeared in horror movies and shows, and the great classics of the horror genre.

Our goal is for fans to see amazing Horror films in the indie scene and also an opportunity to mingle and network with big names in horror. Horror fans can also participate in Q&A sessions, see the amazing vendors from around the Horror scene and watch the best indie films around.

There will be a variety of guests this October, along with Q&A’s, photo-ops, and more! Below is a list of some of the guests who will be attending:

There will be over 25 confirmed guests, and the guest list will be being updated as well! You can check out their guest list here. New Jersey Horror Con will host a number of amazing films, Q and A’s and events! Some films will be presented with introductions by the filmmakers at the film festival. The list of films being presented at the film festival will be updated and some special screenings may be separate paid ticket screenings.

The show hours will be as followed:

Check out their social media

By Chris NugentDecember 18, 2020
To Top
%d bloggers like this:
We use cookies to ensure that we give you the best experience on our website. If you continue to use this site we will assume that you are happy with it.Ok