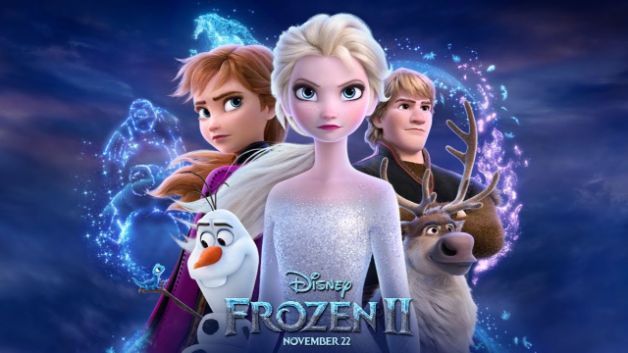 If you happen to be a fan of Disney’s animated musicals then there is no doubt that you understand how immensely popular Frozen is. This 2013 film took the traditional Disney animated musical approach, but created something new. It intentionally commented on the past tropes of their own films and ushered in newer animated projects that have been very successful over the last 6 years since its release. This film has impacted so much of Disney’s choices  with a Broadway musical currently succeeding. The magnitude of this property was surprising for Disney and with any massive project the corporation that holds said property will look to making as much content off of it as possible, which includes a sequel. It is an unusual concept to make a theatrically released sequel to a Disney musical, but they decided to do so anyway. Frozen 2 hits theaters this week and having had the opportunity to see it ahead of time here is our spoiler-free review of Disney’s Frozen 2.

The story follows Anna, Elsa, Olaf,  and the rest of the main cast from the first film as a new mystical force falls upon the land. An energy that calls to Elsa and has strong ties to the past, including what happened to her parents. If she wants answers she must journey into the surrounding areas beyond Arendelle to discover the truth and bring balance to the elements that threaten them all.

The narrative surrounding this film does a good job at finding new ways to use the tragedy of their parents to tell a new story that has emotional layers to it. It understands where the characters come from and it is interesting to see another look at their lives, but it doesn’t do anything particularly fresh. The writing is solid enough and it has the same focus on character that made the first one interesting, but as a sequel it loses steam in the storytelling. There’s a lot of predictable elements to it and it doesn’t have the same inherently subversive qualities as the first film, which intentionally called out the predictable nature of some past Disney films. There’s no real villain to this story and that allows for a film that feels more about character development, which can be good but the dialogue in this film feels stiff so those moments can be undercut with wonky elements. In the end this film doesn’t hold up to the first from a narrative perspective, but it does do a good job at making a film that doesn’t feel drastically different from the first.

With any project as big as an animated Disney musical talent has to be on par to deliver something fresh. While the film may have some hiccups when it comes to storytelling, the talent pull their weight to create an entertaining film that still has moments of greatness. Directors Chris buck and Jennifer Lee are back at the helm continuing off from having made the first film. Their direction keeps this movie moving with some incredible attention to detail in terms of orchestrating all of the departments to create a good looking film. Their direction feels tight and the film pulls off a lot of great cinematic moments. Their direction is solid but their ability to lead a team of animators to breathing life into the characters and visuals present on the screen is one of the strongest elements in the film. Not only are their talents present within leading the animators, but they are also present in getting the solid performances from the exceptional cast.

The film features the return of the talented cast that made the first film stand out, which include Kristen Bell, Idina Menzel, and Josh Gad. They successfully step back into their roles and are some of the best aspects of this film. Their singing voices are simultaneously gorgeous, while accurately portraying the necessary emotions for the characters in the scenes. They are given a lot to work with and it shows why these characters and the actors who portray them are loved. The film takes excellent use of these characters, their intricacies, and their undeniable relatability. The film also introduces some new characters and actors including Sterling K Brown and Evan Rachel Wood. These two bring more weight to the World with the characters they inhabit and their presence is welcome with their inherent talents even if their part is considerably smaller compared to the rest of the cast. Even thought  they aren’t heavily utilized, the film still finds a nice balance and each actor breathes some much needed life into their characters whether it be them returning to the role or if they happen to be a new addition The talent present behind the voices are expertly matched up with talent responsible for the technical aspects and that is what makes this film still mostly work.

Frozen 2 is visually stunning with beautiful backgrounds, character designs, and animation that keep the film rooted in the visual style of the first film without straying too far from that. The animation department knows how to tell stories with these characters and their hard work is present especially in moments when there are new landscapes and new elements to play around with. The backgrounds show off the wildlife of the mountains, forests, and most obviously the snow. The team obviously worked hard on this production. The film does look a bit more generic compared to recent animated films, but it does look good and works well for this film in capturing the spirit of the first film and trying to improve upon it.

In addition to the visuals, the music is quite excellent with returning composer Christophe Beck teaming with returning songwriters Kristen-Anderson Lopez and Robert Lopez to create beautiful songs that help guide the narrative across all of the emotional beats of the story. The first film had a huge hit with the song, “Let It Go”. That song was massively popular and while a majority of the songs in this film are quite great they aren’t nearly as memorable or as endearing as that song. This doesn’t detract from the beautiful arrangements accompanied by the talented singers that breath life to the lyrics. There are quite a number of great songs present in the film and the music is the single best element of this film by far. Technically the film is competently handled and worth seeing for that alone.

It is impossible to meet the expectations that people have after the first film. It is hard for a sequel to live up to what is needed to be to match the success of the first film. This film competently continues the story, but doesn’t add much new that makes it particularly stand out. I enjoyed the film and admired some of its well put together elements, but it’s far from the most memorable Disney musical. If you are a fan of Disney or loved the first film I highly recommend you check this out, but it won’t work for everyone.