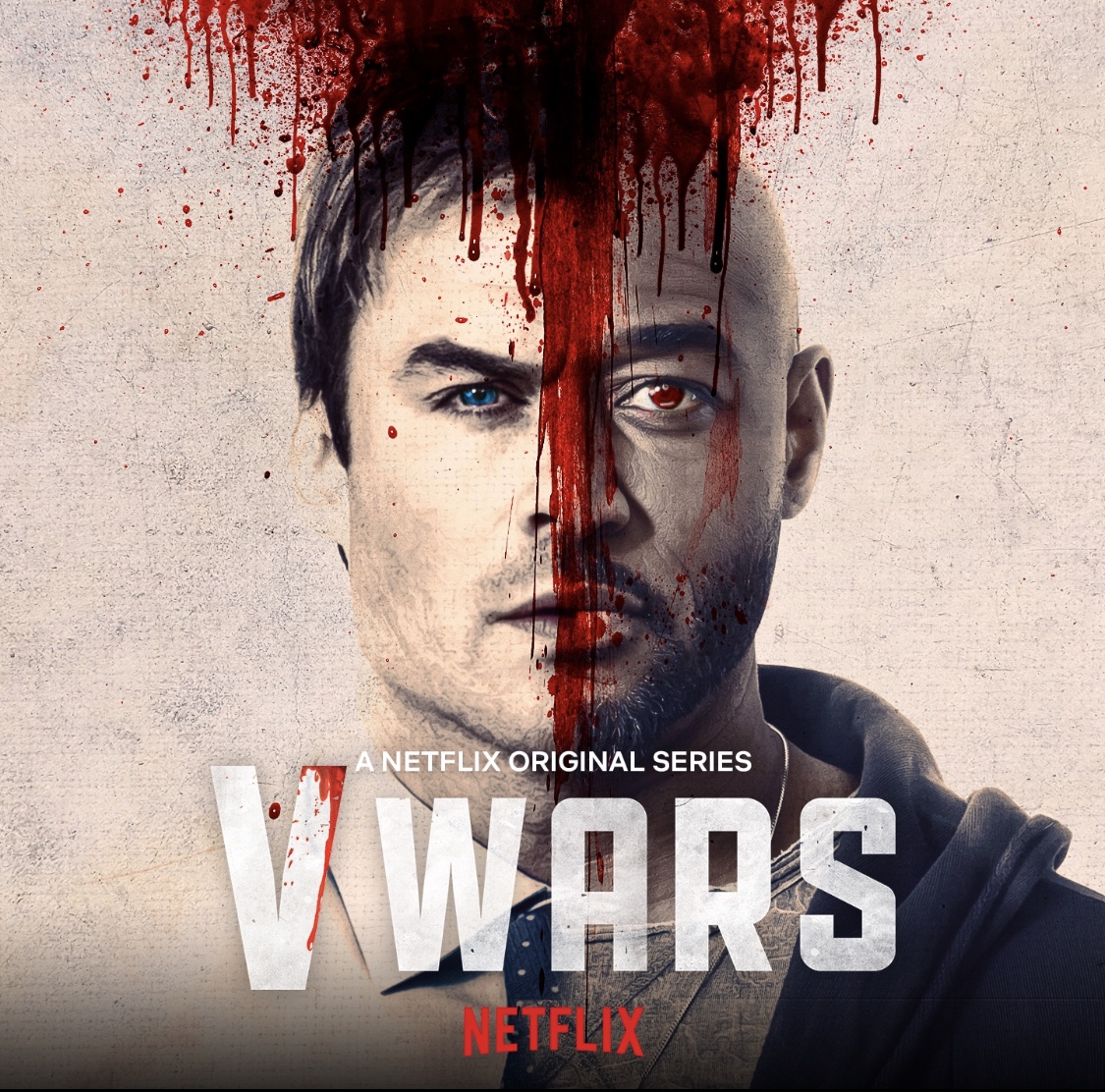 Based on Jonathan Maberry’s best-selling books – first published in 2012 from IDW Publishing – about a genetic mutated outbreak that leads to the first vampire vs. human war, “V Wars” stars Ian Somerhalder (Damon Salvatore, The Vampire Diaries) as Swann.

Marking his return to television following his successful eight season run on “The Vampire Diaries.” From

Dr. Luther Swann (Ian Somerhalder) enters a world of untold horror when a mysterious disease transforms his best friend, Michael Fayne (Adrian Holmes), into a murderous predator who feeds on other humans. As the disease spreads and more people are transformed, society fractures into opposing camps pitting normal people against the growing number of these “vampires.” Swann races against time to understand what’s happening, while Fayne rises to become the powerful underground leader of the vampires.