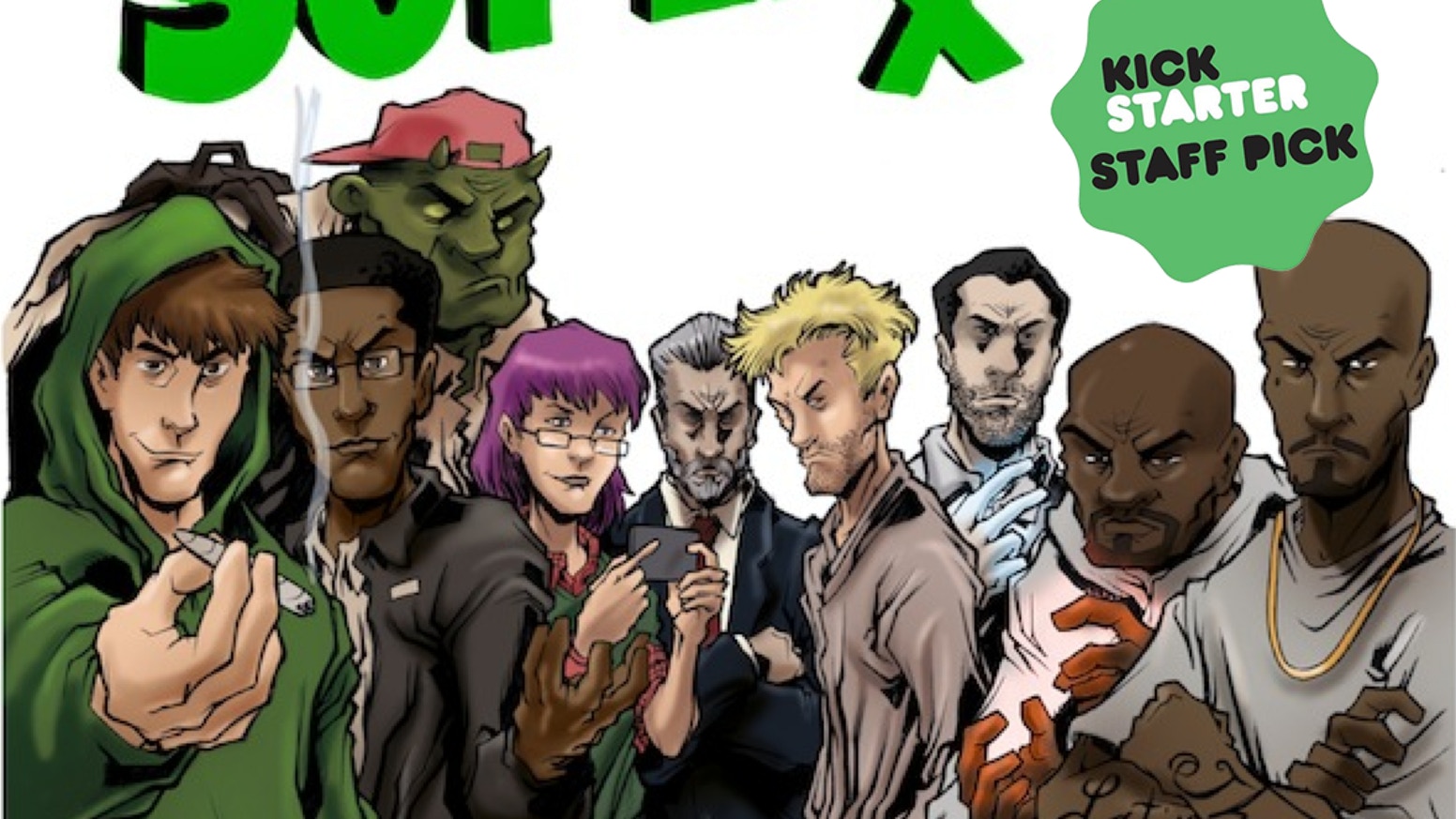 Before I go into this piece, I need to give a disclaimer. I have never been even remotely intrigued by recreational drug use. Weed was something that never appealed to me, and while I had no problem with people who smoked it, I was never a huge fan of the culture that surrounds it. So when I got a request from Mike Dean, one of the writers and creators of Super-Bud, a comic about how a strand of weed gives a pothead superpowers, to say that I was not entirely enthusiastic would be an understatement. However, it’s funny how these things work, you go into reading a book expecting to not really like it at all, only to be absolutely blown away by just how fun and clever it is. This was my experience when reading the first two issues of Superbud (which I did consecutively in less than an hour).

I think one of the biggest sells of this book is actually its art. While I was not super impressed with the cover art, the interior art gave the book the aesthetic of a Saturday morning cartoon and this goes a long way in setting the atmosphere and tone. The writing matches this tone as a fun and goofy ride that feels authentic and genuine. I think probably one of my favorite parts in the book is when the main character confronts his most recent ex about her dodging his calls, only to find out that he hadn’t been calling his ex’s cell, he had been calling her families house phone and all his voicemails were being listened to by her parents. This leads to another thing that I loved about the book, it doesn’t glorify weed and in some ways does the exact opposite.

In most weed centric comedies that you see in the creative industry, weed is treated like a be-all cure-all for everything. However, that’s not the case in this book. While it doesn’t demonize the drug and does show that there are people who handle its use with a sense of responsibility, it also makes it a point to have the overuse of weed be a character flaw in the story’s protagonist, Danny. Throughout these first two issues, you really get a good look at how this kid is kind of just throwing his life away because weed is all he does. He dropped out of school and it’s kind of implied that this is because smoking was more important than classwork. His girlfriend Stacy dumped him because all he wanted to do was sit around the house and smoke pot. Weed became the very crux of his personality, but rather than this be glorified like it is in every other Seth Rogan film, it serves as the character’s fatal flaw, which ironically leads to his ascent to a superhero when he gets ahold of the experimental marijuana his dealer scored.

Being taken by surprise is either great or not, and in this instance the surprise was awesome. Super-Bud is a title that I not only enjoyed but I eagerly await the next printing of. I hope that creatives look at this book not only for how to handle comedic interactions between characters, but how to use topics like Marijuana as a way to tell a story and not just glorify a product. I think a big thing that helps this team is that according to Mike, they take their time and soak in all the constructive criticism they can get before moving onto their next book. These are lessons that everyone in the industry should be learning from because this is how you make a genuinely good story that captures an audience. Be sure to get ahold of the first 2 issues of Super Bud, they are available on Comixology and Facebook!

It’s a Bird! It’s a Plane! It’s…
Yes, This Review is a JoJo Reference