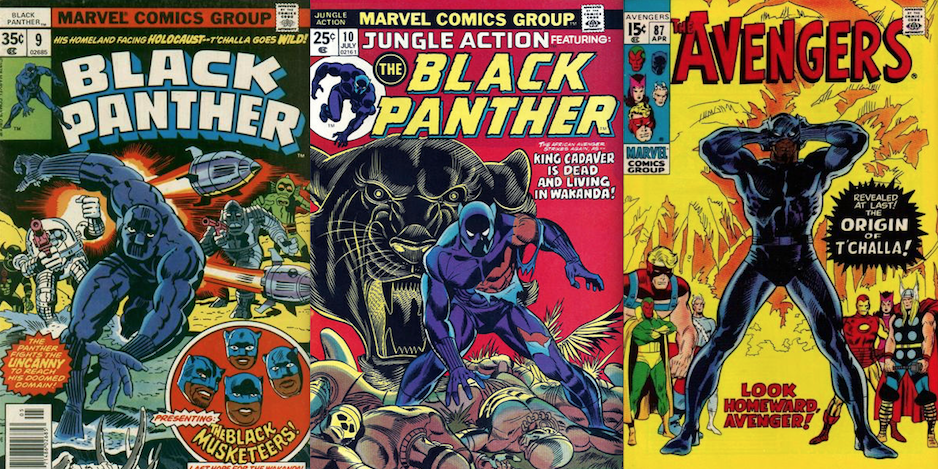 I can remember being 11 years old, I think that puts me around sixth grade. I was going to a high-end prep school where I was one of few black kids in the entire school. I knew I stood out, I was reminded of it every day, and well, I was insecure. I was also an introvert who at times, was too smart for my own good.

After school, I couldn’t wait to get home to read my comics. They were my escape from reality. They brought me joy and it was how my hobby of reading really took shape. I’d turn through page after page, completely entrenched in the story lines that Spider Man, Captain American and the X-Men provided. However, as I turned the pages, I found myself searching for something that was missing…someone who looked like me.

One day at our local comic book store I asked the store manager “Are there any superheroes that are black? I mean a hero that isn’t just a sidekick and is bad ass?” He jumped to his feet with excitement and said, “Of course little buddy! Have you ever heard of Black Panther?” This enthusiastic and well-versed manager was so passionate, and he probably had no idea what impact he left on me. From him, I learned about Stan Lee and Jack Kirby’s creation of the Black Panther and that he’d been around since 1966! As he went on, he also told me that the reason Captain America’s shield was so resilient was because it was made of vibranium, an indestructible metal from an African Nation named Wakanda. Not to take anything away from Captain America, but his shield is such a major part of who he is as a superhero…and so from where it hails is a very important yet typically unmentioned detail.

So when February 16th of 2018 rolled around, I was one of the first fans lined up to see Black Panther on the big screen. The pride I felt was unprecedented and my 11 year old brain took center stage. It was obvious that I was not the only person in the theater who felt that way. That moment in the theater was a win in more ways than one. And finally, the rest of the world knew what us comic book fans already knew, and the Marvel Universe line up had been put into better perspective.

Don’t get me wrong, hardcore fans have known about T’Challa and Wakanda since they were introduced to the Marvel Universe in 1966, but before the movie hit theaters, we never saw a Black Panther Halloween costume or even a hint of his existence in any main-stream Marvel productions.

Two years from today, May 6, 2022, Black Panther returns to theaters for a sequel. I’ve thought about this movie so many times since 2018 and my kids love re-watching the original on family movie nights. I truly hope for continuity purposes that the full cast returns for the sequel. Since it’s taking the franchise path and will not be a standalone movie, it would be great to see some of T’Challa’s archenemies appear on screen. Dr. Doom for example, is a true madman, highly intelligent and focused and would love control over Vibranium. Man-Ape, Tetu, White Wolf, Morlun, Reverend Achebe and Zenzi are other hopefuls I’d love to see make their way into the Black Panther sequel.

Black Panther debuting on the big screen was a game changer in comic history. Sure, the hard-core fans knew they existed, but they weren’t the leading characters who received the benefit of mass exposure and thus, mass appeal. Bringing a black superhero to life of this magnitude opened doors to explore new and less “traditional” story lines, instead of the predictable paths that major movie companies often take.

Whether you’re a fan or the DC or Marvel Universes or both, each universe has made an intentional effort to diversify characters across races, genders and sexuality. As I read these comics as an adult, it appears that these universes are more open than in decades past. They have begun to address “hard” or more “taboo” issues and topics through the characters and heroes and their story lines. In doing so, they’re sending a message to their audiences – we see you, you matter, and you’re not alone.

They’ve even begun rebooting characters to mirror today’s world, and not stay rooted in the norms of generations past. Green Lantern (Alan Scott) in Earth 2, now has a love interest that is of the same sex. Superman denounced his American citizenship. Luke Cage’s entire story is a reflection of the late Stan Lee’s “woke-ness,” especially given the era in which he introduced Cage. I have watched so many characters introduced in an organic and plausible way, paralleling real life. The beauty of this comic community is that it is incredibly inclusive and seems to be embracing more of that on a large stage (and with great success!) every day. That’s a win for all of us.