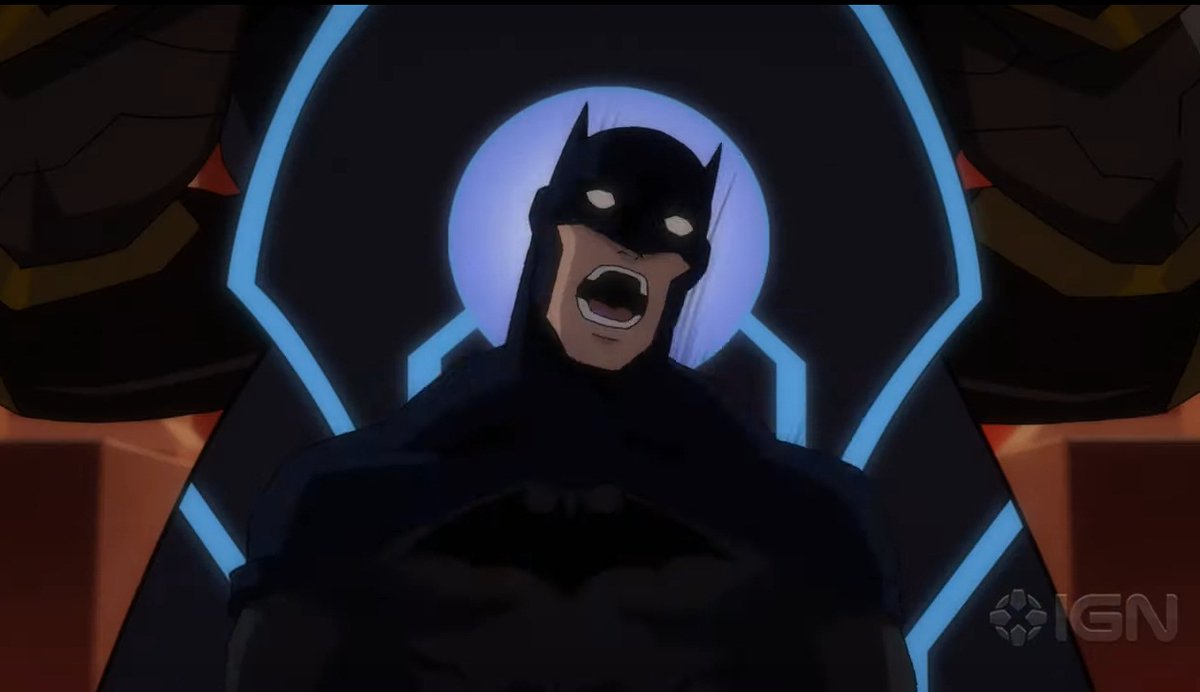 In 2018 and 2019 we saw Marvel do a cinematic first in the conclusion of its Infinity Saga with Infinity War and Endgame. These films were the culminating event of over 10 years of storytelling and set a whole new gold standard on both crossover films, and universe expansion. Today I just watched DC try to do the same thing in Justice League Dark: Apokolips War, and in a way it was successful. It is certainly a culmination of story telling that accurately represents the quality of films I have come to expect from this New 52 inspired Animated Universe. In other words it’s a horribly paced, sloppily written, lazily designed film with just enough easter eggs and epic fights to distract a fan from the fact that everything else is so lackluster. So without further ado, let’s dive into Justice League Dark: Apokolips War.

The movie actually sets the stage really well, starting with Superman gathering every member of the League for a full on assault on Darkseid at Apokolips. However, the sequence is cut short the moment the invasion begins and these Doomsday infused Parademons come out. We only find out about the aftermath of these events in a montage style flash back sequence set off by both Clark and Constantine recounting their memories of events about 15 minutes after the opening credits. The rest of the movie is the narrative trying to play catch up for what was robbed of us in the first act. It really is ironic because as much as this film tries to be DC’s Infinity War and Endgame, it completely missed what made both of those films so impactful. This movie should have been a 2 parter that set up the fall of the League and the Titans against Darkseid’s forces, and the second part be the rally and final push. This way every loss in the film feels earned, and more importantly Darkseid can get some much needed time to shine. This leads to one of the film’s chief problems, which is a complete lack of character motivation for Darkseid.

It’s really a sad thing to see these horrible films make Darkseid seem like such a boring character. Ever since his introduction in War there has been no real narrative drive for him. However, even for this animated universe to say that the writing of Darkseid and his scheme in this film is sloppy is an understatement. What’s Darkseid’s goal and motive? Not sure, honestly it feels like it changes halfway through the film, and even now having digested the film for a few hours I am not sure. While I understand the criticism of changing Thanos’ motives in the films, the way they handled it was still compelling and made him an interesting character and actively drove a 2 film narrative. This Darkseid feels hollow and even incompetent at times as he’s constantly being played by Luthor to believe his mind controlled Batman has broken his programming. However, Darkseid’s lack of character isn’t the only thing left in question. The movie leaves you asking way more questions than it has answered and for a finale to a universe, that’s a very bad look to have.

A final film is supposed to use context from previous installments to settle loose ends, however Apokolips War is constantly throwing things at us that have not only not been established, but are completely unprecedented within the context of the animated universe. Batman is forced to sit on the Moebius chair by Darkseid as a way to corrupt Batman, but when has this ever been used as a literary device for the chair before? Did Darkseid use anti life to corrupt the chair? Where is Metron, in fact we hear about the New Gods, but only see Apokolips. What’s going on with New Genesis, and Orion? Why aren’t they involved? The list of questions goes on and what it’s ultimately chalked down to is that Batman sitting on the Moebius chair is a huge moment from a story in the books called Darkseid War, but rather than take the time and earn this moment, they throw it in here as a cheap easter egg. Film is a visual medium and as a result you cannot just have important plot details be left for off screen. However, the worst sin that this film commits, is its awful tie back to Flashpoint.

Now in the first 5 minutes of the film they mention Barry’s Flashpoint experience. This is the first time The Flashpoint Paradox has been acknowledged or even mentioned since the movie came out in 2013. However, this tiny minor piece of expository dialogue becomes the key component to fixing everything that makes the time heist plot from Endgame look iron clad in comparison. About 3 quarters of the way through the film, the find out Barry has been kept alive by Darkseid for… reasons?(again Darkseid’s motivations are not well flushed out at all) and Constantine does some magic to help Barry calm down and this exposes Constantine to seeing The Flashpoint. This is all done so they can use it as a really bad deus ex machina to “fix” everything at the end of the film. Seriously any Snyder blowhard that has pointed out the plotholes in the resolution of Endgame needs to own up to this being gargbage, because not only is the ending of this film cheap, but it tarnishes the legacy of one of DC’s best animated features ever.

Now of course there were things I enjoyed about this film, in it’s final acts there were even moments I wanted to like the film, but it just hadn’t earned it. Superman had some really great moments throughout the film, and there is a fight between him and Darkseid at the end of the film that was probably the singular, truly amazing thing about this film. The fighting animation was solid and dynamic all around (which was refreshing) and the voice acting was a LOT better than most of what I have seen from this universe over the past 10 years. However, those things cannot make up for an hour an a half of a poorly paced narrative with bad writing that tries to turn DC into a dark reflection of Marvel. Marvel Ended their 10 year saga of 23 films with an explosion, DC ended this almost 10 year, 15 film era of animation with a whimper. It may not seem to be a fair comparison, but when this film spends 70 percent of its time slapping you in the face with trying to be Infinity War and Endgame, it’s kind of hard to ignore. DC’s next animated film is called Man of Tomorrow, but rather than being hopeful for a good Superman film, this movie has left me questioning wether it’s even worth my time.