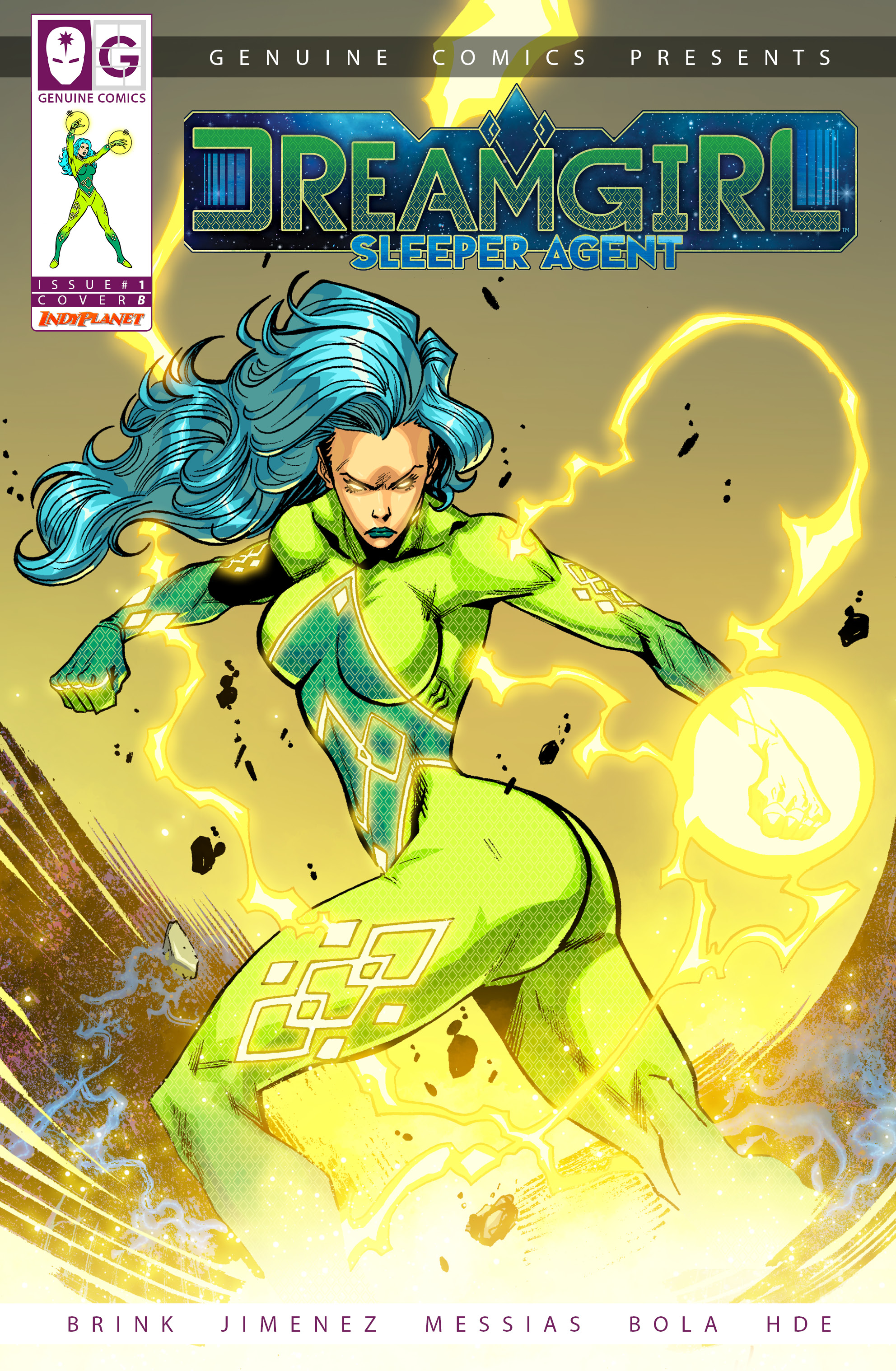 In the current state of the Industry there has been a push for strong female characters to the center stage. However, many names in the mainline industry have taken great female characters and at the cost of an agenda made them bad characters. Carol Danvers is now a murdering psychopath that isn’t ever allowed to be wrong, She Hulk now literally looks like a troll from Norse myth and outside of her name you wouldn’t know that she was a girl, and the list goes on. This is a direct result of writing an agenda rather than a character. However, there is one writer that I have come in contact with recently that across his books is setting a gold standard for how to write strong female characters, and I am talking about Dave Brink, writer of Perfect 10, which I reviewed a few weeks ago. However, Perfect 10 is not the first time he’s written a golden level for female characters, which brings me to the book I want to talk about today, a book set in the same universe as Perfect 10, called Dream Girl: Sleeper Agent.

Now as I said before, Dream Girl takes place in the same universe of Perfect 10. This gives it some huge adavantages as going into it, I have already been familiarized with a bit of the terminology. The premise of this book, to put it simply, is that the protagonist Megan is a sleeper agent, and in this book that means that she fights demonic entities that attack a person’s mind while they are asleep in the hopes to possess them. It’s a fantastic concept and what makes it work is how straightforward it is. It’s not this super layered book, it’s an action book. There is clear good and bad, demons possessing people are bad, Megan is good. However, what really makes the character of Megan stand out is the fact that she struggles.

It has somehow become a trope in modern comics to negate struggle for female characters. Female characters are shown to be more adept than their male counterparts in every single way to the point where they may as well be the only heroes out there, and what’s more is that they are never allowed to fail. This concept strips the heroic quality from a character. No one wants to see a hero who doesn’t struggle (just look at the constant criticism of Superman), because struggle is what makes a hero worthwile. The hero’s journey is based on struggle, so if you take that aspect away from a character, you have an empty shell. This is not the case in Dream Girl.

Right from the get go it is very clear that Megan is Powerful, but she also has limitations and makes mistakes. This is presented almost immediately in the issue when she gets put in a situation that she wasn’t ready or prepared for because it’s a first. She ends up being ganged up on by 2 demons in this guy’s nightmare and it becomes clear that the demons are adapting to her tactics and so she is caught off guard and starts the book taking a bit of a beating. While it does get to a point where she has to call in for backup, the resolution of the issue is dealt with by her. Within the first issue we get a solid character arc of her facing and overcoming a struggle. Within the first issue Megan earns her title as a hero because she percervered and overcome her initial failure. This is good character writing, this is a good hero.

By the end of the first issue, Dream Girl is a book that is close to matching and even surpassing Perfect 10. Both books are fantastic and have individual strengths that set them apart. I feel that the narrative in Perfect 10 flows a bit better and is more cohesive, but I feel that the characterization of Megan in Dream Girl: Sleeper Agent is so utterly fantastic and the reveal at the end of the issue not only broke my heart, but left me wanting more.

At the end of the day, people want heroes to be better than themselves. They want them to be strong, to be empowered, to be confident; people want this because it sets goals for things that they themselves want to be. That’s why heroes are designed to be in peak physical condition, to be attractive, to be powerful. They are things that we as a society hold value in. The idea of heroes is to give society for ideals and concepts to strive towards to attain the very best we can be. Dave Brink writes female heroes in this way and as a result you get a good book that’s well written and with art that is flashy and catches the eye. It just goes to show how important the basics really are and how the mainstream industry has decided to abandon those basics despite the fact that they are there for a reason. Write heroes, write characters, cut the agenda push out because noone cares. We want stories, we want entertainment, we want writers like Dave Brink. Dream Girl: Sleeper Agent will soon be available for purchase on the Indy Planet website.