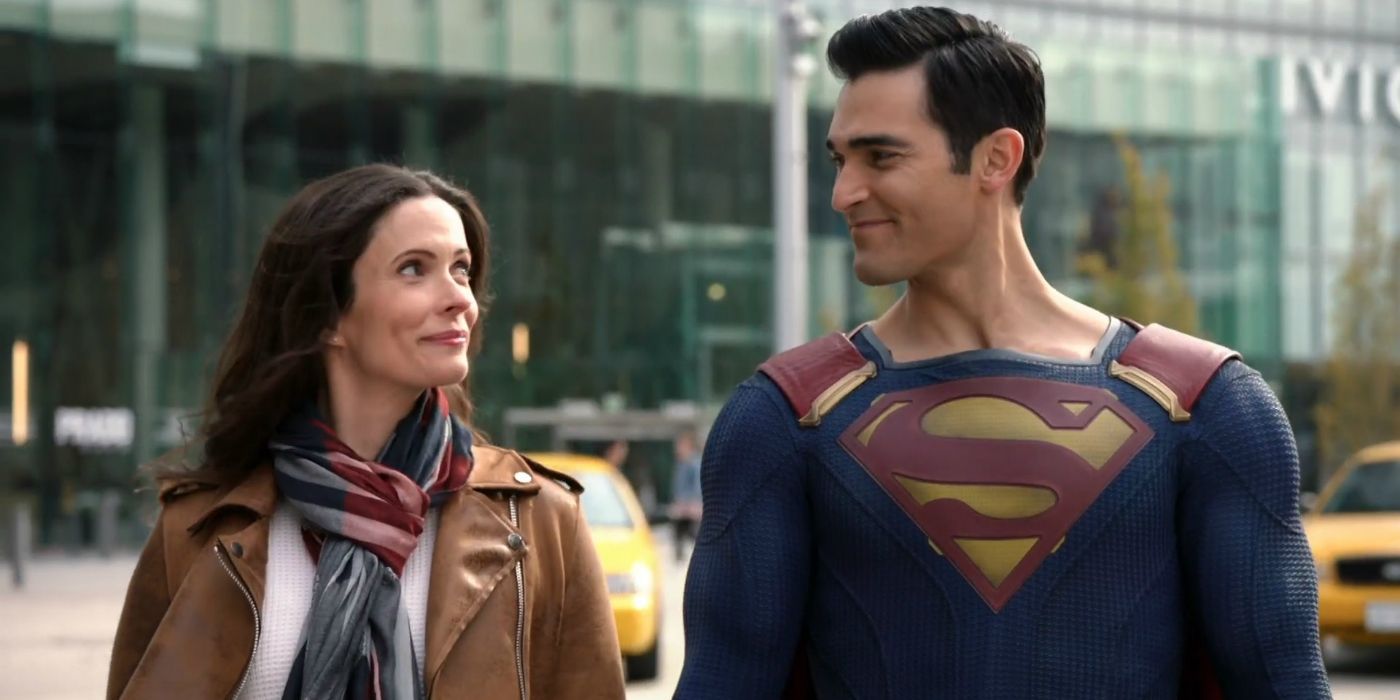 Superman returns to television with the upcoming CW series, Superman and Lois, airing January 2021 with Tyler Hoechlin reprising his role from Supergirl as Superman/ Clark Kent. Despite Superman appearing in various television series throughout the years, a lot of his vast comic book history has remained untouched on the small screen. Below I will list storylines or moments from Superman’s comic history that have yet to be seen on TV that I believe would great to see on the upcoming series Superman and Lois.

Electric Blue Superman came at a time when DC wanted to make a 90s version of the classic Superman Blue and Red story from the Silver age comics. The 90s story line had Superman acquire new abilities that were energy based and gave him a blue aura. While fans reacted negatively to the changes made to Superman at the time, I think a storyline similar to this would be interesting as an arc for a TV series. So many times in previous series based on Superman there were many plot points that had Superman losing his abilities for a short period of time, whether this be on Smallville or Lois and Clark it’s something that has been done to death. Superman having to spend a season adjusting to new powers could create a brand new type of challenge for The Man of Steel while still stripping him of his Kryptonian abilities. Plus that blue suit would be a treat so see in live action.

Grounded….or a version of it.

Superman : Grounded was a story line done by DC shortly before the New 52 Relaunch in 2011. The story followed Supeman as he walked across America to regain a connection with his adopted home after a stint on New Krypton. Grounded wasn’t exactly well received by fans and critics alike, as it mis-characterized Superman quite a few times in the arc. Grounded never really finds its voice as original writer J. Michael Straczynski left the title halfway through to focus on Superman: Earth One. Despite the the hurdles the comic faced, I think the concept is still a good one, and one that could work on Superman and Lois . The CW has done a good job tackling social and political issues on Supergirl in the past, the same could be done on Superman and Lois. Have Superman walking to small towns across the United States coming across corruption, Police brutality, mistreatment of immigrants and Racism, all things relevant in America right now. An arc like this could also potentially lead to some really fun crossovers, imagine Superman walking though Freedland and teaming up with Black Lightning against corruption in the city.

When talking about Batman and Superman teaming up fans usually think about the World’s Finest taking on two or more of their united rogues gallery or in rare cases like Public Enemies, the entire Super Villain community, but I believe one unique story would be perfect for a Superman and Lois crossover with Batman and his supporting cast, Emperor Joker. Emperor Joker saw the Clown Prince of Crime acquire the reality altering powers of Superman foe Myxztptlk and remake Earth in his image. Joker with god-like powers would be a great Crossover villain, but there’s no guarantee Warner and AT&T would allow the Arrowverse producers to use him, even with them being more laxed with having multiple iterations of characters, Joker is still a major villain who they may want to save especially for films. If this ends up being the case I’d propose using Trickster in place of Joker, and making it a crossover with the Flash family. Trickster is portrayed by Mark Hamill who famously portrayed Joker in Batman: The Animated Series and many other projects, having Hamill play the main villain could make up for not using Joker.

A Dick Grayson Team Up

Speaking of Bat-family members, Dick Grayson has always had a special relationship with The Man of Steel. In DC canon, Dick and Superman have been close friends since the days of the original Batman and Robin. Grayson also got his idea for his second super hero identity from Superman, after the Kryptonian told him of a legendary hero from his home world, Knightwing. It would be nice to see Dick appear on Superman and Lois as Nightwing or depending on where Grayson is in his life in the Arrowverse, perhaps he could roll into town with Spyral, as Agent 37. A Grayson and Superman team up would be a nice change of pace from the “light hearted powerful hero” and “the darker vigilante hero” trope, both Clark Kent and Dick Grayson are both lighthearted fun people, who see the best in people, and that’s why they work so well together.

Following DC’s event Convergence in 2015, it was revealed that Post crisis era Superman had survived the destruction of his universe alongside Lois Lane and their son, and were now residing on the New 52 Earth 1 in secret. Taking on the surname “White” Clark and Lois build a farm and a new life in the New 52 universe. Clark begins saving lives in secret in a new black uniform which eventually leads to a meeting with the New 52 Superman. The Superman of the Arrowverse takes inspiration from the new 52 and Rebirth Superman ( which is a merger of new 52 Superman and Post Crisis Superman), with that being said I think there is a way for the producers of Superman and Lois to pull off the “Clark White” storyline simply bring back Tom Welling’s Clark Kent. The Smallville version of Clark was last seen in the Crisis On Infinite Earths crossover shortly before the multiverse was destroyed by antimatter, While the Multiverse was reformed it would be an entertaining storyline having Smalllville’s Lois and Clark, along with their daughters, as stowaways on New Earth. Tom Welling may be adverse to wearing the red and blue suit, but he’s no stranger to an all black version of the suit, could you imagine Welling in the Clark White Superman suit? I imagine it’d be jaw dropping. Welling could play a role similar to John Wesley Shipp’s Jay Garrick on The Flash. Hoechlin’s Superman could have adventures with Wellings, learning important lessons about being a hero and parent, before returning to his own world.

What other moments from the comics would you like to see on Superman and Lois? Are you planning on tuning in? Let us now in the comments and also let us know what you thought about the above ideas. As always thanks for reading!

Death Metal #2: The Insanity grows more Insane (Spoilers)
Why ‘She-Ra And The Princesses Of Power’ Exceeds Where Other Reboots Fail