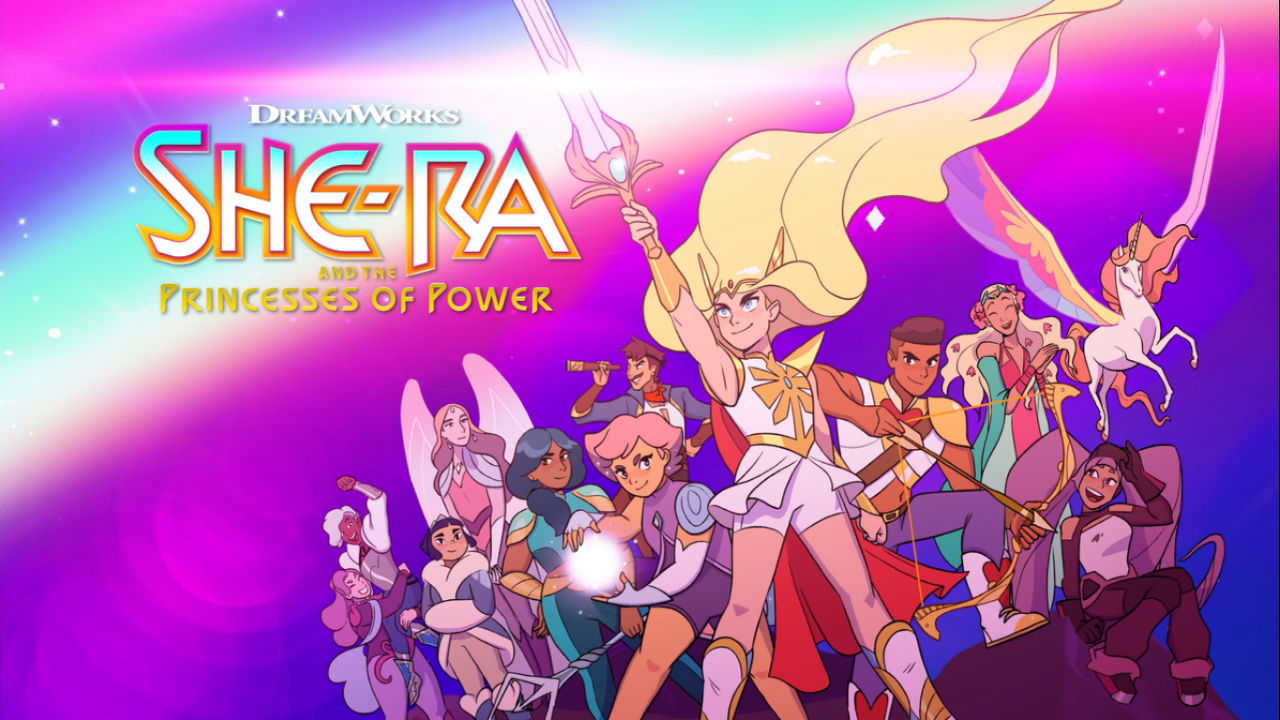 It is easy for some people to point out the current state of Western Animation and try to find its flaws. I’ve written at length the problems I’ve seen with Western Animation in the past, but I can’t deny the sheer number of excellent creations in recent years. We have seen an explosion of extremely talented creators and writers telling more diverse stories using this medium with shows aimed at families striking a cord with adults. American Animation has been excellent thanks to streaming services and a prime example of this excellence is Netfix’s She-Ra And The Princesses Of Power. The show just completed its 5th and final season releasing all 5 seasons within the span of just two years and that show is a massive success with both critics and the fandom it has carved out. The show succeeds where other reboots before it have failed and since it has concluded it is the perfect time to examine why this is the case as spoiler-free as possible.

The original series, She-Ra: Princess of Power began to air episodes  in 1985 and lasted for 2 seasons. Originally conceived as a spin-off of He-Man and designed to sell toys to young girls the show has made an impact on many children who grew up with that show in its original run. There is a lot of nostalgia for this show and a lot of love, but bringing this property back to life in a modern reboot required a lot of changes. The original show, while fun, isn’t very well made. This is largely because Western cartoons of the time were designed as long commercials for the products the toy companies were offering and less time was spent on working on animation. In a more modern sense this doesn’t happen nearly to the same degree those shows did. Modern Animation is so often a step above and has to be better based on the merit of the show itself so if She-Ra was going to come back it would have to deeply change with the times.

When taking something that originated for a specific time period to do a specific thing it can be extremely difficult to modernize it. There must have been hurdles to have come up with a concept that would make for not only a good show for new viewers, but to find enough great elements from the original work to still keep people who grew up with it happy. The creator, Noelle Stevenson brilliantly came up with a concept that not only understands the source material, but crafts it and changes it enough to feel like its own separate entity. It has its own identity and because of this shift it feels far more inclusive and far more modern. This includes multiple factors, but it certainly is most apparent in the production of the show itself. The animation is slick and clean while the voice cast brings the characters to life without falling into stale patterns or clunky dialogue. The music is gorgeous giving weight to so many moments and giving an iconic new twist on some of the original characters. There is a lot more going here than ever before.

The quality of the show is leaps and bounds beyond the original in possibly every way, but that is in large part due to a greater focus on crafting a much more engaging narrative that focuses on the strength of each character as opposed to how they looked or what their abilities are. When you focus on trying to build a world of fully realized characters you end up with a product that gives the audience something more to think about and enjoy. The best ways in which it had modernized it in which other reboots failed is often in the simple fact that it attempted and succeeded in being its own thing. It used  the original series as a base for greater things and went in their own direction. That takes a lot of courage and planning because of the often overprotective nature of geek communities. This has impacted and greatly improved its story in so many ways worth noting and analyzing.

I had mentioned that the ways in which animated shows are perceived now as opposed to in the 1980s is extremely different. The shows of today are designed to give audiences something more to look into and to absorb the content as opposed to leading children towards wanting to purchase a product. Times have changed and the method in which shows can be viewed is drastically different, which has fewer episodes overall and a more heavy focus on creating an engaging story. This is just one of many reasons why this show succeeds. It takes its time to create a story that is built up in its five season arc.

The story follows young Adora who is granted the abilities of an ancient warrior She-Ra and defects from the evil Horde to join the Princesses to stop the Horde’s reign of terror across the planet Etheria. While this is about all I can get into for the story without hitting spoilers the show takes this simple concept and completely makes it way more nuanced than it has any right to be. It would have been easy to create a show with flat one-dimensional characters, but instead the show insists on allowing you to see every character and their own personal journey. Heroes are given flaws and the villains are made sympathetic. You get to learn and grow as the characters learn and grow on their journey. There are characters who are seemingly supposed to be villains, but they don’t act like what would typically be considered a villain. There are supposedly good characters that sometimes do bad things. This complicated nature is the cornerstone to any great show, but this show in particular uses all of the characters to its advantage to tell its story. The characters are the most crucial element to the story and their journey is what drives everything.

The story continues from episode to episode and while some episodes can take minor detours the series knows how to stay on track to telling it’s larger narrative. It all plays in and as the series progressed their ability to juggle secondary stories alongside the main narrative became one of their strengths. She-Ra  balances tone with appropriate character growth and an overall battle against evil that keeps you engaged the entire way through while consistently getting even better as the series progresses. While other reboots focus on trying to hit similar moments from the original this show just focused on making the best story they could possibly tell and that says a lot about what was put into making everything work for this series.

The depth of a great narrative is only able to flourish if the themes present in the material are more than willing to carry it to its conclusion. The team behind the show wanted to explore some interesting themes and give a voice to certain things we all experience in addition to allowing a more broad and diverse perspective. These themes include providing LGBTQ people to have a large role as well as themes of abuse and grief.

The biggest and most prominent theme in the series is one of just how normalized the representation of LGBTQ characters are presented. In a similar way to Steven Universe there are no big moments where characters are separated to make a deal about their sexual orientation. The characters just love and are loved in as normal a way as possible. This method of making it played without question is such a large thematic component given that Queer coding is hinted at in so many of the characters throughout the series and fans have taken it upon themselves to further dive into these topics. The characters are additionally diverse in their representation from their skin color to their body types and their gender identity with one major character being Non-Binary and another character being coded as autistic. The theme of greater representation and diversity is stamped all throughout the show, which is why it has garnered such a strong following from LGBTQ+ fans of all ages.

The interpersonal relationships presented in the show also have deeper themes and meaning with some of them including examining the relationships between friends and family that deal with an abusive parent. The character of Shadow Weaver raised both Adora and the show’s antagonist, Catra together. While Adora was abused in a manipulative way, Catra’s abuse was more direct and compared everything that she did to Adora. This abusive dynamic led to the reasons why these characters act the way that they do and why they end up on opposite sides of this battle. This theme of abuse is powerful and it is presented in a way that doesn’t feel cheap or unnecessarily added. In addition to abuse, people experience deep grief for the loss of people they love. All of this is presented in a show that families can enjoy together. It’s incredibly impressive that it finds this balance and it’s a testament to this show’s bold execution, which sets it apart from other reboots that have tried to do similar things.

She-Ra and The Princesses of Power is an excellent example on how to take a viable property and make it relevant again, while shifting the things that don’t work to the side in favor of better and more interesting opportunities. Netflix and Dreamworks worked hand in hand together and delivered one of the best animated shows in the last couple of years. With critical acclaim and a deep sense of love this show is certainly worth your time if you want a show that will allow you to experience a wide range of emotions in addition to enjoying a wonderfully dense family narrative. It’s highly recommended viewing.

Like Loading...
Continue Reading
You may also like...
Related Topics:animated series, DreamWorks Animation, featured, Geek, LGBTQ, Netflix, She-Ra and The Princesses Of Power, She-Ra The Princess of Power

Moments From The Superman Comics That Would Be Great To Adapt On “Superman And Lois”
A Phenomenal Half Measure is Still Just a Half Measure: Spider-Man: Far From Home Retrospective