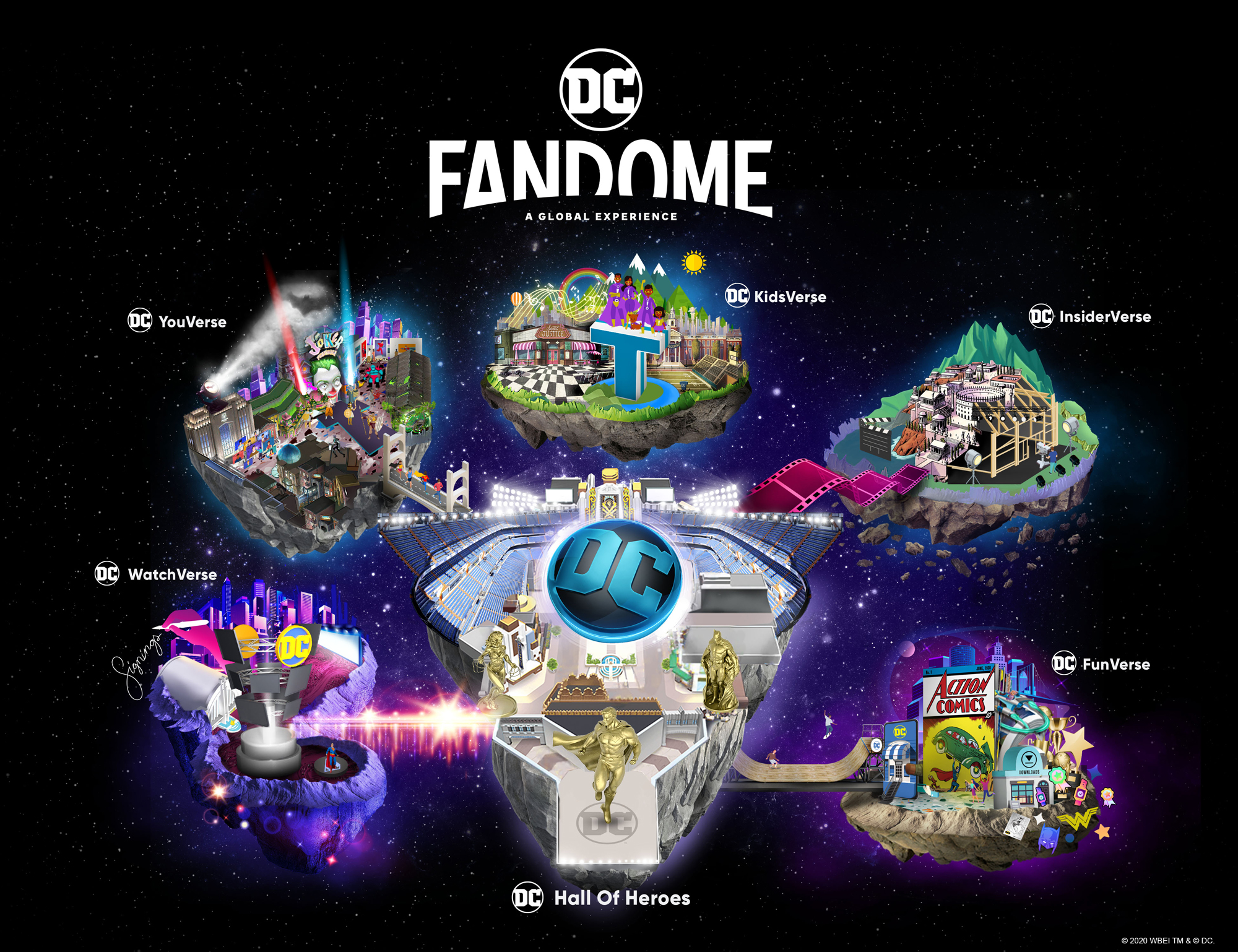 DC Fandome is upon us! The DC comics event is set to highlight many of DC’s most prolific characters in every medium, from books, video games, along with Films and Television series. Below I’ll list my most anticipated parts of this massive event.

DC’s television series have found themselves in a whole slew of strange situations lately, having shut down production due to Covid-19, many of the seasons were cut short and story lines were left unfinished. A issue for the CW series alone is having to replace series regulars like Hartley Sawyer and Ruby Rose,Sawyer being removed for disciplinary reasons and Rose simply wanting out of the role, both of these sudden removals will be jarring to some fans and have massive implications for the story on the shows they acted in. It’ll be interesting to see how these issues will be addressed at Fandome. On a much better note It’ll be good to get a first look at Supermans highly anticipated return to Television in Superman and Lois and a look at Flash Season 7 picking up from what in my opinion was a very solid season. I’m also hoping for news on a potential third season of Harley Quinn.

WB Games Montreal last took gamers to the world of Gotham City in 2013’s Batman Arkham Origins, Montreal returns to that world again with their upcoming Batman game that is rumored to be centered around the Court of the Owls. The game is set to debut at DC Fandome and many fans can’t wait,myself included. WB Games last game featuring the Caped Crusader wasn’t as beloved as Rocksteadys Arkam Asylum and Arkham City, but nonetheless Batman Arkham Origins was a solid game with great boss fights and a nice voice cast. It’ll be interesting to see how much of an improvement over their last game this one will be, with it being on current and potentially Next Gen consoles.

We’ll finally be getting a look at Matt Reeves highly anticipated take on Batman at Fandome. Not much is known about the films plot besides the film taking place in the early years of Batmans career. Fandome willl hopefully answer plenty of fans questions regarding the film and leave them with even more questions, I’m personally hoping for three things, a closer look at the Bat-suit,a look at the Catwoman suit, and few seconds of Robert Pattinsons Batman voice.

The DC Film Universe may be more interesting than its ever been,from The Rocks long awaited Black Adam film, Wonder Woman 84, and The Flash film which is now confirmed to have Ben Affleck return as his iteration of Batman, the DCEU has no shortage of things for fans to be excited to see at Fandome. One thing I’m hoping for is any news a potential return for Henry Cavill as Superman. That would easily steal the entire show.

The Fabled Snyder cut of Justice League was made possible by the greatest fan movement in history, fans of Zack Snyder and DC made themselves heard for three years and were able to force the hand of Warner Bros,while being charitable along the way. Now at Fandome we’ll get to finally see the teaser to the true first Justice League film. I’m hoping that in the footage shown at Fandome we’ll get to see a stark difference from the Whedon cut immediately. Fingers crossed for some Batfleck action and another peek at Darkseid.

What are you Most looking forward to from DC Fandome? Let us know in the comments and as always than you for reading!