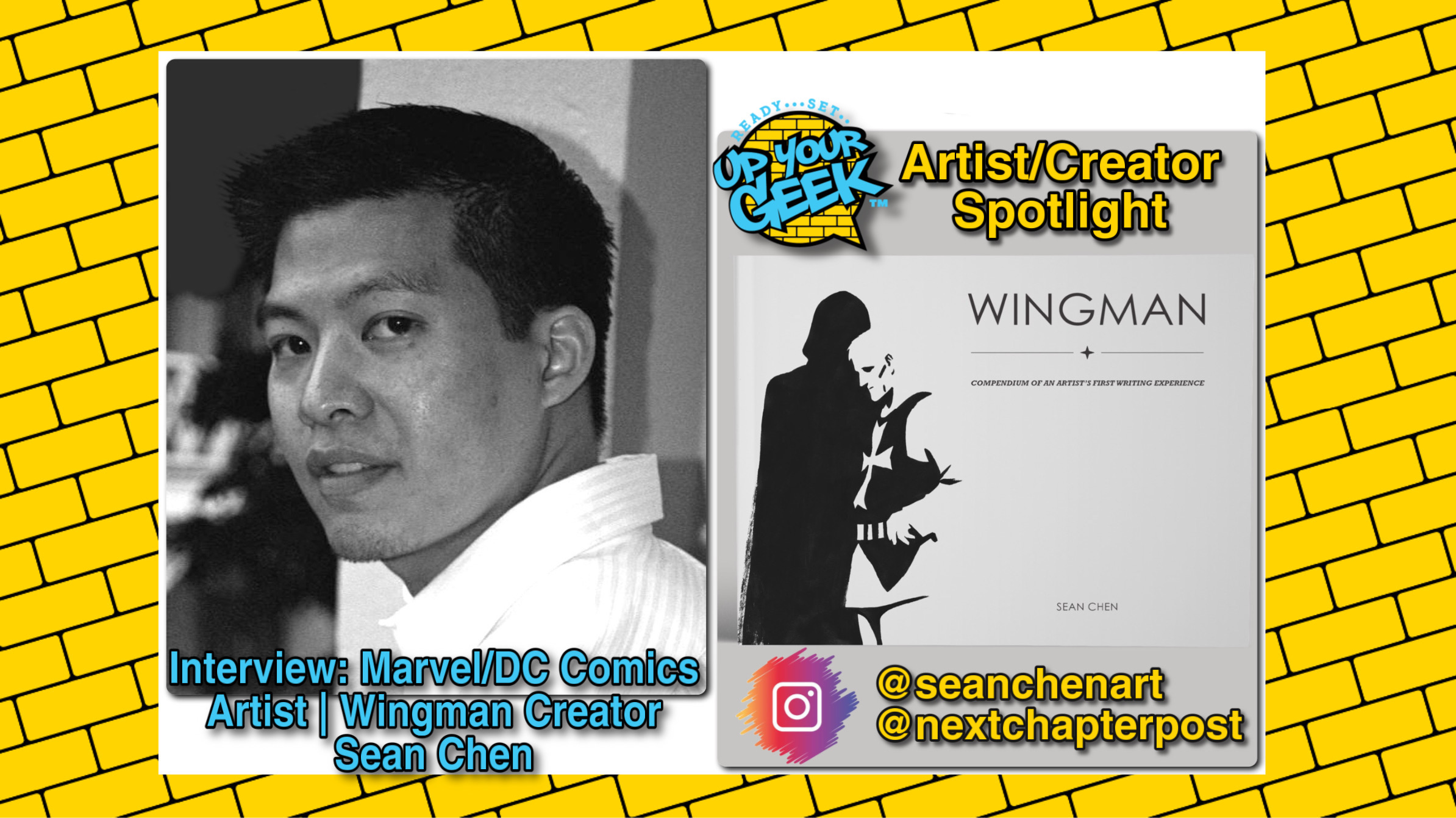 We had a chance to interview former Marvel and current DC Comics Artist Sean Chen, who discusses his current run on Batman Beyond and his new project where he takes on being not only the artist, but the writer and editor as well.

Sean has been a major part of the comic book industry for over two decades. Starting with Valiant Comics, his debut book, Rai And the Future Force, topped the charts with over 800,000 copies sold. He then moved on to Harbinger and Bloodshot before landing on their flagship title X-O Manowar. Sean then found a new home at Marvel where he started what would become the longest and most remembered run of his career working on Iron Man. For the next decade, he had his hands on a number of titles, including Wolverine, X-Men, Spiderman, Nova, and the Avengers. Sean also applies his artistic and storytelling skills in the field advertising as a storyboard artist. Currently, he is the artist for Batman Beyond for DC Comics.

Sean partners with NextChapter, who collaborates with creators on a 2-pronged partnership by first releasing a digital version of the story on their Instagram channel (@NextChapterPost), followed by a 24-hour digital drop of physical copies supplemented with insight into the creative process of each storyteller. On September 1st, NextChapter will host their first digital drop and fans will have purchasing access to physical copies of Wingman: Compendium of an Artist’s First Writing Experience, a graphic storybook featuring author and artist Sean Chen’s original story The Second to Last Seal (retitled Wingman) – which is currently available on NextChapter’s Instagram. The compendium embodies the artist-to-fan connection that lies at the core of NextChapter by complementing the panels with a page-by-page look at Sean’s creative process and inspiration for penning his first story after decades of drawing famed characters such as XO-Manowar and Iron Man. “NextChapter is a much needed platform dedicated to showcasing original stories from today’s graphic storytellers. What really impressed me about them as a publishing and distribution partner was that they saw a climate where more people than ever are telling stories, and they wanted to provide a place to not only share those stories, but also offer a glimpse into how and why each unique project came together,” said inaugural creative partner Sean Chen.

Check out the full interview below: