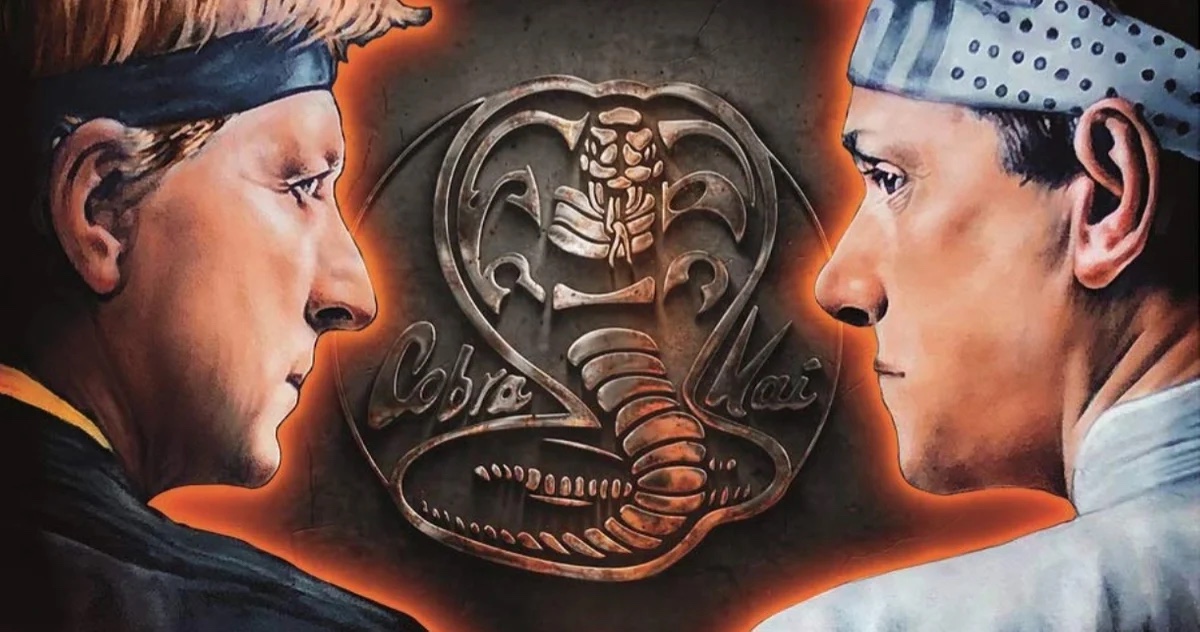 In an era where lazily conceived remakes, reboots, and sequel stories have become a normality, there is one series that stands out as a fantastic addition and in many ways, even an improvement to the original source material. Cobra Kai takes The Karate Kid franchise back to its routes in reestablishing the dynamic that started it all between Daniel Larusso (played by Ralph Macchio) and Johnny Lawrence (played by William Zabka), except this time with a twist in that the primary narrative lens of the show is through the viewpoint of Johnny Lawrence, the star pupil of the Cobra Kai Dojo in the first Karate Kid movie, the character that served as Daniel’s direct antagonist and foil in the original film. The series started off as an exclusive to the Youtube Red platform, but has since been picked up by Netflix and allowed to continue its narrative with a third season coming in January, and it’s absolutely a must watch.

So what is it about this show that makes it so good? For a lot of people, Cobra Kai has completely redefined the character roles established in the original film. By seeing this narrative primarily through Johnny’s perspective, I feel like this is to be expected. After seeing things through Johnny’s perspective, Daniel is now the object of fans’ ire, and within just weeks of the first season debuting on Youtube, you had videos going viral trying to even go back to the original and showcase that Daniel was the original film’s true villain, and that Johnny was the victim the entire time, and all of a sudden the entire internet made a running joke from the CBS Classic sitcom How I Met Your Mother a reality, and somewhere Barney Stinson was smiling. However, just like Barney Stinson was wrong in that aforementioned show, so too are these theorists who have now shifted due to the show’s narrative and now believe Daniel to be the true “Villain” of Karate Kid. However, the beauty of Cobra Kai is that despite this MASSIVE change of narrative lens and perspective, the villain of Cobra Kai is the same that it has always been.

A foil is a character who contrasts with another character; most of the time it is the protagonist, to highlight qualities of the other character

When you look at the dynamic between Daniel Larusso and Johnny Lawrence, whether it be in the original Karate Kid, or in Cobra Kai, there is no better term for it. This show ensures to maintain this nature between these two characters: Johnny is down on his luck, is a borderline bum, with an estranged son, and he went from the kid at the top of the world we saw at the beginning of Karate Kid to the literal bottom of the social ladder by the time of Cobra Kai. On the Other hand Daniel is living in a beautiful mansion, married with 2 kids, he’s got his own auto sale buisiness selling luxury cars- Daniel is living the American dream, and this is where the show starts these two characters. Where Johnny’s reemergence into Karate gives him focus, drive and even new perspective as he really comes to understand the importance of his role in his students’ lives, Daniel’s remergence in karate divides his focus, and ironically creates an inbalance in his life where he becomes so focused on it that it begins to derail everything else in Daniel’s world.

These characters fit the literary device of foil to the tee, but even still neither of them are the show’s villain, and Cobra Kai ensures this by making it a point to showcase that whenever these characters are put in a position to interact with one another and actually talk, they start to realize that they are a lot more alike and that in another life, maybe, they could have even been good friends (The first instance of this is showcased in Season 1 in an episode titled: Different but Same). However, there will always be a tension between these two in what Cobra Kai stood for back in the day, and that brings us to the answer to the question of who is the villain of the Karate Kid Franchise, and its successor: Cobra Kai: John Kreese and the philosophy of HIS Cobra Kai Dojo.

“Strike First, Strike Hard, No Mercy” This is the way of the Snake, this is the mantra for Cobra Kai, and this is philosphy embodied in the character of John Kreese. Kreese is the True Villain of The Karate Kid, and by extension, the villain of Cobra Kai. One part of John Kreese’s mantra for Cobra Kai becomes the underlying focus of the show, and it’s the very thing that defines Kreese as the villain and it’s where Johnny diverges in his own philosophy in his acknowledgement in the toxicity in this part of it: “No Mercy.” Strike First and Strike hard are not inherently bad things to live by in life. These things equate effectively to going after what you want with entusiasm and vigor. However, No Mercy is a whole other thing entirely, and Johnny gets to experience that in the finale of the first season when Johnny’s star pupil, Miguel, shows that mantra against his opponent, Johnny’s own son Robbie. This leads to Johnny trying to reform the dojo, but sure enough as Johnny decides to commit to this change in the philosophy that punctuates and defines the mantra, who should appear but Kreese himself.

Kreese’s philosophy of No Mercy may have been the antagonizing force of the first season that reared it’s ugly head in the finale of Cobra Kai s1, but the man himself comes to center stage again in season 2, acting as a far more direct villain of the show. It was almost as if he could sense that his Cobra Kai was being threatened, because he shows up right when Johnny has started to come to the realization the danger that “No Mercy” brings to his students to try and manipulate Johnny once again. Kreese spends the entirety of the second season going behind Johnny’s back and manipulating Johnny’s students in going against the new teachings Johnny has put in place at his Cobra Kai to temper “No Mercy”. So while Johnny may be saying things like this to his students:

I wasn’t taught the difference between Mercy and Honor, and I paid the price for it. If I’m extra hard on you, it’s only because you have the potential to be better than I ever was.

Kreese, will plant his poison into these students’ ears and encourage them to do things like destroy the recently refurbished Myagi-do Dojo, and steal Mr Myagi’s Medal of Honor behind Johnny’s back. The moment Johnny catches wind of this, he realizes trusting Kreese was a mistake and kicks him to the curb, but by that point, Kreese had infected the minds of Johnny’s students and they betrayed Johnny without hesitation by the season finale of season 2, and Kreese evicts Johnny from the dojo that Johnny built as Kreese prepares HIS new pupils for the “war” he wants to wage against the philosophy and teachings that have beaten him time and again since the first film: Mr Myagi’s Myagi Do.

Cobra Kai‘s 3rd Season debuts on Netflix on January 8th 2021, and I for one cannot wait to see what this show has in store for us. Season 2 brilliantly built on what was so absolutely fantastic in the first season, and so I have high expectations on where the show will go in this third one!

25-Years-Later, GoldenEye Is Still The Pinnacle Of 007
Zack Snyder – Once Accused Of Being DC’s Biggest Divider Has Become It’s Greatest Unifier