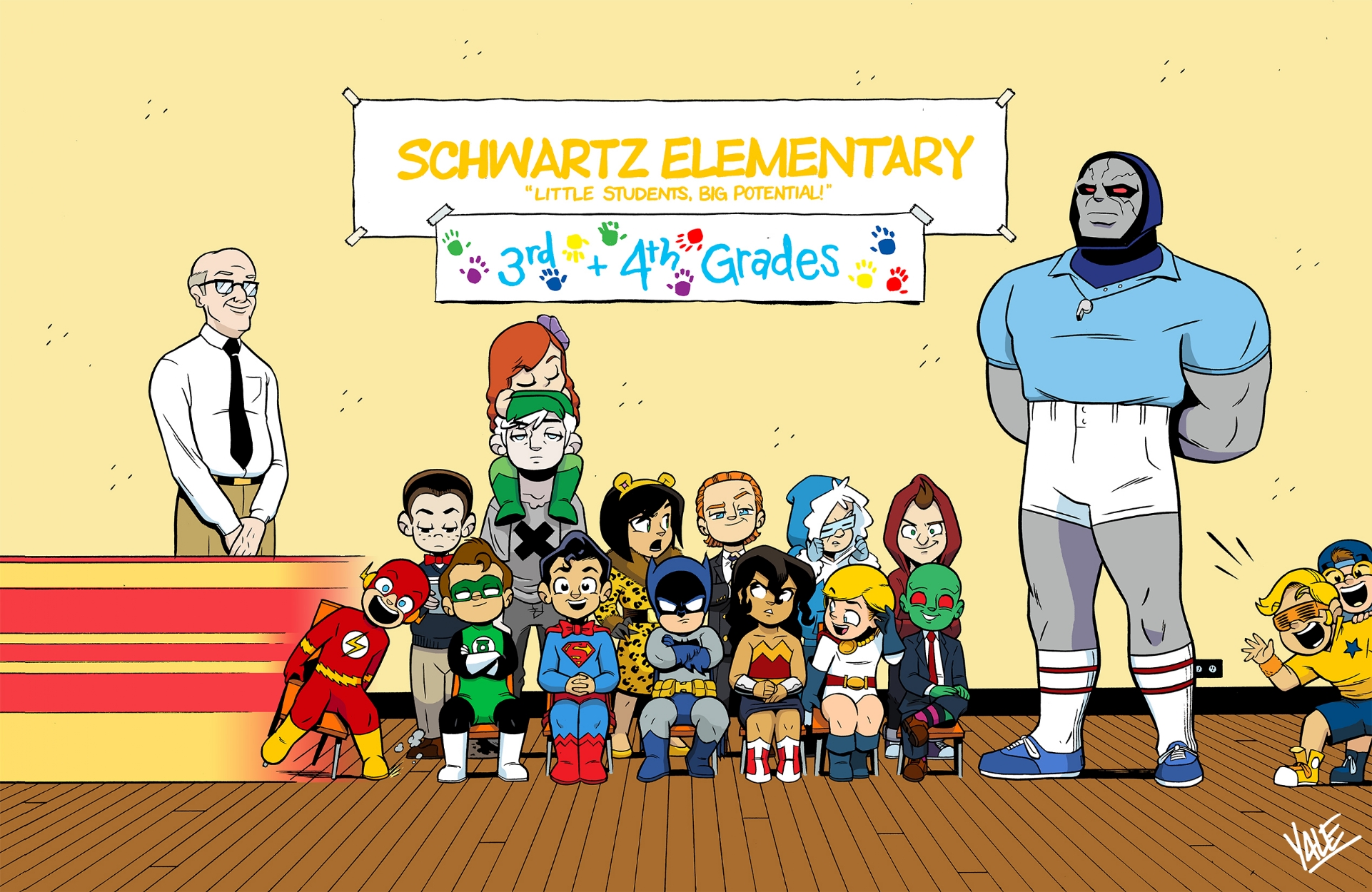 Superhero Comics were once a way for people, of all ages, to escape into a colorful world filled with heroes, magic and wonder. The first comic books, after all, were called Funny Books. However, as time passed, the target market of comics shifted, and we got stories that matured along with those readers, and in a lot of ways, the market that made comics appreciated by all, was abandoned. Now, this shift has resulted in some of the greatest, most iconic stories of our generation, however, they have also opened the floodgate for writers and artists who have callously attempted to remove that fantastical and fun element of books in favor of paper thin deconstructions of characters, or making once beloved heroes and paragons of Justice cold hearted and cold blooded murderers that stand in direct contrast to what they were supposed to be. With this levity, fantasy and fun almost completely snuffed out of the mainline, it’s no wonder that publishers like DC have been experiencing “Blood Baths” and are even looking to close down their publishing division here in the next year or so. However, while many of these titles at DC have abandoned this fun, there is one series that has embraced that fun and wonder, and has these characters presented in a way that’s so pure and light, that every strip is an almost guarantee to leave you with a smile, and the craziest part is not only have you likely never read it, but for it’s also not a licensed DC book and has not been published by the company. I am speaking of none other than Yale Stewart’s Tumblr Webcomic: JL8.

The premise of JL8 is simple, it’s the Justice League that we know and love…. but as 8 year olds in elementary school. In this story, Yale has truly crafted a love letter to the era of comics that defined these classic characters and made them the household names they are today, but also in a way that is truly unique and stands on its own. Superman is a beacon of inspiration, but instead of inspiring the world, we see his defining compassion and ideals shape the friends and heroes around him. Batman has a lot of issues with anger and depression, but rather than taking out those agressions directly on criminals, we see him use those things to keep the entirety of his class at arms length (with One notable exception in his Super Best Friend Clark, another refreshing aspect of the series that paints these two as BEST friends instead of enemies). Diana struggles with her identity between the duty of Royalty and the desire to be a warrior, Barry and Hal are constantly up to shenanigans together, and they even have ways to bring in classic rogues gallery characters as schoolyard bullies. It tackles all of these things and more with emotional depth that doesn’t for one second abandon “fun” and as a result, you get the best DC comic that has come out in recent years, with a spirited adaptation of these characters that stands up beside things like the much lauded “Timmverse.”

In a world where overly dark versions of these characters have taken over the media through things like Snyder’s DCEU, and the comics of DC seem determined to use these characters disingenuously in events like the upcoming Future state, JL8 has cemented itself in my book as THE BEST ongoing DC comic, and it’s honestly a shame that this fantastic book has been overlooked. Sadly this book can not go to print as Yale doesn’t have the license to print it by DC, but the comic can be followed either through its tumblr page, or a special, fanmade archive on limbero. Additionally, Yale Stewart has both a website to purchase his original art and prints, AND has a patreon to support the creation of his own original series. Anyways, if you’re looking for classic style DC stories where the heroes are heroes, and not afraid to be fun and even at times corny, look no further because JL8 is here.