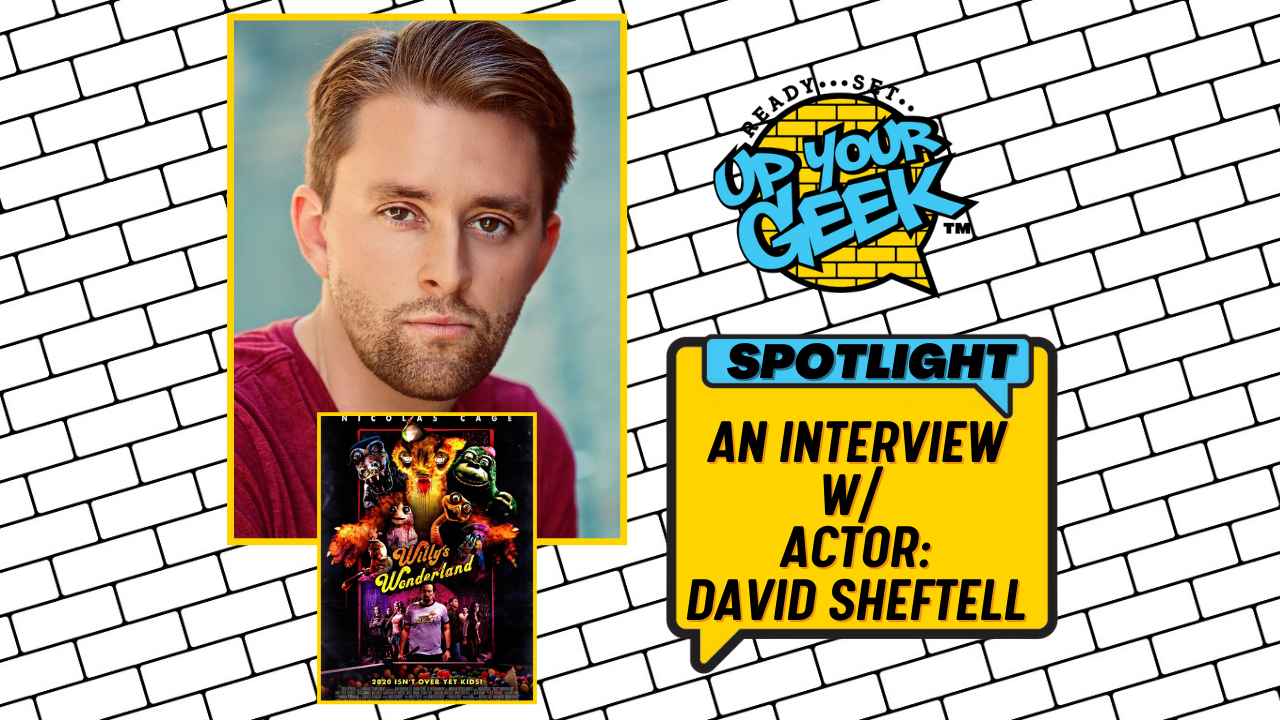 We interviewed Actor David Sheftell who stars as Deputy Evan Olsen in ‘Willy’s Wonderland’ starring Nicholas Cage. In our interview, David discusses his time on the set of Willy’s Wonderland and what it was like working with Nic Cage; his first big acting gig; a chance encounter doing impressions that landed him a job with Seth McFarlane; and his favorite things to geek out too. We also learn a lot about David as he answers our rapid fire questions.

Besides “Willy’s Wonderland”, David has a second film “Show Me What Your Got” released on the same day. David has also been on television in “The Young and the Restless” and “Days of Our Lives“, mini-series including “Stephen King’s Bag of Bones” with Pierce Brosnan, and numerous voiceover projects like “Family Guy,” “American Dad” and “The Cleveland Show.” He can also currently be heard on the Facebook Watch series “Rival Peak” & “Rival Speak” with Wil Wheaton.

In Willy’s Wonderland, a quiet loner (Nic Cage) finds himself stranded in a remote town when his car breaks down. Unable to pay for the repairs he needs, he agrees to spend the night cleaning Willy’s Wonderland, an abandoned family fun center. But this wonderland has a dark secret that the “The Janitor” is about to discover. He soon finds himself trapped inside Willy’s and locked in an epic battle with the possessed animatronic mascots that roam the halls. To survive, he must fight his way through each of them.

Willy’s Wonderland and “Show Me What Your Got” is out in theaters and video on demand!

Check out the interview below: