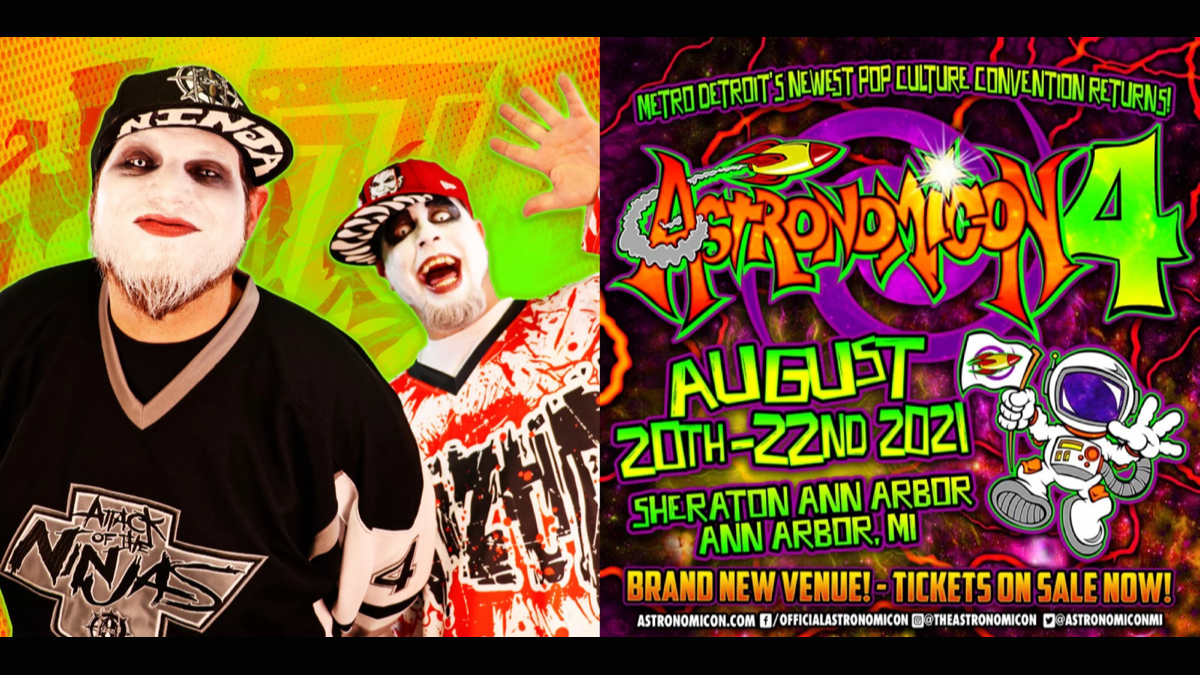 The convention scene has looked entirely different over the last year, with many going virtual for the first time ever, while others were cancelled altogether. While the pandemic has been a thorn in the side of public interactions, especially with conventions across the world, hope was not lost.

With restrictions being lifted in various states and a people more and more people get vaccinated, it looks like the convention scene is poised to open back again to the public. While this years San Diego Comic Con has decided it will run completely virtual again, there are plenty of cons opening up for fans to experience in person. One such convention is Astronomicon —the pop culture-based convention founded by the horrorcore rap duo Twiztid.

Back on April 10, 2021, Twiztid held a virtual convention VirtuCon on their Astronomicon Facebook page, as a supplement to the previously canceled Astronomicon from its original dates in February 2021. Today, The Demented Duo announced more massive, special guests appearing at the rescheduled Astronomicon 4.

Focusing on comics, toys, horror, wrestling and film, this year’s Astronomicon 4 will be taking place at the Sheraton Ann Arbor Hotel over the weekend of August 20th – 22nd. Tickets and hotel packages are available now from Astronomicon.com. Speaking on their fourth annual Astronomicon event, Twiztid share:

“It warms the soul to know we are able bring the best pop culture event of the year back to Michigan.”

“Another out of this world experience is coming! Time to celebrate once again for number 4!”

Aside from special guest appearances, ticket holders of all ages will be treated to an array of awesome on-site activities, panels and exclusive releases including :

*Free to participate for ticketholders
In other convention news, it was also announced last week that Twiztid will be performing at the Too Many Games Expo in Greater Philadelphia on Friday, October 8th, 2021. For information and tickets go to toomanygames.com