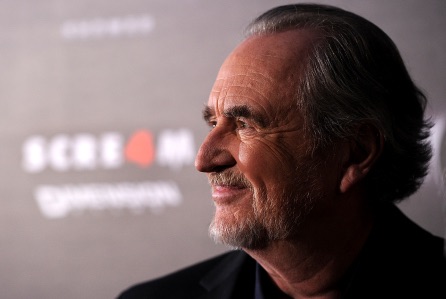 He directed ‘Scream’ and the ‘Nightmare on Elm Street’ films.

Wes Craven, the famed writer-director of horror films known for the Nightmare on Elm Street and Scream movies, died Sunday after a battle with brain cancer. He was 76.

Craven was a longtime summer resident of Martha’s Vineyard, where he moved permanently three years ago before returning to Los Angeles for work and health reasons.

Craven claimed to have gotten the idea for Elm Street when living next to a cemetery on a street of that name when growing up in the suburbs of Cleveland. His five Nightmare on Elm Street films were released from 1984-89.
Similarly, Craven’s Scream series was a box-office sensation. In those scare-’em-ups, he spoofed the teen horror genre. The movies frequently referenced other horror movies.

Craven’s first feature film was The Last House of the Left, which he wrote, directed and edited in 1972.

Here invented the youth horror genre again in 1984 with the classic A Nightmare on Elm Street, which he wrote and directed.

He conceived and co-wrote Elm Street III as well, and then after not being involved with the three more sequels, deconstructed the genre a decade after the original, writing and directing Wes Craven’s New Nightmare, which was nominated as best feature at the 1995 Spirit Awards. His own Nightmare players, Robert Englund, Heather Langenkamp and John Saxon, played themselves in the film.

In 1996 Craven reached a new level of success with the release of Scream. The film, which sparked the phenomenal trilogy, grossed more than $100 million domestically, as did Scream 2 (1997).

Between Scream 2 and Scream 3, Craven, offered the opportunity to direct a non-genre film for Miramax, helmed Music of the Heart (1999), a film that earned Meryl Streep an Academy Award nomination for best actress in the inspirational drama about a teacher in Spanish Harlem.

[“We had a very difficult time getting an audience into a theater on my name,” he once said about that film. “In fact, we moved toward downplaying my name a lot on Music of the Heart. The more famous you are for making kinds of outrageous scary films, the crossover audience will say, ‘I don’t think so.’”]

Also in 1999, in the midst of directing, he completed his first novel, The Fountain Society, published by Simon & Shuster.

Craven again pushed his genre boundaries with the 2005 psychological thriller, Red Eye, starring Rachel McAdams, Cillian Murphy and Brian Cox. And in 2006 he wrote and directed a romantic comedy homage to Oscar Wilde featuring Emily Mortimer and Rufus Sewell as a segment in the French ensemble production, Paris Je T’aime.

Craven then produced remakes of The Hills Have Eyes (2006) and The Last House on the Left (2009). Craven’s most recent written and directed film, My Soul to Take (2010), marked his first collaboration with Labunka, who also produced Scream 4.

Craven had recently signed an overall television deal with Universal Cable Productions and had a number of TV projects in development including The People Under the Stairs with Syfy Networks, Disciples with UCP, We Are All Completely Fine with Syfy / UCP, and Sleepers with Federation Entertainment.

He also was executive producing the new Scream series for MTV.

Craven had recently written and was to direct the Thou Shalt Not Kill segment for The Weinstein Co.’s Ten Commandments miniseries for WGN America.

He is listed as an executive producer of The Girl in the Photographs, which will premiere at the Toronto Film Festival next month.

Wesley Earl Craven was born Aug. 2, 1939 in Cleveland. His father died when he was 5. Raised in a strict Baptist household, he graduated from Wheaton College with degrees in English and psychology, then earned a masters degree in philosophy and writing from Johns Hopkins.

He briefly taught English at Westminster College and was a humanities professor at Clarkson College, where he was a disc jockey for the campus radio station.

Craven had an eye for discovering fresh talent. While casting A Nightmare on Elm Street, he discovered Johnny Depp. He cast Sharon Stone in her first starring role, for his film Deadly Blessing (1981), and he gave Bruce Willis his first featured role in an episode of the 1980s version of The Twilight Zone.

Craven was a nature lover and committed bird conservationist, serving as a longtime member of the Audubon California Board of Directors. He penned a monthly column, “Wes Craven’s The Birds,” for Martha’s Vineyard Magazine.

[“I come from a blue-collar family, and I’m just glad for the work,” Craven said in an interview with writer-director Mick Garris in October. “I think it is an extraordinary opportunity and gift to be able to make films in general, and to have done it for almost 40 years now is remarkable.

“If I have to do the rest of the films in the [horror] genre, no problem. If I’m going to be a caged bird, I’ll sing the best song I can.

“I can see that I give my audience something. I can see it in their eyes, and they say thank you a lot. You realize you are doing something that means something to people. So shut up and get back to work.”]

Peace In Paradise Mr. Craven, Your Legend Will Live Forever.

RUMOR: Star Wars: KOTOR To Possibly Get PS4 and XBOX One Remastering
GeeorjMusic: A Solo Plymouthian With Amazing Talent