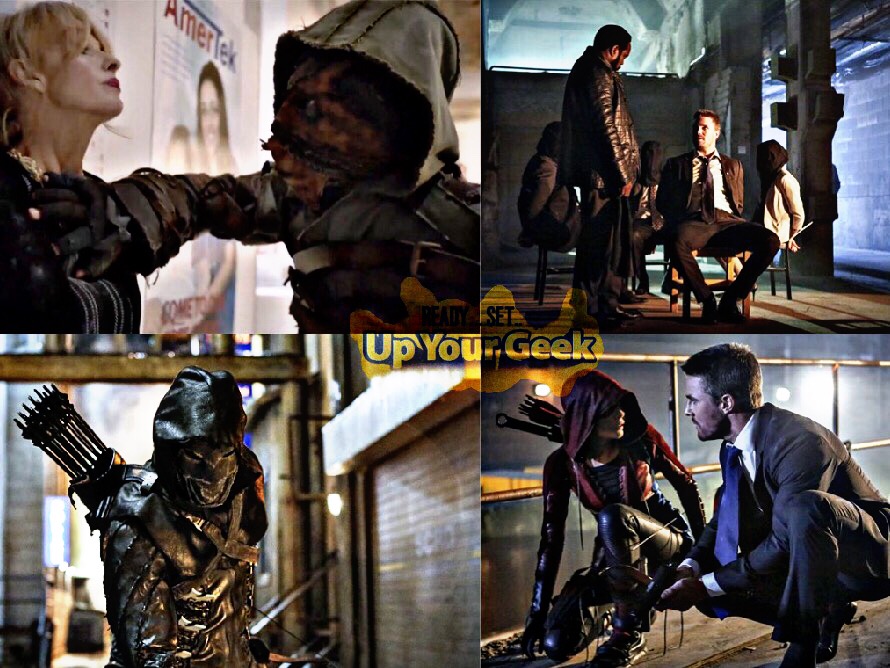 Through two episodes of “Arrow” season 5, one thing remains abundantly clear: This season is doing so much good stuff that seasons 3 and 4 should be insanely jealous of it. There is action, there is drama, and there are genuinely funny moments dispersed throughout. The Oliver and Felicity relationship is reminiscent of when our Olicity love was at its peak in season 2, while the villain at the center of this story of mysterious for all the right reasons.

Ultimately, it feels like season 5 to date is proof that sometimes, going back to the drawing board after a polarizing season is not altogether terrible.

To us, the coolest introduction of this episode was that of Ragman, a very mysterious character dressed in rags and looking to avenge the death of his far. He’s got some sort of special ability that makes him stand out from the typical vigilantes of Star City, and while looking at first like an adversary of Oliver Queen’s, he now understands his motive: Vengeance for those responsible for Havenrock, as he is the last survivor of it. This meant trying to do away with the healthcare company who was in part behind some of the technology. The great twist in here is that it is Felicity who redirected the missile there in the first place, and all of a sudden, she’s got her own powerful bit of storytelling she will need to contend with over time.

Working with Ragman also helped Oliver establish some trust with some of the other potential new recruits, which to date has not come easily. That includes Wild Dog, Evelyn Sharp, and even Curtis Holt. He used some of his super-intense training techniques from the Bratva on them, and that did not translate so well as just revealing to him that he is in fact the Mayor. This is all it took in order for them to realize that he in fact can be trusted with their lives.

Unfortunately, the larger problem for Oliver now is that Tobias Church is still running Star City behind the scenes, and he only seems to be continuing to get a wide array of resources and people on his side. There’s just one more problem that is there: The presence of Prometheus, our resident super-evil dude and a guy who seems to have zero problem whatsoever tormenting people in his way.

The difference between him and your standard everyday villain, though, is that he has a particular agenda, and it is one revolving killing Oliver himself. He’s not cool with anyone else doing it.

Elsewhere in the episode, we gotta give kudos to the writers for keeping things relative simple. Diggle was working through his issues in the military, only to realize that he may have even less of a family with his brothers there than he does in Star City with Oliver. Meanwhile, Thea brought on Quentin Lance to be Deputy Mayor, knowing that it could give him a mission, keep him sober, and allow him to be of use to the city given his love for it and respect among the police.

Overall, this episode was all sorts of compelling, entertaining, and a reminder of the show we loved. So far through two episodes, the “Arrow” of old is not only back, it’s glorious.
Arrow airs Wednesdays at 8 p.m. on The CW.