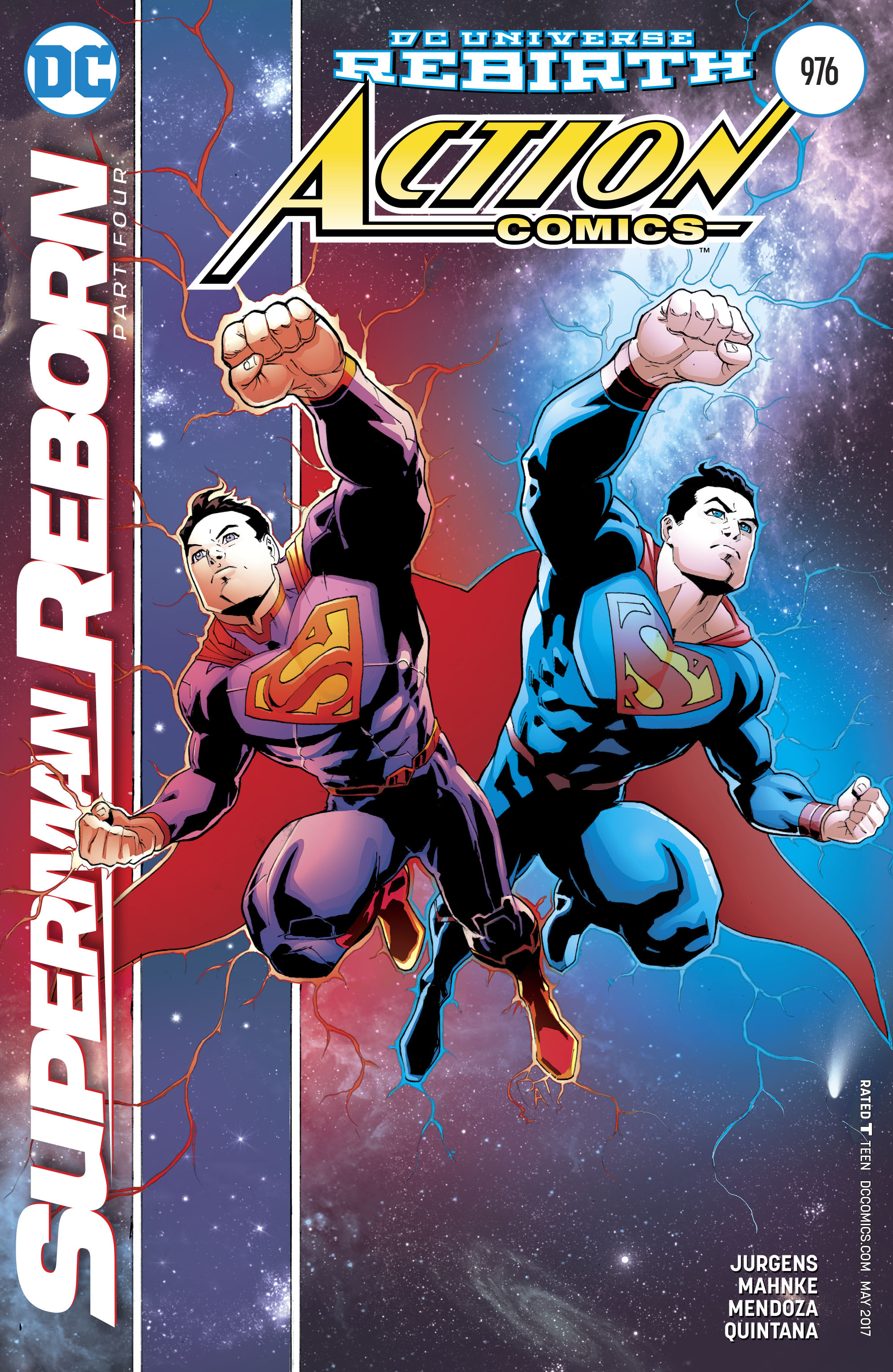 When the New 52 Superman died at the end of the New 52, it was thought by some to be a cop out, to leach off the success of the Death of Superman. But when fans realize that he was to be replaced by the Post-Crisis Superman, the feeling of hope and optimism filled hearts of those who had not liked the darker take on the character over the last 5 years.

With the recent crossover, Superman Reborn, fans got to see some of the mysteries of DC Rebirth answered: Who is the doppleganger Clark Kent?? What is the anomaly between the classic Superman and the New52 Superman? Numerous times, we were given hints that the old Superman was a unique anomaly within the DCU. Given the fact that he’s from a universe that was erased by the Flashpoint, it’s obvious that’s he doesn’t belong in the current universe, as there was already a Superman.

So who was this fake Clark Kent? Well, as it turns out, Clark Kent was actually Mr Mxyplyzyk! Having been captured by Mr Oz, he had believed that Superman would save him. When he realizes that Superman isn’t coming for him, Mxyplyzyk escapes and tricks himself with magic to believe that he is the actual Clark Kent.

Mxyplyzyk, having the ability to transcend the 5th dimension, remembers every iteration of Superman, and having seen Superman with a wife and son, triggered him memory and thus he remembers his anger at Superman not saving him. Kidnapping Jon and erasing Lois’s memory of Jon, Superman had no choice but to play Mxyplyzyk’s game. This meant he had to ascend a tower of impossible obstacles, all the while losing his memory of Jon.

Jon, trapped somewhere in Mxyplyzyk’s dimension, heard the voices of his parents in the form of two red orbs. These orbs, are the essence of the New 52 Superman and Lois Lane. Asbsorbing their essence, Jon is able to bring back them back and replace his parents. Having no knowledge of Jon, Superman and Lois risk Jon being erased along with the dimension as Mxyplyzyk escapes. But just then, two blue orbs emerge and convince Superman and Lois and Jon is their son and the orbs combine with Superman and Lois to reunite the family.

Now the ramifications of this is that the history and continuity of the New 52 Superman is gone, and is now combine with the Pre 52 Supermans memories and experiences. The world now has the memory of Superman being killed by Doomsday, getting married to Lois, and now having a family of his own. This resets all of the Superman stories that fans didn’t like about the New 52, while preserving it at the time. However, this increases Mr Oz’s curiosity, as he didn’t believe that Superman was strong enough to rewrite history…as did Dr Manhattan, who he eludes to as the story ends on a panel of Mars.

The artwork and writing is done beautifully as Peter Tomasi/Patrick Gleason and Dan Jurgens/Mick Cray create a new classic in the Superman lore. Each page oozes with classic yet new Superman moments, including the moment Mxyplyzyk is toying with Superman and having him guess who he really is.

This crossover has the twists and turns; was overall an amazing read for old and new Superman fans alike. Rating: 9.5/10

XO Manowar #1 review. The fight is never over.
NBC Cancels DC comedy ‘Powerless’ After One Season