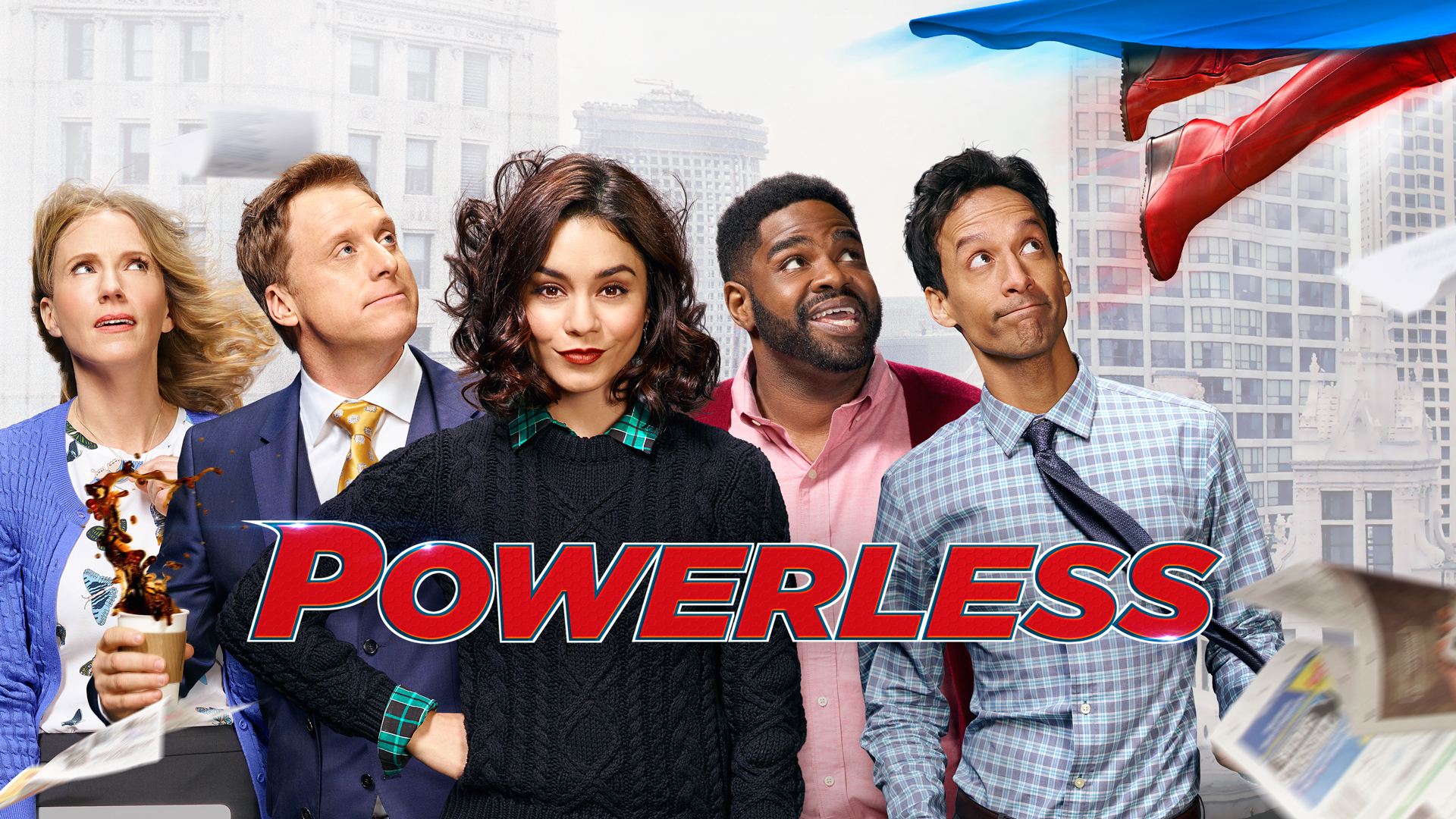 Their faces say it all!

This shouldn’t come as much of a surprise given the fact that NBC pulled the show from its schedule, but POWERLESS has been officially cancelled.

The series, starring Vanessa Hudgens, Alan Tudyk, Danny Pudi and Ron Funches was the first real comedy series based on the DC comics. The show focused on how ordinary people were affected by the DC superheroes.

What are your thoughts Freaks & Geeks? Were you a fan of this show? Or are you happy to see it go? Let us know in the comments!