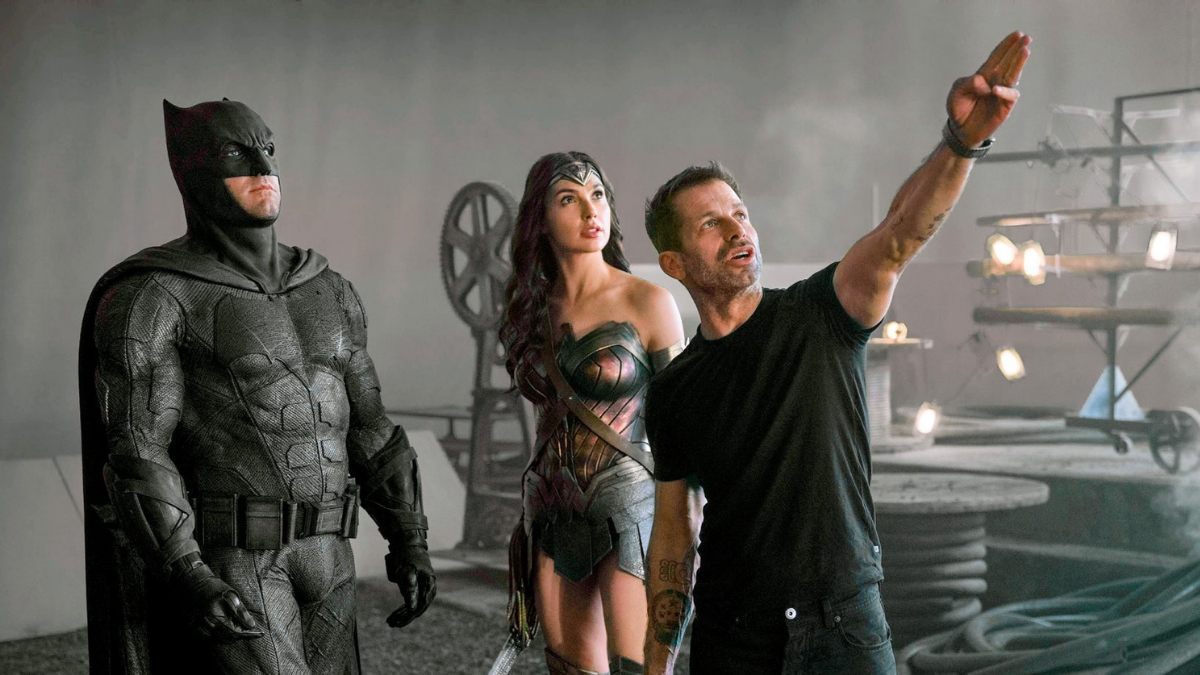 Zack Snyder’s Justice League has finally arrived and it was everything fans had hoped for and more. Zack Snyder created an epic origin story for the League, one that connects back to the the story he began in Man Of Steel and Batman V Superman: Dawn Of Justice. Snyder has gone on record saying he very much doubts that there will be a sequel to his Justice League film, with Warner Bros considering it non-canon to their other DCEU films, and Warner media CEO Ann Sarnoff stating in her recent interview with Variety that Justice League is the final part of Zack Snyder’s DC saga. Nonetheless, fans all over the world are clamoring for more of Snyder’s iteration of the League —taking to social medial to start the #RestoretheSnyderverse campaign, similarly to how the fans got Warner Bros to release the Snyder cut in the first place. Fans were already anxious to see more of what Snyder had in store when storyboards from early in the Justice League production revealed what a sequel could’ve potentially looked like. The ideas in the storyboards are a bit outdated and aren’t canon to what eventually became Zack Snyder’s Justice League according to the director himself, but they do give a general idea for the direction Snyder was heading in. below I’m going to list the things from Snyder’s Storyboards I wouldn’t mind seeing in a potential sequel. New ideas I hope Snyder brings to his universe, as well some of the less popular ideas I hope never see the light of day.

(I figured let’s save the good stuff for last)

Teased in storyboards for early drafts of Justice League and by Snyder himself, the director and Geoff Johns had originally planned to have Bruce Wayne and Lois Lane develop a relationship that would have resulted in Lois becoming pregnant with Bruce’s child. In the sequel to Justice League, Lois would’ve been killed by Darkseid after having a disagreement with Batman — leading him to not be there to protect her in time. Lois’s death would cause Superman to succumb to Darkseids Anti-Life Equation and he would help the ruler of Apokalips take over Earth. I don’t mind Lois’s death being the catalyst for Superman becoming evil, but I feel like her having a relationship with Batman feels unnecessary and out of character. While I understand Snyder’s thinking about having Lois be the person to help Bruce Wayne back to the light, it feels unrealistic that Lois would begin a relationship with a man who mere minutes before meeting her attempted to kill the love of her life, Superman. I also much prefer Superman’s inspiration and the formation of the League as the reasons for Batman’s newfound optimism, as seen in the official Snyder cut. If Zack gets to do Justice League 2, I sincerely hopes he leaves this plot point on the cutting room floor.

2. The Death of Batman

Zack Snyder has stated in multiple interviews that in the conclusion of his Justice League saga he had planned to kill Batman, having the hero sacrifice himself to save Lois Lane and the rest of the world. This is another idea I would hope is scrapped if Justice League 2 comes to fruition. Ben Affleck is set to return as the Caped Crusader in the upcoming Flash film and while Warner Bros. Has insisted that Zack Snyder’s films are separate from the other DCEU films,I’m sure they wouldn’t want to confuse the general audience by having Ben Affleck’s iteration of Batman dead in one film universe and alive in another. This idea also doesn’t work because frankly, it wouldn’t be shocking. One of the complaints about Zack Snyder’s Justice League was that if you followed the Snyder cut movement closely not much in the film was a surprise to you. Id like to be completely surprised by the sequel.

3. Riddler in the Injustice League (because I’d rather have Joker)

This one is simple, in the sequel Zack Snyder planned for Lex Luthor to create a Legion of Doom like group to combat the Justice League with Riddler representing the Batman foe of the group. While Snyder had interesting plans for Riddler in his Universe, I think it would be cool to use Joker in his place, as to connect back to the Knightmare timeline scene shown at the end of Justice League.

Things I Want to see in a potential Justice League sequel

In the Snyderverse films, Superman is the central figure. The films are essentially his journey, however, aside from Man of Steel, these films have never been from Clarks point of view. Batman V Superman is more about the reaction to Superman and the effect he’s had on the world both good and bad. Justice League shows Clark was an inspiration to a new age of heroism and needed to return to save the world from darkness. In both of BVS and JL, Superman speaks little — That isn’t because Snyder has him insanely out of character, but because these film examine Superman from the outside looking in. Now that Zack has completed the arc he had envisioned for Superman I hope to see him be more of a vocal character in the future, while having the films be more from his point of view. Justice League had great dialogue among the Leaguers and I want to see Henry Cavill bounce off the rest of this cast more.

2. An explanation for Martian Manhunters absence in previous films

In the Snyder cut, it was revealed that General Swanwick (who was first introduced in Man Of Steel) was actually the Martian Manhunter. If Martian Manhunter was always Swanwick and didn’t replace him at some point I would love to see the other heroes question him about why he refused to intervene in times of crisis, chiefly Superman’s.

While Bruce Waynes relationship with Lois was cut from the Snyder cut, his budding relationship with Wonder Woman was hinted at during the film. I’d love to see Bruce and Diana go from partners, to friends, to maybe more.

4. A Watchmen style montage showcasing the history of Batman

In Zack Snyders Watchmen film, the director has a montage scene showing the heroes of the Watchmen Universe throughout the early days of the Minutemen till 1985. I’d love to see a similar scene showcasing Batman’s 20 years in Gotham prior to meeting Superman in BVS. We could see Ben Affleck in different Bat-suits representing the changes of Batman’s character through the years (I’d love to see Affleck in the Neal Adams look, or even the Golden Age uniform), as well as the changes in Gotham. We could see the infamous Rogues gallery and finally see the Snyderverse version Robin, the Boy Wonder. Zack has talked about wanting to shoot the death of Robin, but I think an entire Montage showing the early years of the Batfleck would be even better, ending with the death of Robin. The scene could be similar to what Cyborg’s origin scene was for Justice League.

5. The League goes to Themyscara

In ZSJL Queen Hippolyta sent her daughter a message about the incoming invasion from Darkseids forces. Before sending the message Hippolyta asked her daughter to return home, something I would like to see Diana do in a sequel to this film, this time bringing members of the League with her. Imagine Batman being one of the first men on Themyscara in over a century, I think the Amazons would have quite a lot to say about Man’s change in wardrobe.

What other things do you want to see in a potential sequel to Zack Snyder’s Justice League? Want to see parts of the original JL2 storyboards adapted into the new script? Let us know in the comments and as always thank you for reading Up Your Geek!