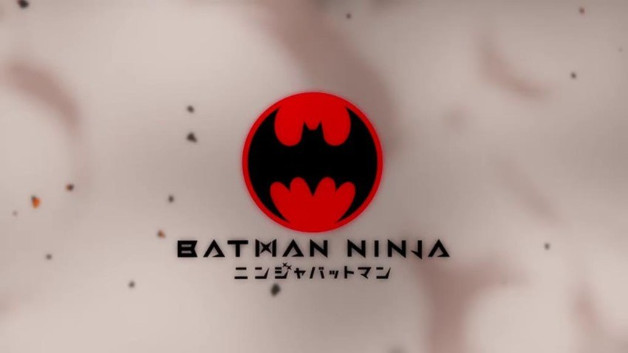 Wondercon 2018 was a massive year for geek culture, cosplay, and guests. I was extremely excited to go there and do my best to represent the amazing things we have to offer here at Up Your Geek. Wondercon had a lot to offer including the World Premiere  screening of the new animated Batman film, Batman Ninja. This new film is a rarity in the animated DC films line because it was completely done by a Japanese studio with Japanese filmmakers who have made some of the most popular anime. This film is one that has to be seen to be believed that it actually exists. It’s one of the most bizarre and simultaneously epic Batman films I have seen and that has everything to do with it not being made from American creators. It’s a wild ride that absolutely deserves to be looked at in full because it is an absolute must see for those that want something different for DC’s animated films. This will be a SPOILER-FREE Review.

The plot revolves around Gorilla Grodd unleashing a time travel mechanism during a fight with Batman in Gotham City. This accident causes every character to be transported back in time to Ancient Japan where The Joker has taken hold of Grodd’s machine and has created a ruling clan. The rest of the villains including Deathstroke, Two-Face, Poison Ivy, and Penguin have also created their own ruling clans. Batman must find his companions including Red Hood, Robin, Nightwing, Red Robin, and Catwoman to stop the Joker and return everyone back to their own time, while dealing with surprises at every turn.

This is as much as I could explain before it went into spoiler territory, but from here on out this basic plot description really doesn’t capture the beautifully crazy scenes that happen. It’s just a set up to get Batman in a Universe where any trope of Anime exists. It’s nothing extremely special, but it works well enough to keep the audience engaged and to create a reasonable scenario for why Batman is in Ancient Japan. The film is a giant blend of anime tropes and insanity, which in this case is an extremely positive thing. The plot itself works well enough to allow for the style to take hold and it all comes together nicely for one of the most fun and unique animated films I’ve seen DC attempt.

With this film being that of an anime it brought on a talented team with a standout being Afro Samurai creator, Takashi Okazakai, who worked on the character designs for these interpretations. All of the designs are completely original bringing the Batman characters to a Feudal Japan aesthetic. In addition to Okazakai, Afro Samurai‘s writers  Leo Chu and Eric Garcia gives the narrative depth enough to stand out and work towards the visual aesthetic put in place. These talented Japanese filmmakers and American writers bring life to the world of Batman and mesh the anime stylings with traditional DC character designs and over-layed with a heavily Anime inspired visual scheme that works beautifully.

The talent behind the scenes support the voice talent that you hear. The cast has a wide range of returning DC voice actors including Tara Strong as Harley Quinn, Roger Craig smith as Batman, and Grey Delisle as Catwoman. The biggest newcomer is that of Emmy Award Winning, Tony Hale providing an incredibly maniacal portrayal of The Joker. While at first it was different to hear a different Joker voice, his portrayal was spot on providing the right level of comedy and insanity needed for the character. His voice was a perfect match for the zany levels this fun ride reaches. The entire cast is great as well and the voice acting in general suits the film perfectly.

When talking about an animated project it is important to talk about the most important thing and that is the animation itself. The character designs, background paintings, and action scenes look phenomenal. They blur the line between CG animation and a very hand drawn aesthetic. One of the most impressive elements was the backgrounds themselves. They often gave off the appearance of a painting where it looks somewhat flat. This could be a negative, but it works because it’s working to emulate the classic artistic depictions of feudal Japan. They are absolutely gorgeous and one of the best things about the animation.

The film isn’t perfect though and while it looks great most of the time, the CG animation becomes extremely apparent when they have scenes that solely consist of the characters talking. The CG animation often makes characters appear robotic and stiff, which at times could be very distracting. It also does not help that the version of the film we saw was dubbed over with english making the lip matching dialogue feel off. It’s a disappointing aspect, but it does not ruin why this film works so well.

One of the most impressive sequences in the entire film was that of a segment where the animation was completely changed. Without spoiling the story, the scene is animated in a very exaggerated painting sort of style. Where emotions and movements don’t look natural and in its abstract nature it’s quite a gorgeous scene. It does come a bit out of nowhere, but it’s worth a mention because of how much it makes an impact.

Batman Ninja is one of the most daring films that DC animated has attempted. It takes a lot of risks that I don’t think many people expected and that is a great thing. It’s certainly one of the best films that they have done so far and it is extremely exciting. It is a perfect example to them for how to make and produce animated films from here on out. I hope to see more things like this including the inclusion of allowing for filmmakers to be given the freedom to create something fresh and exciting. While it may not be perfect it still is able to make for a fun and highly enjoyable ride, which I highly recommend that you watch it.

Batman Ninja will be released on digital April 24th and on Blu-Ray on May 8th.

Wondercon 2018: What To Expect & How To Prepare
Ready Gamergasm One: Ready Player One Review (No Spoilers)