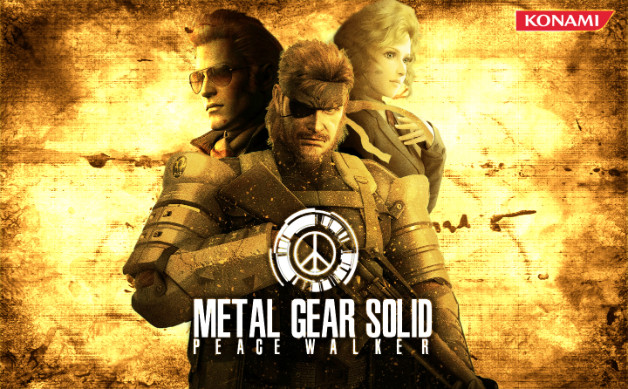 The Metal Gear Franchise has been around for nearly as long as video games have existed. It has left its mark on gaming as a whole and I’ve been covering the Metal Gear Solid series this year in a series of reviews. I’ve discussed and brought up that this series is known for its sometimes convoluted, but also masterful storytelling and character development. The games often make their narratives grand and are in essence the most important part of what makes them so unique. No other game series is quite like this and they have consistently made an effort to surprise fans. Last month I reviewed Metal Gear Solid 4: Guns of the Patriots, which is the ultimate culmination of Solid Snake’s story. It tied up many loose ends and it was a satisfying conclusion to Snake’s story. Not many knew if the series would last beyond that game. What fans of the series were unaware of was that the second Metal Gear game developed for the PSP would in fact be directed by series’ mastermind, Hideo Kojima. Metal Gear Solid: Peace Walker is the game that in essence is surprising. It simultaneously feels very much like a Metal Gear game while also changing things up seeing that it was crafted for the portable platform. It’s certainly unique even in it’s own franchise and is absolutely worth an analysis. The main portion of this review will be spoiler-free, but it’s impossible to talk about this game without going into depth so there will be a designated Spoiler section. The version of the game that I played is the HD version that is included in the HD collection alongside Metal Gear Solid 2: Sons of Liberty HD and Metal Gear Solid 3: Snake Eater HD. Here’s my review of Metal Gear Solid: Peace Walker HD.

This game is different than the rest of the entries in the series. The story is there just as much, but instead of long twenty minute or longer cutscenes the game utilizes the use of Tapes to fill in narrative gaps. The story is ever present, but gameplay takes a bigger role. With that being said here’s a short and spoiler-free analysis of the game’s plot.

The year is 1974 and it has been 10 years since the events in Metal Gear Solid 3:Snake Eater. Snake, but more commonly referred to as Big Boss, is no longer a part of the American government having set up his own private mercenary group known as the Militaires Sans Frontières alongside Kaz Miller. They have a small, but loyal operation slowly gaining members until Snake and Miller are approached by a professor for the University of Peace and his student, Paz. They inform Snake and Miller of a potential CIA operation within Costa Rica occupying the lands. Snake quickly figures out that this professor is a KGB spy and when revealed he acknowledges this fact with his real name being Vladimir Zordonov. He convinces Sanke in gaining his aid by showing evidence he found within this section of Costa Rica which reveals a tape recorder overhearing two voices. One of them being a mysterious woman, but the other one is immediately recognizable to Snake. That is the voice of The Boss. The adventure takes off from here to discover if The Boss is still alive and what is actually happening in Costa Rica.

With this series the story is never a background element. It is the main element. The gameplay is a tool to tell the narrative and in these games it works effortlessly. This isn’t different for Peace Walker, but the way in which it is handled is definitely a unique difference. The story while not as cinematically engaging or important as other entries in the series it still remains great. It continues forward the narrative of Big Boss and there isn’t much that can be said in terms of surprises seeing as we know the outcome. Regardless it still is a blast to be dropped off in his shoes yet again. Even having a character like The Boss work her way into the story is something that is fresh, engaging, and moving. The story comparatively to the other games isn’t as fully fleshed out and it makes sense considering it’s limitations being created for a handheld console. The cutscenes don’t utilize full animation, but a sort of motion comic approach that is certainly limiting, but also artistically striking. It is not the best story is the series, but it is another great adventure with a cast of exciting new and returning characters with a great voice cast. If you are a fan then this story is not only crucial, but highly enjoyable.

With any game in this series it’s a good thing to remember that the story is front and center. It’s the majority of the reason for playing these games, but the gameplay has always done a great job at supporting the story. With this game in how it’s structured it takes a lot of departures and in a way it deviates from what’s expected. In this sense it definitely is an adjustment going from the previous game to this one.

The controls are similar to that of the other Metal Gear Solid games with the difference being the ability to crouch walk, which was introduced in the previous game. It feels very unlike Metal Gear Solid 4: Guns of the Patriots in that since it is set during the 1970s all of the items and weapons aren’t nearly as technologically advanced and in a way it reminds me more of how Metal Gear Solid 3: Snake Eater played, which in my opinion is a great thing. It’s obvious to tell that the game was initially made for the PSP not only in the way that things are set up, but also in how the controls don’t feel quite as polished as some of the other games. This isn’t a big gripe though in that if you’ve played the Metal Gear series before it is easy to jump back into this game and master the controls. The most startling changes come in the form of how the game is structured and it’s unlike any other previous entry.

The biggest departure in structure that this game takes is that it utilizes the Mother Base system meaning that it’s narrative missions are separated through a menu system. Mother Base is the headquarters of the MSF and throughout the game you are tasked with recovering recruits and building up the base by doing side missions. You can choose where to place these recruits and their stats can have an impact on certain areas of skills. An example of this would be the R&D skill which you want to have high so that you can use the in game currency to build weapon and item upgrades. It’s a very in depth system that rewards you for playing a lot of side missions and a lot of the time it doesn’t discriminate which missions you go on. You can often play the same mission multiple times and it’s important to try to go for S ranking on missions because that not only gives you more points, but also allows for weapons and items to be created faster.

The game also tasks you with beating the bosses multiple times to collect parts for your very own Metal Gear called Zeke, which plays a part in the 5th and final chapter of the game. The gameplay is solid and the missions can be a lot of fun, which is a big benefit to this game’s replay value.

The series is known for its grand scale storytelling and it’s characters so it is impossible to discuss any game in the series without going into deeper detail on the intricacies of the plot. It is recommended to have played the other games in the series before this game. It’s not the most reveal heavy entry in the series, but its ties are strong. This section will have Spoilers not only for this game, but for the entire series so I recommend reading this when you have tackled those other games first.

The story really sets off when Snake hears the voice of The Boss. The Boss may be the single most important character in the franchise. She was the inspiration of the Patriots. She had an impact on almost every character because of her dedication. She is considered a true patriot in the series and that is why she is one of my favorite characters. Her potential return haunts Snake because of what he had to do to complete the mission. Killing her was the most difficult thing he had to do and it eats at him. The Game brilliantly highlights this relationship. When it’s revealed that her voice was an AI made for Peace Walker it is even more heartbreaking that she is and isn’t there. It’s a reminder for Snake of his past actions and it’s a catalyst that leads him to creating Outer Heaven sets the future of the series in motion.

One of the best things about the game is meeting certain characters early on including that of a new character, Huey Emmerich. Huey helped design Peace Walker meant to be a deterrent for nuclear war, but when the CIA agent Coldman plans to use the Nuke, Huey turns sides and joins Snake. Huey is the father of Hal Emmerich also better known as Otacon. His presence is welcome in that he is even voiced by Christopher Randolph the same voice actor as Otacon. In addition to Huey we get tapes from Eva which is nice to hear her return to the series. In a similar fashion to the returning characters we get further recurring elements. The Patriots is known as the Cipher as revealed by Paz in the final chapter of the game where she betrays you. It’s a pivotal moment that clearly sets up and acknowledges the Patriots’ existence as a future threat.

The Game’s narrative is much more singular than that of most of the entries in the series, but having Hideo Kojima’s touch shows and it’s much appreciated given the care that’s put into each of the characters. Kojima’s unique voice as a storyteller is certainly felt throughout this game and it’s worth exploring to learn more about the world and the characters.

Hideo Kojima was able to make a handheld based game into a fully fledged adventure that does not put down the things you are able to do and it doesn’t hold back on the story. The game is not my favorite entry in the series, but it’s extremely impressive given the console it was released on and the limitations it had to overcome on said console. It’s HD remaster is gorgeous bringing new life to the already beautiful looking comic style cutscenes. It’s certainly an entry worth playing if you are a fan of this series. It’s made for fans and it’s very rewarding. I highly recommend it.