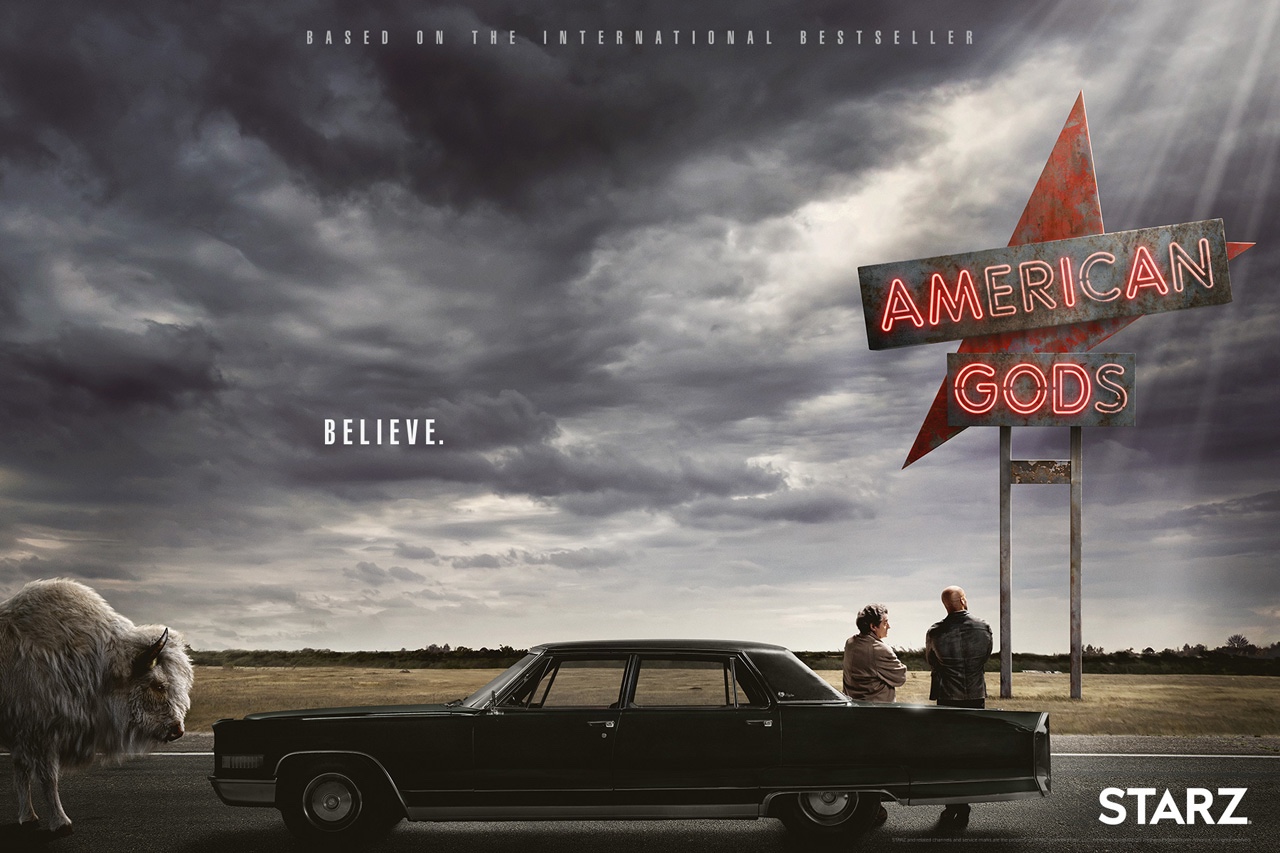 December 5, 2018 – Starz, (a Lionsgate company) announced today that the eight-episode second season of the epic series “American Gods” will premiere on Sunday, March 10th, 2019 at 8PM ET/PT on STARZ and will be available the same day on the STARZ App.

Worshipers who wish to pledge devotion to the critically-acclaimed first season of “American Gods” can tune in and live tweet the eight-episode Holy Day Binge Saturday, December 29, beginning at 12pmPT/3pmET.

Starring Ricky Whittle (The 100, Nappily Ever After) as Shadow Moon and Ian McShane (“Deadwood”, John Wick) as Mr. Wednesday, “American Gods” is a one-hour drama adapted from Neil Gaiman’s best-selling novel about a war brewing between Old Gods and New Gods: the traditional gods of mythological roots from around the world steadily losing believers to an upstart pantheon of gods reflecting society’s modern love of money, technology, media, celebrity and drugs.

We were forged in God’s image, but the Gods are also made in ours — and in Season Two the battle moves inexorably toward crisis point as the destinies of gods and men collide. While Mr. World plots revenge for the attack against him in Season One, Shadow throws in his lot with Wednesday’s attempt to convince the Old Gods of the case for full-out war, with Laura and Mad Sweeney in tow. A council at the House on the Rock explodes into chaos, sending deities both Old and New on quests across America that will converge on Cairo, Illinois: forcing Shadow to carve out a place as a believer in this strange new world of living gods — a dark world where change demands commitment, and faith requires terrible sacrifice.

Written by Neil Gaiman in 2001, American Gods has been translated into over 30 languages and earned numerous accolades including Hugo, Nebula and Bram Stoker Awards for Best Novel.

Production on the second season wrapped earlier this year in Toronto.