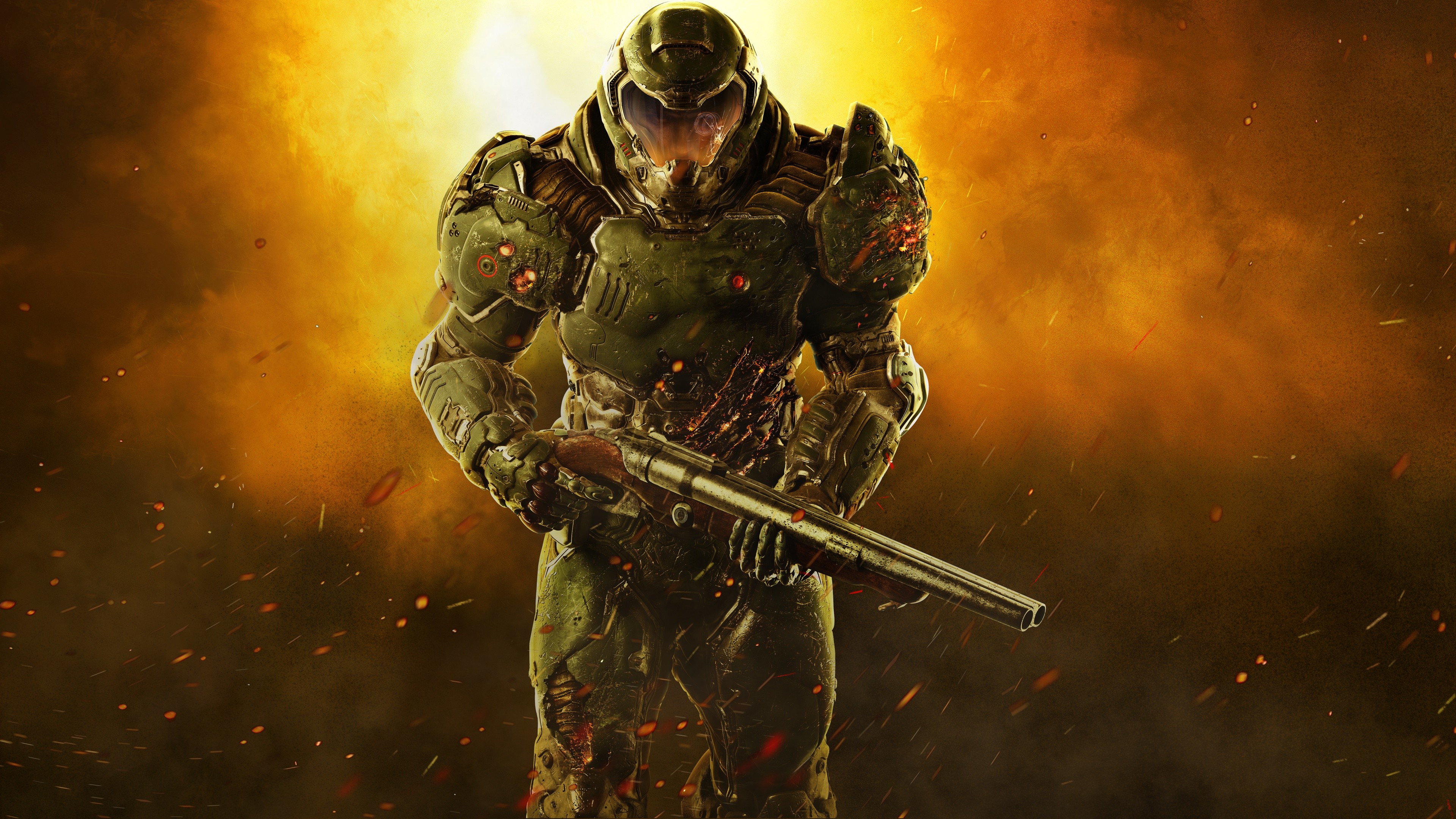 With the world on quarantine and lock down due to COVID-19 and Id Software and Bethesda’s newest addition to the franchise that mainstreamed the first-person shooter, Doom: Eternal, releasing on Friday, there was no better opportunity to take a look back at the previous installment that rebooted the Doom franchise and was the first major installment since Doom 3 in 2004, Doom (2016).

I have not played Doom since it’s initial release in 2016 in which I played through the campaign and tried a few rounds of multiplayer only to return to the game a few times a year to replay certain levels and boss matches, making this my second true play-through in preparation for Doom: Eternal.

After being awoken from hibernation over a hundred years later to find a new human portal system connecting moons on Mars being overrun by the forces of Hell, The Doom Marine, or Doom guy, sets out on another mission to close the portals that connect our solar system to the darkest dimensions imaginable. On this journey Doom guy collects weapons and power ups that enable him to obliterate any evil forces that stand in his way.

As I boot up the game on my Xbox One (jokes are welcome in the comment section), I am greeted to the opening menu theme whose bass picks up more than most boss level soundtracks posses. I begin the campaign on “Hurt Me Plenty” difficulty and allow myself to be thrown to the Planet Mars to shred demons, and the second I am given control over the Doom guy I am easily re-familiarized with a game that I have not played in nearly four years. The gory opening of Doom guy’s awakening, discovery of a new shotgun, and the brilliance of Mick Gordon’s soundtrack aggressively set the tone, in the best ways imaginable.

From the opening sequences of The UAC levels on Mars, to the Lazarus levels of Hell, Doom reminds me time and time again why it is considered one of the best first-person shooters of this generation. With an assortment of weapons and attachments such as the plasma rifle, rocket launcher, chainsaw, and the classic BFG, it is easy to rip and tear through the barons of Hell even when the enemy spawns can be overwhelming during certain waves.

Despite a linear structure and design to the levels there is a vast amount of exploration available and can create a difficult challenge for the elite gamers and can ultimately influence your game play potential. Many of the maps in the game actually can become extremely complex and rivals the structures seen in the most creative of indie games, and becomes reminiscent of older games such as Super Metroid, and this complexity becomes apparent once an auto map has been found and shows the size and scale of these levels.

The original Doom series, and even Doom 3, were known for their variety of secrets and Easter Eggs, the developers of Id assured fans that this tradition would continue with the addition of collectible “Pop Vinyl” figures of Doom guy, and playable levels from the original Doom.

Each secret location and Easter Egg also carry powerups and weapon attachments that can be used to make your tour through Hell a little easier.

While Doom is one of the most exhilarating and enjoyable games of the most recent generation, it is by no means a perfect game. Minimal story aside there are pacing issues as there are moments when you could be on a rampage only to be halted by an airlock or cut scene involving Samuel Hayden (the Argent President that had his body moved to A.I. following a cancer diagnosis) and Olivia Piece (the team lead of the Argent programs) that can cause certain moments to slow. This can benefit as it gives your hands a few seconds to cool down and provide exposition for the overall narrative, however that narrative is minimal and most of the dialogue can be brushed off as transitional. The biggest complaint I have against Doom is the over reliance on glory kills which can save you time and time again with health and ammunition power ups. There are times when a wave of enemies can be challenge, one correctly placed glory kill and suddenly you can dominate the playing field with ease. Luckily, a glory kill requires close proximity to an enemy and can result in you being overwhelmed by nearby demons.

Upon completing a second play-through of Doom I discovered that I hold the same love and praise for the game as I did four years ago. The action is faster than almost any first-person shooter, the weaponry and customization of attachments makes for an exploratory feeling when using your weapon cycle, and the soundtrack alone make the experience worth a full price tag. Ultimately the tone, use of surroundings, and a touch of nostalgic make Doom one of the best video game experiences of this generation.

Is it Too Much to Ask For? Possible Ashoka Tano Casting
Video Game Analysis: A Retrospective Guide To All things ‘Resident Evil’