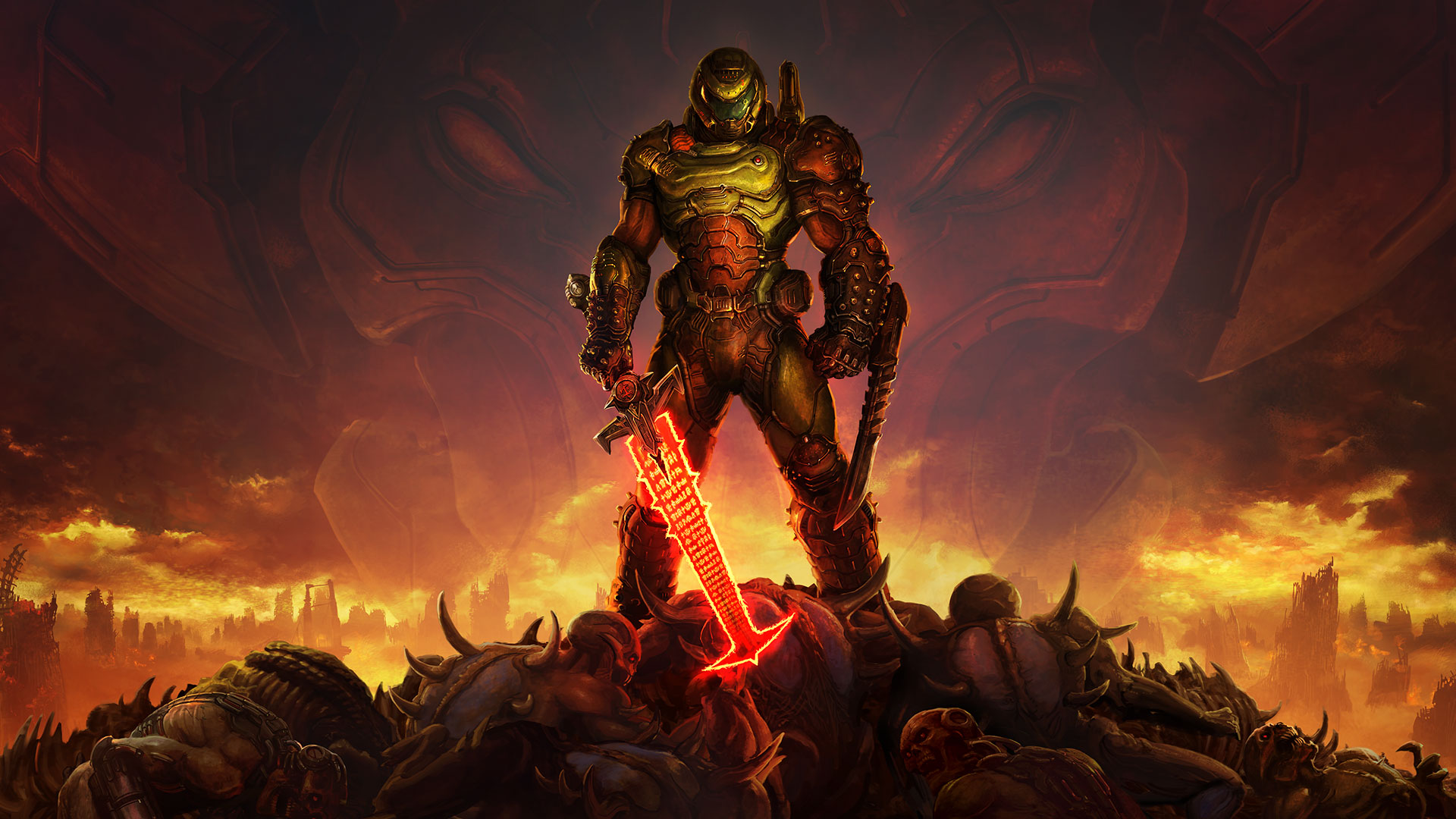 In 2016 Id Software and Bethesda Softworks released a reboot of the 1993 classic Doom, called… Doom, which saw success both financially and critically, being adorned as one of the best first-person shooters of the current generation. Doom reinvigorated the franchise following nearly a decade of Doom 3 and Doom 3 expansions that slowly lost touch with it’s fan base over time, and did it in a way that maintained the tone and nostalgia of the original games whilst introducing modern first-person concepts which led to the creation of a game that kept you engaged, excited, and on the edge of your seat for the entire run. Four years later and we are witness to it’s sequel, Doom: Eternal, which had released this past weekend and not only matches the action and excitement felt in the 2016 version, but surpasses those concepts that were introduced.

Doom: Eternal features a return to many of the forms seen in it’s 2016 predecessor such as no reload, strong combat arenas, and strategic exploration but also introduces new options such as incredible weapon and Doom guy customization, a developed story, and The Fortress of Doom, which serves as a hub for the player, and each of these additions enforces greater depth and immersion for a truer Doom experience. Doom: Eternal takes place two years following the events of the first game, Doom guy has escaped and makes his way back to Earth only to discover that 60% of the population has been wiped out by the forces of Hell. Armed with an array of similar and new weaponry including the Ballista and Meat Hook attachment for the Super Shotgun, and The Fortress of Doom, Doom guy is tasked with returning to Earth to send Hell back to once it came.

There is no question that Doom: Eternal is a strong follow-up to the 2016 reboot, however fans of the franchise may find the additions and inclusion of certain features of the game to be either that of having “too much” or “too little” at the same time; the difficulty in this game is extremely high in comparison to Doom, the once exploratory maps from the first have become platform-based in Eternal, and the over saturation of your arsenal can in itself be frustrating as there can be very small differences made in comparison to the time spent achieving or adding them. To me these are strengths as they force the player to rely heavily on strategy as opposed to run-and-gun, which to some may go against the grain of what Doom is, however the speed and pace of Doom: Eternal still greatly exceeds those in the genre. Instead of each demon being used as a bullet sponge there are specific tactics that can be used against each enemy. The Marauders for example, one of the more difficult enemies that usually show at the end of a wave, are usually too fast for a shotgun or single-shot explosive from a grenade or rocket. Rather aiming a chain-gun at their feet and using the flame belch, a flamethrower attachment for your armor, and you can usually find a space to slow them down.

The new feature of having to shoot off pieces of the enemy to target weaker points as opposed to only shooting the head opens the door for creative thinking and control. These strategic changes can also be applied when defeating an enemy; flame belch drops armor, chainsaw drops ammunition, etc.

My personal favorite weapon to use is a choice between the stick grenade attachment for the Combat Shotgun, or the freeze grenades. Sticky grenades, while a vital part of many first-person shooters, did not play a part in Doom (2016), and freeze grenades are a great way to slow a swarm of demons and allowing you to focus on a separate group.

As stated, the integration of more strategic first-person shooting may be polarizing to some and the same could possibly be said for expansion of narrative and lore within the Doom Universe. I am going to try and avoid spoilers but Doom: Eternal’s usage of a mythological narrative as opposed to the sci-fi horror elements that had been felt in the previous installments definitely makes this game feel closer to the storytelling and world-building of what you would see in an installment of Halo. The Hell Priests, led by corrupted leader, Khan Maykr, are the leaders of the invasion and you must go through each Priest to slow the reign of Hell… Remind you of certain Prophets?

On the technical side I will say that recent games such as Doom and God of War should be used as reference for teaching Direction, linear level structuring, and soundtrack synchronization. Coming from Doom (2016) both Director Hugo Martin and Composer Mick Gordon once again demonstrate their masterful skills in Eternal. The levels, whilst more linear than that of the previous installment, a visually gorgeous and are incredibly large and can often catch with your jaw dropped at the sight of many backdrops. The soundtrack possesses the same aggressiveness that was felt before, however Mick Gordon provides orchestration to make the transitions in tone seamless. With tracks such as Nightmare and Demonic it is easy to get your heart rate high and your fingers fast. Doom: Eternal is a technical marvel and, with the Id Tech 7 engine, is what makes it special is the way in which the game completely separate itself from any other game out there. Another small touch is how easy and accessible the menus are for how complex the customization system, it is simple to access which specific weapon and attachment you need whilst being able to quickly transition between maps and power ups without taking time to search.

Doom: Eternal is everything and more from what you would expect for a follow-up to the 2016 reboot. Id Software has once again created another solid installment with bigger and grander levels, strategic game play without compromising speed, and a soundtrack that will rattle your bones and your mind for days to come. With a campaign that clocked-in at over 18-hours of gameplay, Doom: Eternal will keep you asking for a greater challenge every step and further expand the world that had been rebuilt four years ago. Raze Hell!