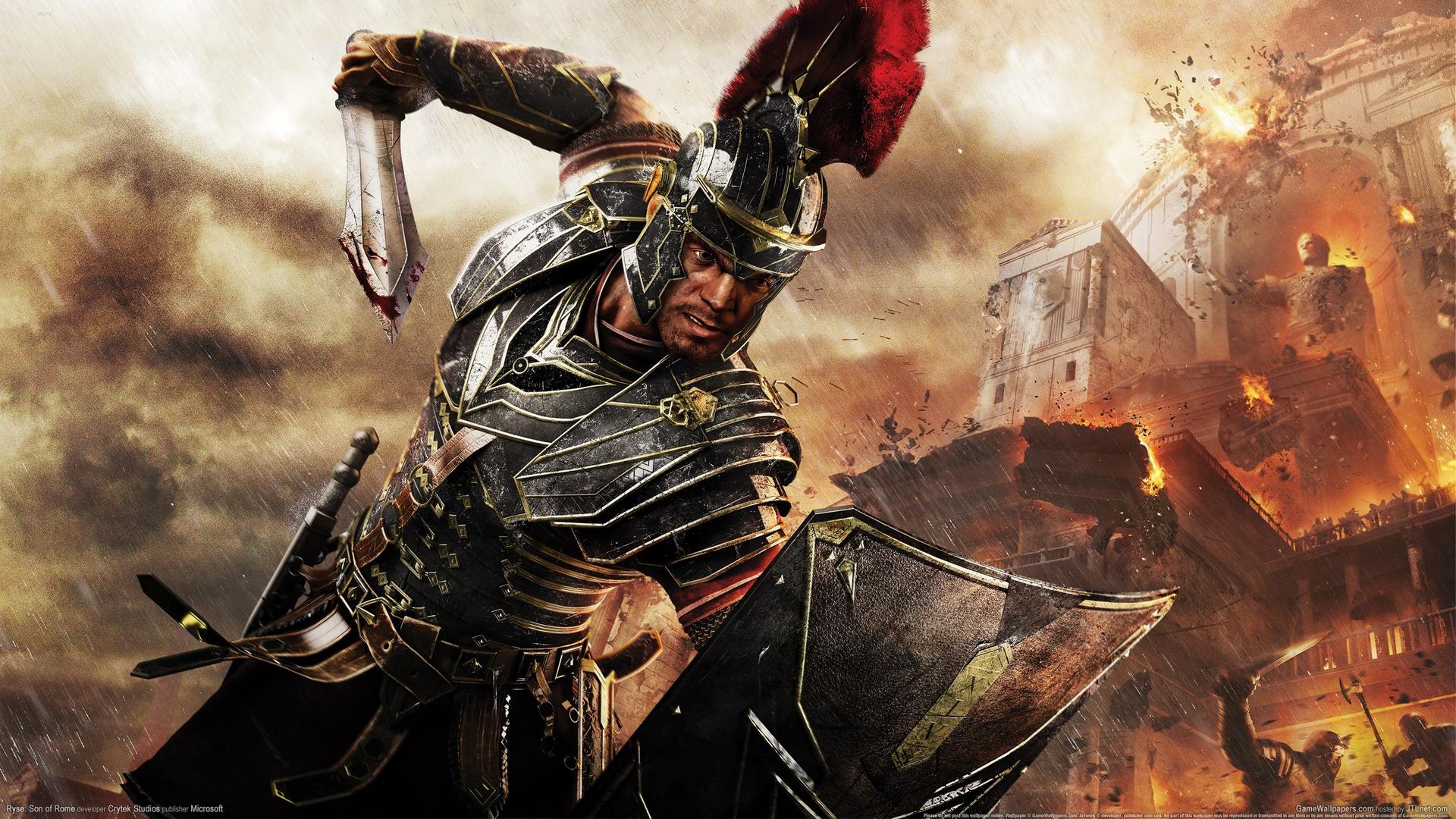 With Covid-19 being in full swing, I, like many others, have found a lot of time on my hands that I previously hadn’t. So I did what a lot of people I suspect did, I went browsing on all my entertainment platforms to see what things were on sale that could help kill a reasonable amount of time. Eventually, my search led me to the treasure trove of sales, Steam. And what should Steam have front and center on my recommend list? Ryse: Son of Rome, which was very ironic to me because I remembered angrily boycotting this game (for reasons we will get to later), but when I saw the price had been marked down to $4.99, I figured that there are very few games that would disappoint at that price, and I was right. What I found was a game with fantastic mechanics and design that was fatally crippled by one of the worst researched and put together narratives I’ve ever seen. Without further ado, let’s talk about Ryse: Son of Rome.

Because I’d like to consider myself a relatively optimistic kind of person, I want to start off by talking about the things that I really enjoyed. The best thing that Ryse accomplishes is a unique combat mechanic that really does make it feel like you’re a legionnaire. This goes not just for the singular combat, but the group combat when you take control over your fellow legionaries in battle. The only thing I would try and improve in this regard would have been to make the legion combat more than just testudo formations and pila throwing. Not sure how I’d go about it, probably use the game’s color coding for executions for it and rather than losing out on just xp by not getting the right sequence of buttons, you lose soldiers in your line. That being said, as I said, the combat is fun and engaging. This is amplified by the game’s gorgeous design which comes as no shock as the game was meant to showcase the potential of the X Box One. I also have to commend the game’s multiplayer as tag teaming an arena with a friend is, especially during quarantine, a really fun way to kill a few hours back to back. Sadly, however, this is where the good news ends.

Sadly Ryse: Son of Rome is this rather uninspired blend of Ridley Scott’s Gladiator and James O’barr’s The Crow. While a mythology-based story of revenge set in antiquity has a lot of promise, this game fails in its utter ignorance of the history it’s meant to represent. If my friends and family were to pick two things that define me as a person as far as my passions are concerned, those two things would be comic books and history (specifically antiquities). I love history, more than that I love Ancient Greece and Rome specifically. I competed in Latin Certamins as a middle school student and the Iliad was one of my bedtime stories growing up, so one of my favorite books I had ever read for a long time was Caesar’s Legion by Stephen Dando Collins. This is a period that I love, and so to see it butchered to a degree that even Hollywood would blush at was astounding.

Just to rattle off some examples: Emperor Nero is old (he died at the age of 31) and has two sons (Nero married a man), one of whom was Commodus (son of Marcus Aurelius and an emperor himself; made notorious as the villain of the aforementioned film Gladiator), and Hadrian’s wall (named for the Emperor Hadrian which served to separate the civilized world of Britannia from the uncivilized world, which was essentially Scotland) is already in place, despite the fact that construction of this wall didn’t begin until almost 60 years after Nero’s suicide. Ironically the one thing they have going on during the right period, the Boudican uprising (which began in 60 or 61 AD during the middle of Emperor Nero’s reign), they even manage to mess this up by having her launch an invasion on Rome riding Carthaginian War Elephants (also problematic as Carthage was razed to the ground and the earth salted by Scipio Africanus after the siege of Carthage which ended in 149 BC, almost 200 years prior to the reign of Nero). It’s one thing to take a little bit of artistic license here and there for the sake of drama, but when the faults of your narrative are things that are quick google search or reading a Wikipedia article could solve, it’s just shameful. Even the points of the story that had promise, like the whole concept of the Black Centurion, a specter of a betrayed general by the Roman Goddess Nemesis (the deity of retribution and revenge), are squandered as they instead use two completely made up constructs and deities representing spring and winter to push forward the game’s fantastical narrative.

The development team of this game defends these decisions by saying that this is an alternate history. This is sorry excuse is on par with the one Ubisoft game for Assassin Creed: Unity as to why French accents were absent from the game as a result of the animus (nice try guys, what about the protagonists from the past 5 games that had authentic accents for their respective regions), except at least with Unity the accents were a minor detail and not the very crux of the game’s plot. Ultimately, the shameful disregard of Rome’s rich history prevents Ryse: Son of Rome from being the masterpiece it could have been, and instead reduces it to a junk food game that I would hesitate to spend more than 10 dollars on. Perhaps if the developers were more concerned with making a good game over showcasing a new console’s capabilities, we might be telling a different story today. Sadly, that’s not the case.

It’s Been Four Years Since the Release of ‘Batman vs Superman’ and It’s Only Gotten Worse
“A Demonic Masterpiece” Doom: Eternal Review