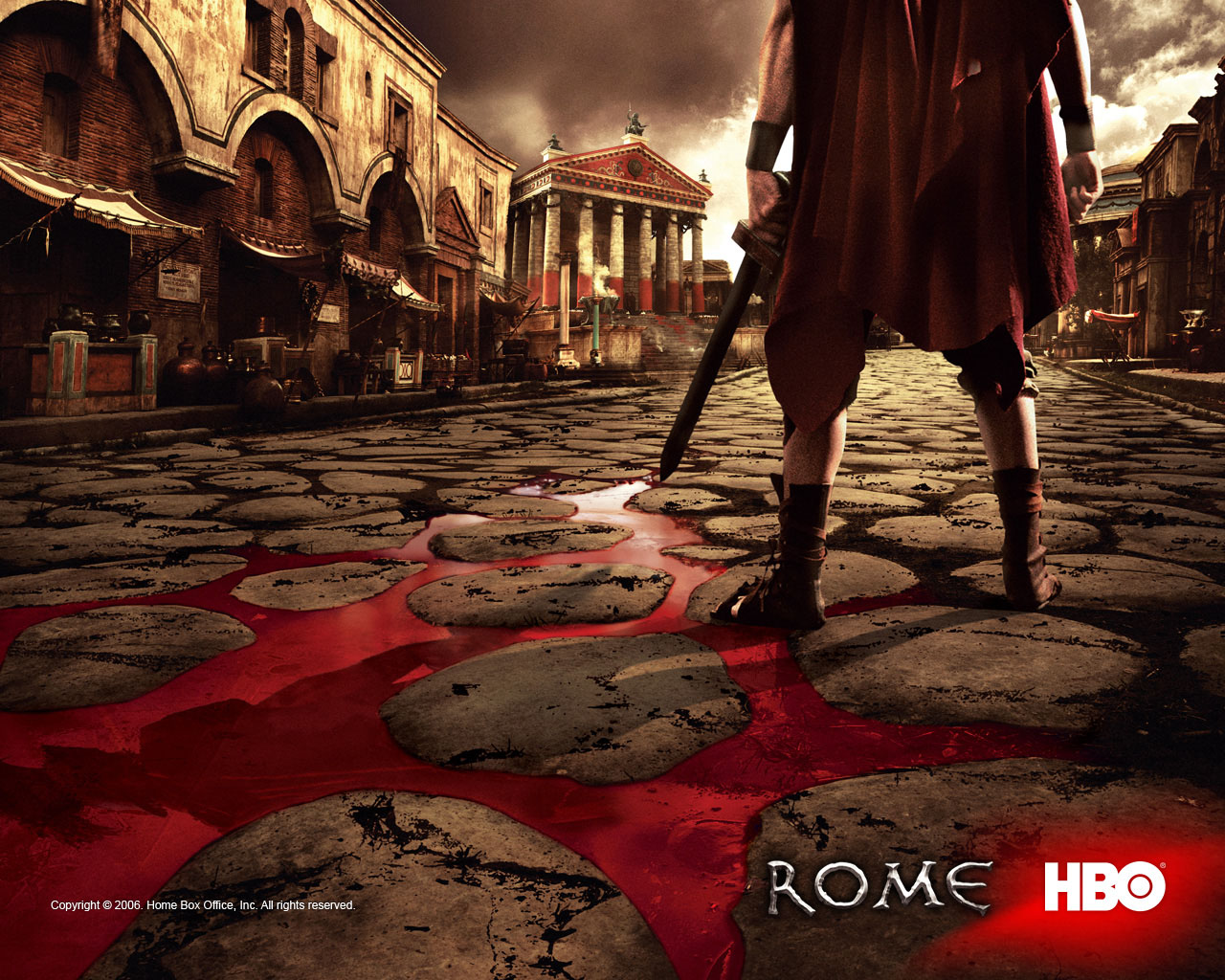 In the past few years premium television has skyrocketed. Shows like HBO’s hit series Game of Thrones have dominated the small screen. This influence has spread and engaged streaming services like Netflix or Amazon Prime to invest in their own premium shows of all different kinds and all different genres. Premium cable has almost become the new standard for tv shows as we see budgets and design for even basic cable increase to almost motion picture level in order to prevent the highest quality they can. However, it’s an interesting thing to think as to where this journey really began. To do that we need to go back to 2005, and take a look at the first truly premium show: HBO’s Rome.

When you look at a list that showcases the reason fans love Game of Thrones you will see things like complex character writing, set design, the graphic content, and the political maneuvering throughout the show. These were all set by Rome back in 2005. Rome follows the history of the beginnings of the Roman empire starting with the rise of Caesar and fall of the Roman Republic. The show follows multiple different character perspectives allowing for multiple leads, but if I had to pick a concrete protagonist, there are two: Lucius Vorenus, and Titus Pullo.

Vorenus and Pullo are soldiers of Caesar’s 13th Gemina Legion. Vorenus is a 1st spear Centurion (the pseudo-equivalent of a modern-day Platoon Sergeant in the military) and Pullo is a legionnaire (foot soldier). Both of these men are battle tried veterans of Caesar’s Gaulic Campaign and they are the cog that keeps the narrative wheel turning. The events of history play out and the cause and effect of those events is dictated by the actions of these two men. They also serve to ground the show’s narrative as a lens to perceive the life of the plebeian (common people) class of citizens, while the rest of the real grand players (Julius Caesar, Marc Antony, Pompey, Cicero, the big names of the Roman political theater) showcase the side of nobility, religious practice, and, most importantly, the politics and war.

Bringing story and characters to life is the calling of actors. Rome found itself a studded cast of talent. Professional stage and character actors that brought these characters to life. From lesser names like Kevin McKidd and Ray Stevenson, who play the characters Titus Pullo and Lucius Vorenus, to much bigger names like Ciaran Hinds and James Purefoy, who play Julius Caesar and Marc Antony respectively, the show is just brimming with talent. These men and women disappear into the roles they are cast to play, but as impressive as they are, the stage on which they got to play is what really made Rome what it was.

However great the writing of this show is, however great the characters or the actors portraying them, the biggest feat the show accomplished was in creating a setting of pure authenticity. The history of civilization, of the world, has been dubbed as the greatest story ever told, so as someone who is a bit of a historian myself, it has always pained me a great deal to see just how often Hollywood and the Entertainment Industry is willing to cast authenticity to the wayside. Details are what make a story, they allow for an audience’s suspense of disbelief. In order for an audience to buy into the notion that these aren’t just actors, that this isn’t just another film set, that you are walking through the Via Flaminia, that you are watching business be conducted in the Roman Forum, or that you are listening to the Great Republican Orator, Cicero, lecture the Roman Senate on the future of the Republic, if you want people to believe that this is Ancient Rome, those details are important. HBO’s Rome goes above and beyond in that regard. Set pieces capture the beautiful Roman architecture, not as the white colonnades and ruins that we see today, but as the richly kept up buildings they were in their heyday (painted and covered in profane graffiti). Costumes and armor are rich and period-accurate in design. Rome doesn’t just suspend the audience’s disbelief, through authentic design the show brings the audience back to the glorious twilight of the Roman Republic.

While it may have only gotten 2 seasons, HBO’s Rome built a large and strong fanbase to support it, and while it may not have been as successful as its successors in premium cable, it set the base bar for quality extremely high and as a result, high quality is what we got. We owe a lot to Rome both historically, and to the show, so be sure to check it out. Until then, for my fellow classicists (forgive me if this is wrong, my Latin is a bit rusty), Romae Gloria!

Is it Too Much to Ask For? Possible Ashoka Tano Casting
‘Todd McFarlane’s Spawn’ Is A Brilliant & Overlooked Masterpiece