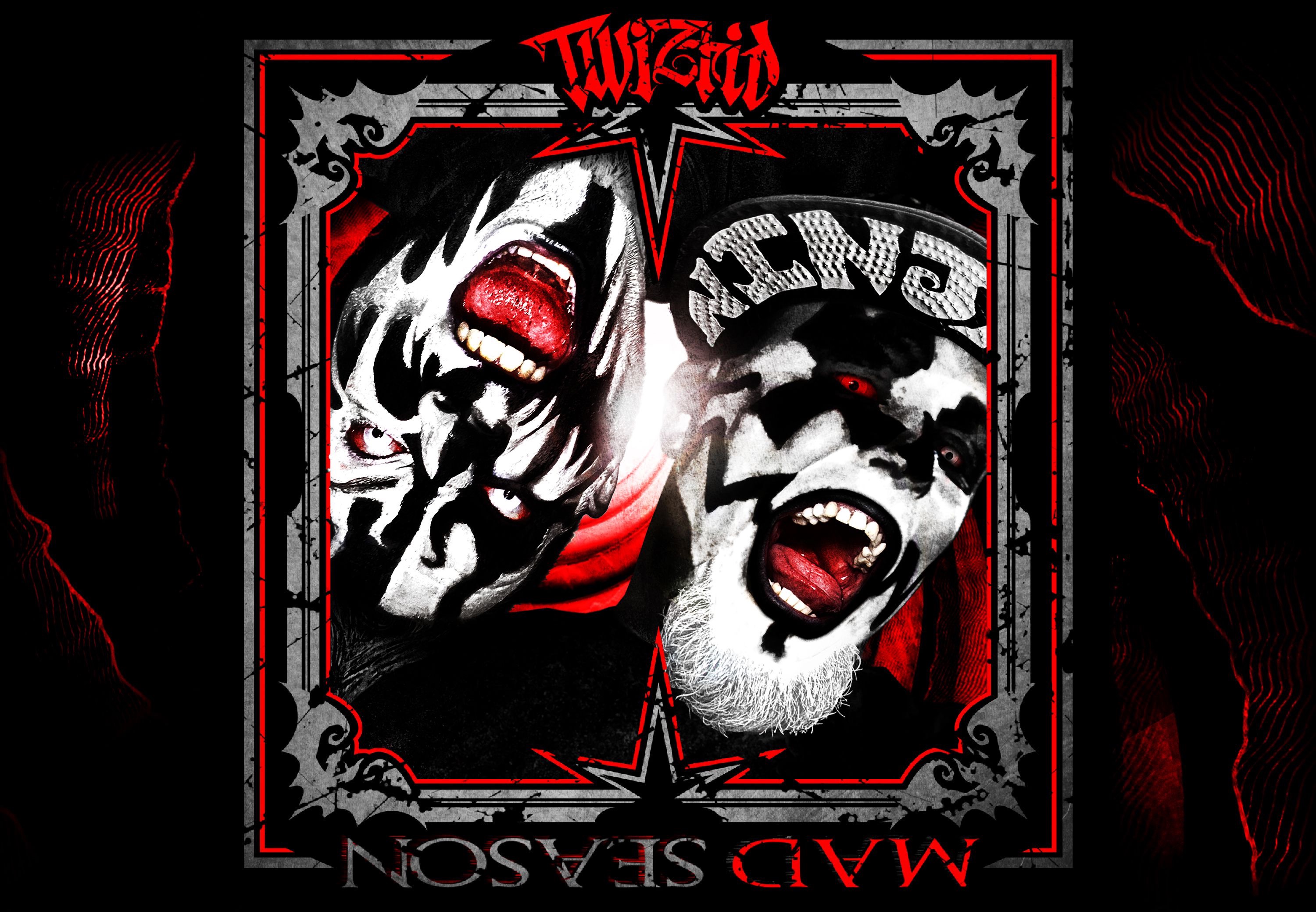 April 20, 2020 – Alternative rap duo dropped a major surprise on fans today, with the release of their 15th major release album, Mad Season. On Sunday morning, Twiztid put out a teaser video, directing fans to YouTube at midnight. When fans arrived to the YouTube channel, they were surprised once again with a new video for the single, “Off with They Heads,” from their new release album Mad Season. What surprised fans even more, was a complete new album being available to buy immediately on the band’s website, www.Twiztidshop.com.

Four months ago, the duo, comprised of Jamie Madrox and Monoxide, started recording the new music. When social distancing and “Stay at Home,” orders went into place, the duo had to change directions and take all the creative, filming, recording and editing into their own hands. “We shot “Off with They Heads,” in our own homes with an iPhone and an Android in quarantine,” Jamie Madrox, of Twiztid shared. “This is a different approach in a different time. For us, the release of a new album usually requires an abundance of pre-prep and promotion, but with the rest of the planet currently in quarantine, we felt like this surprise drop would be welcomed with open arms.”

With a different approach to the process of creating the new music and video, the duo also made some significant changes to their look and sound for this album. The duo, known for their wild make-up and wicked rock rap sound, created new patterns of paint on their faces and went back to the old school sound, making Mad Season hip hop. “Mad Season has a similar feel to our 2002 release Mirror Mirror,” Madrox said. “It was a conscious decision, I guess that’s how the artistic evolution of the lyrics and music were coming out of us.”

Twiztid planned on releasing this album at their annual “420” show, an event they’ve been performing at for the past seven years.

Twiztid is an alternative rap duo out of Detroit, Michigan. The band will celebrate 22 years of performing this October. Outside of performing, the duo created Astronomicon, a pop culture convention going into its fourth year in 2021. In addition, the duo has a comic series called Haunted High On’s, which is currently in development for a series through Night Sky Productions, the company responsible for Amazon Prime’s The Boys.

Check out “Off w/ They Heads” official video!